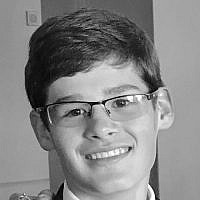 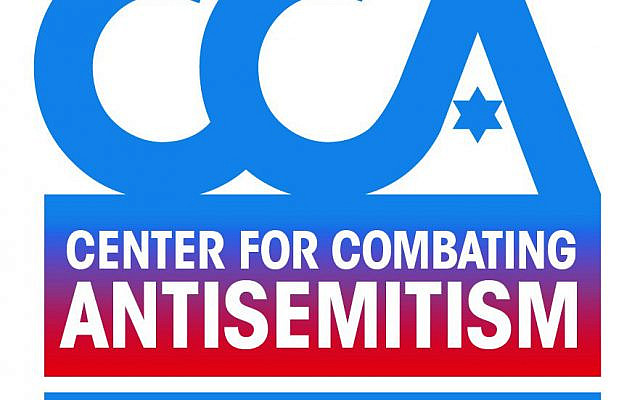 The logo for the Center For Combating Antisemitism (StandWithUs)

Unfortunately, anti-Semitism, the world’s oldest hatred, continues to persist and grow. The expulsion of Jews during the Spanish Inquisition, King Edward I of England’s Edict of Expulsion in 1290, General Ulysses S. Grant’s General Order #11—which expelled Jews from the area under his command, blaming them for smuggling and cotton speculation—and Nazi Germany are just a few examples of the oppression that Jews have faced for thousands of years.

On college campuses, anti-Semitism often exists as a different  manifestation: anti-Zionism, which is the denial of the Jewish people to statehood and self-determination in their indigenous homeland. It is not unusual for professors to ostracize or threaten to fail Jewish students for supporting Israel; federally-funded college programs espousing anti-Semitism have become all too common even when in violation of Title VI of the Civil Rights Act. Intersectionality is prevalent on college campuses and is used by the anti-Israel crowd to build alliances with minority communities—many of which are facing legitimate suffering—to blame Israel for unrelated oppression.

Yet as common as the hatred towards the Jewish people, is the legal system’s often failure to correct these injustices. On February 3, 2021, in the case of the Federal Republic of Germany. v. Phillip, the Supreme Court of the United States ruled against the heirs of Holocaust survivors, who Nazis coerced into selling artwork for just ⅓ of its price.

This rise in anti-Semitism begs the question of where the legal system has been for Jews. Many Jewish Americans have profoundly impacted the law. Louis Brandeis, Felix Frankfurter, Ruth Bader Ginsburg, and Alan Dershowitz are a few who used the legal system to end systematic discrimination towards minorities. What is needed now are attorneys who are utilizing legal tools to ensure that the law protects Jewish Americans, particularly students.

Attending StandWithUs’ annual International Conference, “Israel In Focus,” on January 30-31 together with my peers, I heard from Carly Gammill, an experienced first amendment litigator. We learned about her work as director of the (CCA), a division of StandWithUs. The CCA’s mission is to help people identify anti-Semitism and anti-Zionism and use the law to protect Jewish people.

CCA educates the pro-Israel community about the rights they have under the constitution and relevant statutes when advocating on behalf of the Jewish people or Israel. Alongside CCA, another StandWithUs division, the StandWithUs Saidoff Legal Department, provides free legal tools to anyone seeking help fighting anti-Semitism and anti-Zionism. Students and community members bring anti-Semitic and anti-Israel incidents to the attention of StandWithUs, and the various departments work together to analyze and identify the most optimal course of action. In some cases, this might be legal assistance, often with the help of the over 200 pro bono attorneys in StandWithUs’ legal network. At other times, assistance might be in the form of educational efforts through CCA. In 2020 alone, the Saidoff Legal Department handled over 330 requests for legal help.  People can report an anti-Semitic incident HERE.

In particular, high schools have become the new battleground for anti-Semitism. For example, in September 2020, high school students created an Instagram account that compiled and posted a list of specific Jewish students in Marin County, CA . They added an anti-Semitic cartoon, encouraged others to join their group, and showed a teenager wearing a Nazi helmet. In December 2020, a Long Island, NY Jewish day school’s website was hacked and filled with neo-Nazi imagery that also resulted in leaked personal information about students enrolled at the academy. On January 26, 2021, the principal of San Francisco’s Lowell High School admitted it was “highly likely” that racist, anti-Semitic and pornographic content shared on a virtual bulletin board was posted by a student.  It happened on Inauguration Day, as the students were writing reflections after a lesson in racism.

CCA and SWU Saidoff Legal Department took action by writing to the administrations, meeting with students, and providing resources and answers to their concerns. Ultimately, the administrations condemned the actions, vowing to bring the perpetrators to justice and pledging to hold programs educating students about the dangers of racism and anti-Semitism.

The Center For Combating Antisemitism has also taken steps to combat the rise in violent anti-Semitism through public relations efforts. These sorts of instances have manifested in the past five years, whether on the streets of New York City, the home of a rabbi in Monsey, NY or a synagogue in Pittsburgh. By offering monetary awards that leads to the arrest and conviction of perpetrators of violent anti-Semitic crimes, CCA works to bring the offenders to justice..

I am fortunate that my day school has not been plagued by anti-Semitic speech and anti-Israel incidents. However, I expect that I will likely encounter this kind of rhetoric at university. I feel prepared to respond to it and if necessary, I know that CCA and the SWU Saidoff Legal Department will be there to take the appropriate legal action to ensure that the law protects Jewish Americans.

About the Author
Blake is a 12th Grader at Jack M. Barrack Hebrew Academy in Bryn Mawr, PA. He is currently the Political and Press Director of the High School Democrats of Pennsylvania.
Related Topics
Related Posts
Comments