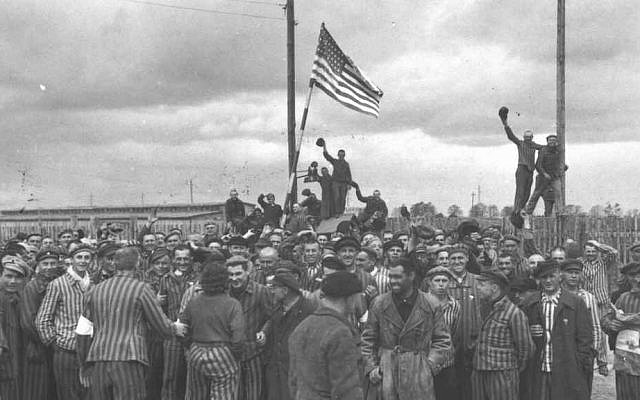 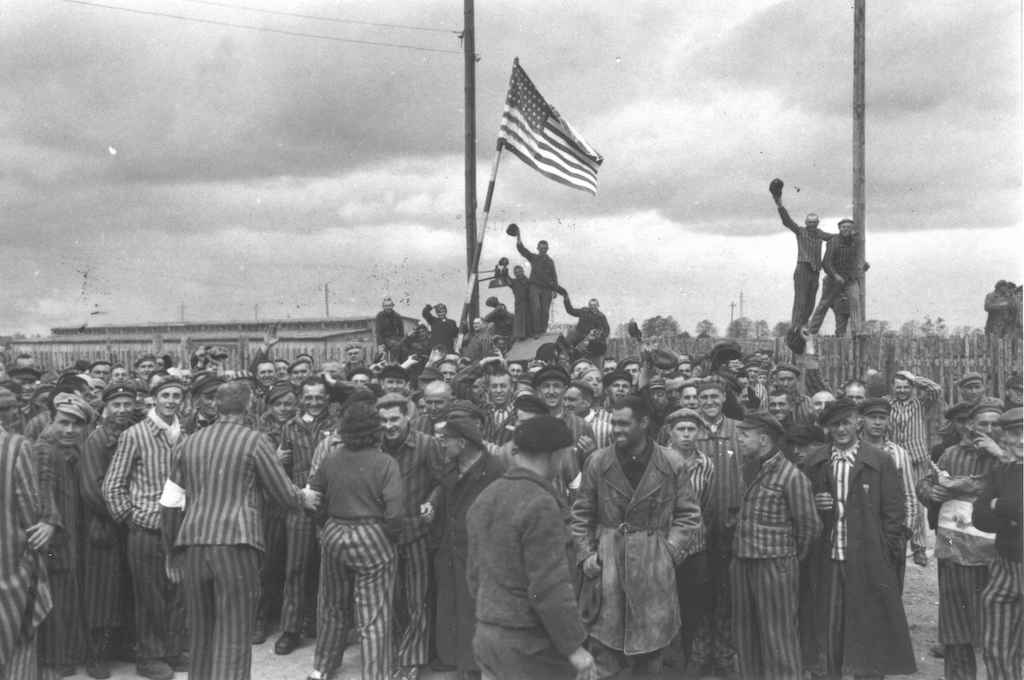 There is so much I must write to you about. I know you have been worried about me but the very fact that you have this letter should assure you that I am still well and trusting in God. A little tired and worn out perhaps and maybe a little older now than my 22 years – but well, nevertheless.

Thus begins what appears to be a typical letter to his family by a young American soldier fighting in Germany in spring 1945. But as the letter continues, it is anything but typical. Its young author, Sammy, a Jewish soldier from the Midwest, went on to recount two consecutive scenes that encapsulate in high relief the encounter with Nazi camps by some of the Jewish soldiers who liberated them.

On April 29, 1945 Sammy served in the company that spearheaded the drive toward the village of Dachau and the infamous concentration camp that had been established there in spring 1933 by the Nazi regime. Before crossing into Germany proper, his unit, the 45th Thunderbird Division, had taken part in the bloody and costly battle to thwart Germany’s last major offensive in the Ardennes Forest during the previous December and January – the Battle of the Bulge. Hardened warriors, Sammy’s company had been moving across Germany for several weeks and most recently Sammy had written home from Nuremburg. Nonetheless, on the day they approached Dachau and later entered the camp, these soldiers would be in for a great shock.

On a street in the town, just outside of the camp they came upon a train. The cars were filled with dead bodies, among them women and children who had had died of starvation and dehydration, or had been shot. This train came to be known as the Dachau Death Train. It was composed of some 5,000 prisoners who had been dispatched to Dachau from Buchenwald on April 7, 1945, and had travelled for three weeks. It was held up because of the bombing of the railroad tracks and never reached Dachau. Sammy wrote: “When our company first approached the camp we came upon a railroad on which there were many boxcars – all of them filled with dead bodies, and the stink was horrific. There were many young children, women and men who had been lined up and machine gunned to death by the SS just a few days previously.” As they entered the camp itself, which they had smelled from far away, they saw additional signs of atrocities, the dead, the crematoria and the hellish barracks, and they met prisoners in striped uniforms who told them of their terrible ordeal of brutality, suffering and murder.

The soldiers’ response when they met the SS guards near the train and then in the camp itself was “to take no prisoners.” They did this because of a burning righteous anger and the belief that the SS were “no better than swine.” Sammy wrote that they killed 350 SS men. The shooting of SS men at Dachau is well known to historians, but remains a matter of controversy, especially regarding the number killed. Sammy’s letter may well put that controversy to rest, since it was written only two days after the event, as unsolicited testimony in a letter home; it can be considered free of bias.

Following on the heels of the killings, Sammy next experienced something no less compelling, but an occurrence of a different kind altogether. When the soldiers entered the camp, Sammy related, prisoners surged toward, some falling on the ground at their feet and kissing their boots in gratitude. When the soldiers handed out cigarettes and rations people fought over them. A Jewish prisoner asked Sammy if it was true that there are Jewish soldiers among the Americans. Sammy answered him that he himself was a Jewish non-commissioned officer and the prisoner “nearly went mad.” He wrote: “Soon I had about 50 Jewish men and women hugging and kissing me. They were starved for ‘das Yiddish geist’” he wrote, “and I so much wanted to make them happy. I sang from ‘chaznish shtieklach’ for them and also ‘a Yiddishe mame.’ One asked if I wouldn’t write my Jewish name for them on a piece of paper. Soon I was scribbling [it].” Sammy most probably was the first Jewish soldier to enter Dachau. The juxtaposition of shooting SS men and then singing for Jewish survivors is nothing less than surreal, but it was all too real.

During earlier fighting, while crouching in his wet and cold foxhole, Sammy had asked himself many times: “What is it all about? Why am I here? Why, Why, Why?” As he wrote to his family, the events at Dachau gave him his answer.

Sammy was not the only American soldier to ask himself why he was fighting and find his answer in his encounter with Nazi atrocities and the surviving prisoners. Nor was he the only one to feel that no punishment was enough for the perpetrators of the crimes. On April 18, 1945 two different Jewish soldiers from New York City wrote home about their first encounters with Nazi atrocities. Keal, from Queens wrote to his wife posing the question, is any “retribution vicious enough?“ Jake from Brooklyn, wrote: “Dear Folks… If you had any doubt as to the authenticity of these atrocity stories, you can remove it right now… It’s a sight I’ll never forget. They [the camp survivors] begged us not to show the Germans any mercy. They told me stories of barbarism that is beyond the realm of imagination.” In subsequent letters Jake wrote more at length about some of the Jews he met and how he tried to help them, thanking his mother for teaching him to be a “mensch.”

American soldiers in Europe, including the Jews among them, did not enter the war with a clear understanding of Nazi atrocities. Some, especially the refugees among them, may have had some understanding and even personal experience with early Nazi persecution of Jews, but they had only the vaguest ideas of the machinery of repression and murder that had developed during the war, until they actually saw its results. The sights and smells they met shocked and angered them deeply, and meeting Jewish survivors touched their hearts.

Reading these letters seventy years hence, we should not allow the passage of time to blunt the forceful indignation they express. Nor should we allow time to diminish the heartfelt impulse they depict to comfort and soothe the victims. We must try to learn from them that in the face of radical evil, war may be unavoidable and when necessary must be fought with determination. But like these battle hardened soldiers, we must never lose our empathy and compassion for the innocent victims of ideologies of violence and hate.