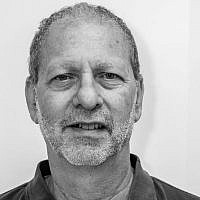 The Blogs
David Lehrer
Apply for a Blog
Advertisement
Please note that the posts on The Blogs are contributed by third parties. The opinions, facts and any media content in them are presented solely by the authors, and neither The Times of Israel nor its partners assume any responsibility for them. Please contact us in case of abuse. In case of abuse,
Report this post.

Last Friday, I received my first COVID-19 immunization vaccine. I will receive the second one in mid-January. This week, while listening to one of my favorite podcasts, “The Promised Podcast,” I was shocked to hear that prominent Israeli leftists and environmentalists have cast doubts upon the value or efficacy of the COVID-19 vaccinations.

I find this disturbing because, while there are still many unknowns about the virus and the vaccinations against the virus, the science is solid. It is my expectation that people who hold beliefs similar to my own, both socially and environmentally, would respect the science behind the vaccines. Most importantly, I expect my colleagues in the environmental movement to understand that only if 60 percent to 70% (maybe more) of the population gets the vaccinated will we all be protected from the ravages of the coronavirus.

I understand that there are risks in taking the relatively new vaccine, but the damage the pandemic is doing to our society and to the world makes it imperative that we use logic and facts to make decisions and not unfounded conspiracy theories from Facebook or Twitter.

In a recent convenient sample survey on mask-wearing, conducted by the Arava Institute in September 2020, among Israelis connected to the environmental movement, 95% responded that they wear masks regularly, according to government guidelines or in closed space and at events. When asked the reasons they wear masks, only 37% listed social pressure. Less than 60% also listed that they wear masks for fear of getting fined or fear of getting sick. The overwhelming majority of respondents, 84%, listed concern for infecting others, while 90% listed the belief that everyone must do their part to stop the spread of the virus.

Vaccination, like mask-wearing, is not only an act of self-interest, but it is also an act of civic responsibility required from an overwhelming majority of us in order to stop the spread of the virus. Those of us on the political left and or in the environmental movement, who often declare our concern for the threat climate change poses to humanity, must lead by personal example. Like climate change, the pandemic is an unseen threat that can only be mitigated by everyone doing their part.

About the Author
Dr. Lehrer holds a PhD from the Geography and Environmental Development Department of Ben-Gurion University of the Negev and a joint Masters Degree in Management Science from Boston University and Ben-Gurion University. Dr. Lehrer was the Executive Director of the Arava Institute for Environmental Studies from 2001 until August 2021 and has now become Director of International Development. Dr. Lehrer has been a member of Kibbutz Ketura since 1981.
Related Topics
Related Posts
David Lehrer
Comments