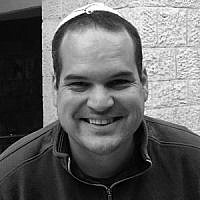 The Blogs
Jon-Erik G. Storm
Apply for a Blog
Please note that the posts on The Blogs are contributed by third parties. The opinions, facts and any media content in them are presented solely by the authors, and neither The Times of Israel nor its partners assume any responsibility for them. Please contact us in case of abuse. In case of abuse,
Report this post. 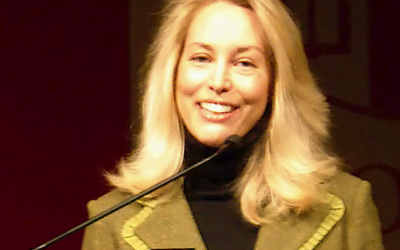 If you ask a decently informed American who Valerie Plame is, the answer you will get is probably that she was the CIA spy that was “outed” by the Bush Administration in retaliation for her husband penning an op-ed undermining the case that Saddam Hussein was building nuclear weapons. They might add that she is quite attractive.

None of them will tell you about her antisemitism.

“Plamegate” was indeed a despicable act harmful to national security for a small, short-term political gain, something increasingly familiar in American politics. For many on the left, this episode symbolized the depths to which the Bush administration—especially it’s Neoconservative faction—would sink to score political points and Plame became a poster child for this cause. Posters on the far-left Daily Kos waited for “Fitzmas,” a portmanteau of the last name of the prosecutor in the case, Fitzgerald, and Christmas. Plame later cashed in on this celebrity (and probably her looks) with book and movie deals.

Now, last spring, she announced that she would run for the safe Democratic seat in New Mexico’s 3rd congressional district to replace an incumbent who is running for senate. She sounds like a great candidate. There are not a few Democrats with memories of the Bush administration that cheered her announcement.

Yet in 2017, she tweeted an article from conspiracy buffoon Ron Unz entitled “America’s Jews Are Driving America’s Wars.” Her defense was that many of the Neoconservative hawks who blew her cover were Jewish. She has also allegedly made jokes about “rich Jews” and the “dancing Israelis” on 9/11.

It goes without saying that even a tiny fraction of this kind of behavior with respect to any other minority you could name would “cancel” Plame. These aren’t innocent misunderstandings: centuries old tropes like world domination and wealth, along with new blood libels alleging that Jews were behind 9/11 aren’t misdirected philosemitism or ignorant misunderstandings.

The illiberal left and the radical right do not find allies among those with shared values; rather, they find allies among those with shared enemies. This is the real reason they are so supportive of regimes and groups that throw gays from the tops of buildings and treat women as property. In this case, American military power. The converse applies to Israel, whose government and interests have aligned, from time to time, with their political enemies or against their political ends. So, despite Israel embodying shared values on numerous topics, it is singled out.

The contrived cultural logic of Intersectionalism has a loophole for Jews, of course, that relies on antisemitic tropes to validate (namely that Jews are rich and powerful). As a consequence, Plame will not be “canceled” any more than Ilhan Omar will was. In fact, Plame will probably draw strength from it by claiming the attacks on her stem from the same powers that outed her before.

The distinction between shared values and shared enemies is the precise marker between the liberal and illiberal left, just as it draws a similar line on the right, where many conservatives suddenly, for example, aren’t for free trade or a robust military presence in the Middle East, Europe, or East Asia.

When the space of shared values shrinks in society, millennia of experience tells us it’s the Jews that are the canary in the coalmine. Oy vey iz aundz for living through yet another reproduction of the experiment.