Yes, I did vote. I regularly do the absentee ballot thing, and California recommends it especially when there are lots of ballot initiatives – and in presidential years, to take advantage of more voting interest there generally are – because it eases lines at polling places.

I remember when I was a child, my parents would take my sisters and I to their polling place when they voted. Democracy and freedom were so important to them, their having suffered through the Nazis and then the communists when everything was taken from them twice. They were proud of their rights as United States citizens and made sure we knew it and would feel that way too. My parents told me that some party boss once came by and said, “This is how you will vote,” and they said, “We are in America now, we will vote how we want to vote!”

I remember that my mother loved John F. Kennedy and when she brushed my hair, she would smile and say, “Now you look like the president.” I remember how she cried when JFK was assassinated. We were let go from school early that day and she tried to explain it all to me as much as she could when so little was known at the time.

I remember how my father always watched Meet the Press and the news. I would watch with him. Politics became an early interest of mine.

I remember in 1968 when the teacher had us choose who we wanted for president and I chose Hubert Humphrey. A couple kids were for Richard Nixon, and one was for George Wallace. George Wallace? In a Yeshiva day school, go figure. Like most kids, I felt as my parents did. They were Democrats. But not so left wing. They were what the Democratic Party used to be.

I remember my very first vote. It was for Jimmy Carter. We had had enough of Gerald Ford and Henry Kissinger and pressures on Israel. I was also swayed by the smile and the promises. Boy, was I proud to finally be a voting adult. A smart voter, not just someone going through the motions or doing what I was told.

Needless to say, I learned a great lesson from that vote.

Maybe I attained my interest in politics from my parents. My father needed to know what was happening in the world and my mother would constantly be calling talk radio, even Carter’s White House to give her opinion. “Tell ‘da president he is an idiot!” “Ma, please! I am in the middle of getting a security clearance and it’s enough that you came from a communist country.”

I never take my constitutional right to vote lightly. I never lose sight of the past, our country’s ever-changing history that ensures our future.

And so, when I am faced with the worst possible choice upon which I am to yield my awesome individual power, that privilege so many in a very troubled world can only see in their dreams, I mourn just a bit for what we have become.

Now I am not saying the country will not survive if he wins or she wins, as so many on both sides have been histrionically hyperventilating. (For once, I wish that every pampered celebrity who says he or she will leave the country if a Republican wins would just leave anyway.)

We will survive even the worst of us – those we nominated. We always have and we always will. Thus is the scintillating genius of this country’s Founding Fathers. It is as if they knew how foolish we would become in 240 years. They were not just brilliant for their time, but prescient for all times.

And thank heaven for that.

I have pondered, what would my parents think now? I know they would have been revolted by what has become of their Democratic Party, saved in this cycle from an anti-Israel socialist. What would they think of the major parties’ nominees? They would think as I do I am sure, and be appalled as I am at the political turn of events.

My parents would not be happy with either Hillary Clinton or Donald Trump. Perhaps they would choose Trump because of Israel, and their fear of Clinton – the known and untrustworthy, versus their fear of Trump – the unknown and perhaps in the end, someone who might be able to control himself. But they would be as disgusted as I have been, and am. 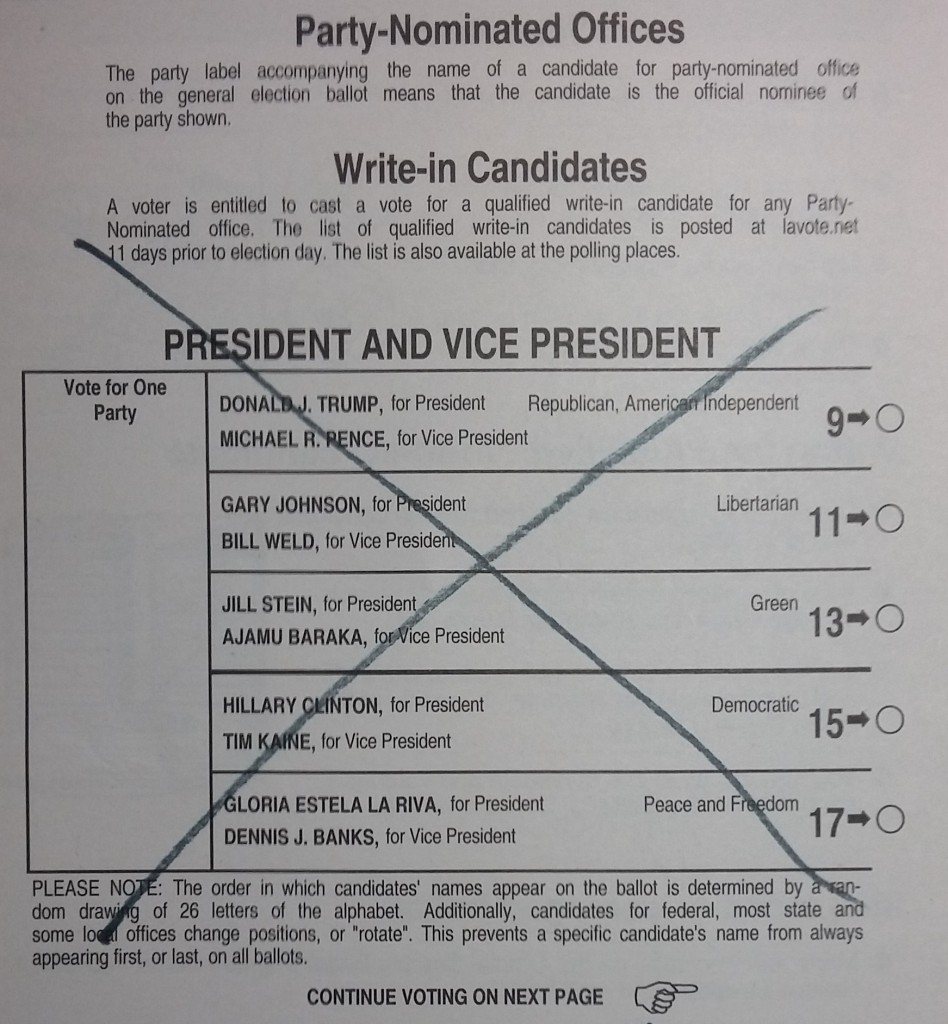 This is a picture I took of my ballot for the 2016 election. Can you tell how I feel about it?

I was going to say I was very disappointed in my country, but as I sit here and think about it, I am not. Sure, we screw up sometimes. Sure, I and others tried as hard as we could to sound the clarion call to stop the Trump train wreck coming, but to no avail. We watched in fascinated horror as our more angry than astute party careened toward the cliff.

But the country is like the presidency. As much as I disrespect Barack Obama for the damage he has done by action and inaction, I do not let that affect the respect I feel for the office he currently holds and will, not soon enough, leave within a few months. The Office of the President is bigger than Obama. So much bigger. It always has been. And the country is bigger than those we choose to run it.

Now as this most current never-ending campaign comes to a halt, every week brings more surprises. The latest of course is the FBI’s announcement that it was again investigating possible Clinton-related emails, those existing on a laptop taken from Hillary’s chief aide Huma Abedin and her estranged husband Anthony Weiner, when the email/server investigation had already been closed in the summer.

Poor FBI Director James Comey. What a mess. And he looks so sloppy. As reviled by flabbergasted Republicans as he was beloved by grateful Democrats in July, he has now succeeded in flipping it completely around. Maybe one day we will learn why Comey did what he did, but I have a feeling his rank and file in the FBI were not just persuasive, but insistent that more should be investigated and even have it be announced.

This FBI stuff may remain the headline for a bit as long as Trump doesn’t step all over it by making himself the top story again by saying something stupid or having more iniquities from his past come to light. Good luck with that, Donald. His campaign or Ivanka should have long ago put a shock collar around his neck and activated it every time he started to wax unfiltered, unseemly and unintelligently. They would have needed to have lots of batteries handy, of course.

There is still time for more craziness and Comey is now under tremendous pressure to say something, anything, so that he won’t have eggs thrown at him by the Democrats the next time he appears in Congress.

A few days ago, I was certain the Republican Senate was lost, and I was very concerned the House would fall as well. This FBI thing may stop some of the down-ballot bleeding as more Trump-repulsed Republicans at least go out to support their party, and fair-minded Independents choose Republicans so as not to give a blank check to another controversial Clinton administration. We will see.

The Supreme Court will be lost to the Republicans when Clinton wins – and I still think she will, even electorally comfortably, the FBI deal not at this point enough to stop that – so the GOP will need to prevent a clean sweep of the branches of government.

And now, as her husband’s people trashed Kenneth Starr during the Monica Lewinsky affair (no pun intended), Hillary and her people are trashing Mr. Comey, even making that part of the campaign. Hillary as before, saying she wants everything out in the open and quickly, even though she knows Comey won’t be able to release enough information that fast. And everyone knows Hillary’s new talking point is as phony as she is. She wants as little revealed as possible.

So how did I vote you ask? Let’s just say I did not vote for any of the presidential candidates who appeared on my ballot. I was nauseated just looking at the names listed. It doesn’t matter anyway here in deep blue California. Hillary will win the state by 20 points or so.

There is still a bit over a week before Election Day, an eternity when seemingly every day there is another bombshell. So fasten your seatbelts, and hold on tight. It’s almost over. 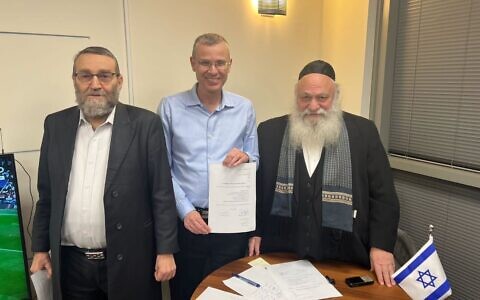 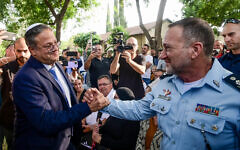