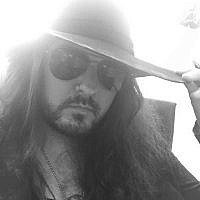 The Blogs
Luc Bernard
Apply for a Blog
Advertisement
Please note that the posts on The Blogs are contributed by third parties. The opinions, facts and any media content in them are presented solely by the authors, and neither The Times of Israel nor its partners assume any responsibility for them. Please contact us in case of abuse. In case of abuse,
Report this post.

I remember being a susceptible student in France and watching Schindler’s List in class. I recall the heartbreaking impression it left on all of us, and to this day, I believe Schindler’s List to be the most effective tool not only for Holocaust education, but to show people the grave consequences of antisemtism. Unfortunately, many schools shockingly don’t even have the Holocaust in their curriculum, much less show Schindler’s List. With antisemitism on the rise, and Holocaust denial at an all time high, it is now more important than ever to teach a whole new generation about antisemitism and where hate leads. Considering the preferred form of entertainment for young people is video games, we have the opportunity to tap into uncharted territory and create an educational video game about the Holocaust, and I believe our game, A Light in the Darkness can do just that. An educational, interactive, widely translated, and free experience. 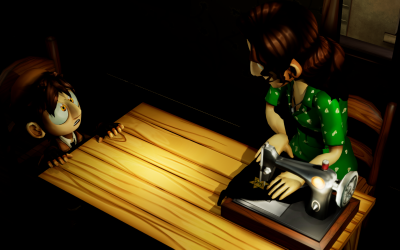 Over the past decade, the Holocaust has been rapidly fading from memory and Holocaust distortion is at an all time high. https://www.nytimes.com/2018/04/12/us/holocaust-education.html

With the majority of young adults lacking in basic knowledge about the Holocaust, are the old methods still working? Apart from organizations like The Shoah Foundation and the Ghetto Fighters’ House Museum trying new ideas, there doesn’t seem to be many plans to try a new approach to Holocaust education. In recent years, Holocaust organizations as well as museums have become interested in Virtual Reality, while I find this new technology alluring, and I believe we desperately need to seek out new mediums in order to reach this new generation, the mass market isn’t really there yet. Moreover, to put it bluntly, people generally just don’t go to Museums anymore. With the lack of VR success, and limiting the experience to only Museums, the entire project will only reach a limited audience.

March 10th 2008, I was a 22 year old game director, and the New York Times released an article titled No Game About Nazis for Nintendo, which was about the first version of the game I was working on about the Holocaust in France, framing it as a Nazi video game rather than one about the Holocaust in France. This set up a whole debate a decade ago on whether a video game should be able to tackle a subject such as the Holocaust. One side agreed that with two thirds of young people in America that don’t know that 6 million Jews were killed in the Holocaust and denial being at an all time high, the subject matter is necessary. Then there’s the other side that clearly doesn’t understand video games but states that they should never be able to touch the subject. Instead of those organizations and people coming to me and having a discussion about what I was trying to do, they publicly shunned me and refused to even have a conversation when I reached out to them. Despite a few companies reaching out with words of encouragement every couple of years, I dropped the project. 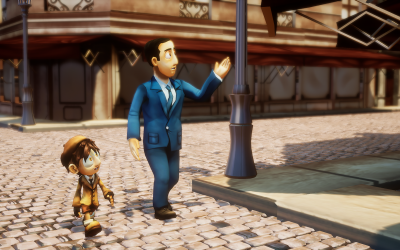 2020 was the year where everything changed. I was given the opportunity to speak to students via Zoom at the University of Haifa about the project. Shortly after, several other universities invited me to speak about digital media and Holocaust studies. While doing these talks, I spoke to a few professors about why I discontinued the project due to the lack of approval of Holocaust organizations. What they told me changed my views and way of thinking moving forward: I must not be afraid to do something new, organizations who disapprove of using video games as a new medium simply do not understand it. 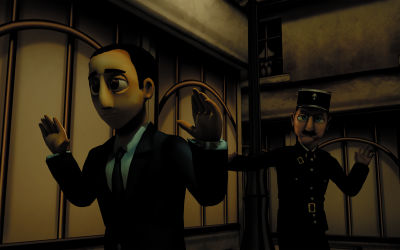 Following their advice, I then started to work on the project again in late 2020, only this time it would be from square one. Since I knew I would be dealing with a very sensitive subject, I needed an expert. I asked Victoria Walden at Sussex University to become an advisor. 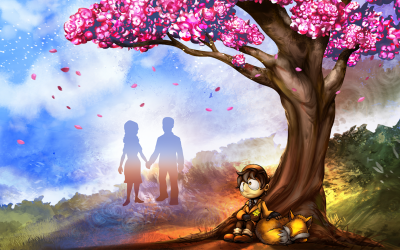 Early 2021, while still working in pre production for the video game, I began to notice some of the biggest Holocaust organizations starting to follow me on Twitter. I did not know what they thought of the project, if they were in favor or not, but they showed interest nonetheless. Maybe things have changed this time. All these years later these non-gamers no longer view video games as simplistic mindless forms of entertainment anymore, but  view it for what it is: the biggest medium in entertainment, surpassing films and music combined! 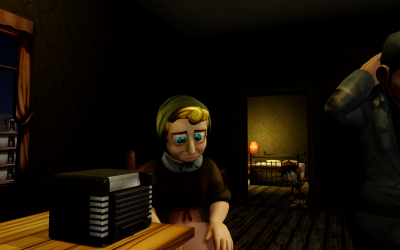 Spring 2021 was a pivotal moment. With Israel and Hamas in conflict, what I saw online was something I never thought I would see in my lifetime. People actually wishing for a new Holocaust, peers from my industry turned antisemetic, and Nazis flags being waved infront of the Los Angeles Holocaust Museum. Nazi flags in my neighborhood. I painstakingly came to the realization that the world has forgotten the hate that lead up to the Holocaust, and that antisemitism has become acceptable again in the Western World. No matter how many times Jewish organizations warn people on social media and explain why antisemitism is bad, it’s just echoing in a bubble, considering the majority of their followers are Jews who are already more than knowledgeable and well experienced on the effects of antisemitism, when their target audience should instead be non-Jewish people. 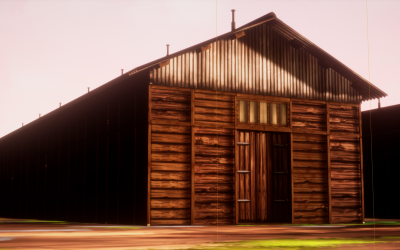 Fall 2021, Wired ran a exclusive piece on The Light in the Darkness https://www.wired.com/story/the-light-in-the-darkness-voices-of-the-forgotten-holocaust-history-game/ , and suddenly a lot of organizations finally understood it. From Claims Conference to tweeting about it, to executives at big companies reaching out to know more about it. While the response has been overwhelming, we still have a long way to go in terms of convincing organizations that video games can be educational. In fact, one organization claimed that video games will never be educational, which if you ask any teacher they will tell you this statement is false. Despite all the naysayers, we plan to release on Xbox and Windows next year. Whether I succeed or fail is unimportant to me, my only hope is to make something that is impactful that we can reach a new generation to educate them about hate and history, and hopefully inspire other developers to tackle this subject and be able to tell the stories of those we’ve lost before they’re gone forever.

About the Author
Luc Bernard is the Co-Founder & Executive Director for Voices of the Forgotten He brings together his creative vision and technical wizardry in a way that maximizes the emotional and educational impact of video games. In over a decade of designing and producing video games across many genres - during which time he has received continuous accolades for his work - Luc has created countless gaming innovations and sold tens of millions of copies of his games. In 2008, Luc developed an original - and initially controversial - idea to create a video game that would teach the history of the Holocaust. Knowing the story of his maternal grandmother, who looked after orphaned Jewish children after World War II, he had detailed knowledge of the atrocities of the Holocaust. He also had a growing concern that the impact of the Holocaust was being increasingly minimized, and education about it increasingly ignored. Once he conceived this groundbreaking concept - bringing Holocaust education to a modern audience in a new medium that more people would understand - he spent another 12 years finding the right people, building the development plan, and determining the most impactful way to tell the story.
Related Topics
Related Posts
Comments