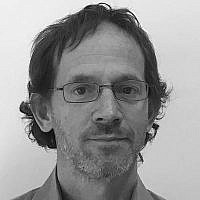 The Blogs
Aviv Tatarsky
Apply for a Blog
Please note that the posts on The Blogs are contributed by third parties. The opinions, facts and any media content in them are presented solely by the authors, and neither The Times of Israel nor its partners assume any responsibility for them. Please contact us in case of abuse. In case of abuse,
Report this post. 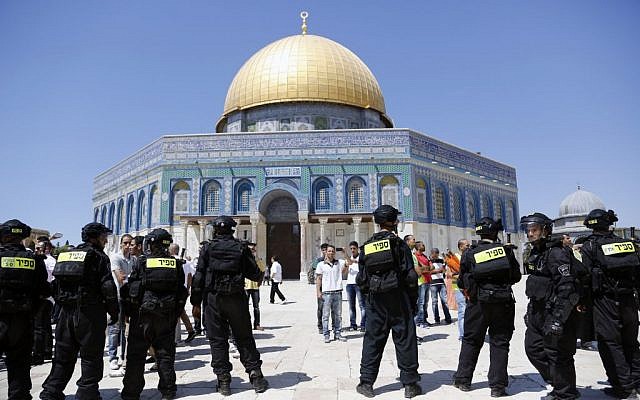 For many Israeli Jews, what happened on Friday (July 26) merits no surprise: Palestinians commemorated the first anniversary of the “metal detectors protest,” and did so, as they are prone to do, by attacking Israeli security forces. Notwithstanding the danger of such clashes in the holy place, what is really dangerous is the ignorance prevailing in Israeli society which time and again fails to recognize the actions which lay the ground to violence. Not accidently, what the Israeli public is mainly ignorant of is how Israeli players contribute to the violence.

On July 3rd — three weeks before Friday’s clashes — Prime Minister Netanyahu decided to lift the three-year ban on MKs’ entry to the Temple Mount/Haram al Sharif. MK Amir Ohana (Likud) used his first visit after the lifting of the ban to announce on video from the holy place that he was working on convincing the Israeli government to allow Jewish prayer on the Mount. MK Sharren Haskel (Likud) and Minister Uri Ariel (Jewish Home) were more daring and actually demonstrated for the Temple activists and the general public how they violate the status quo to which their government is purportedly committed. In the videos from their visit to the Temple Mount/Haram alSharif, which they made sure to disseminate on social media, both could be seen reciting blessings from the Jewish prayers.

These acts and declarations are not mere extravagances of publicity-seeking politicians. They are rather part of the coordinated and systematic support which senior figures in Netanyahu’s coalition offer to the Temple movements. Indeed, in the weeks since then, dozens of Temple activists repeated the example of Ariel and Haskel: they prostrated, recited blessings, and tried to pray in the Temple Mount/Haram alSharif.

Palestinians in the holy place see these acts. They also see how, as a result of the pressure of Netanyahu’s coalition members, the police are becoming more and more lenient towards such violations of the status quo in the Temple Mount/Haram al Sharif. In the vicinity of the holy place, the attitude of the police cannot be mistaken: for 48 hours before and during the fast of Tisha B’Av, police enabled groups of dozens of Temple activists to rally and demonstrate in the heart of the Muslim Quarter at the entrances through which Muslim worshipers enter the Mount. But what can you expect, when police officers regularly hold coordination meetings with Temple activists?

These provocative demonstrations — some of which took place with police escorts inside Bab al Rahme, the large Muslim cemetery adjacent to the eastern wall of the Temple Mount Haram al Sharif — also enjoyed support from within Netanyahu’s government. On the eve of the fast, while these actions were actually taking place, Minister Zeev Elkin (Likud) participated in the the march around the Old City, organized by the right wing group Women in Green. Elkin, an old time supporter of the Temple movements and a contender for Jerusalem mayor, gave a speech during the parade in which he said: “If we want to really say the verse which ends tonight’s Bible reading, “Restore us to You, O Lord, that we may be restored! Renew our days as of old,” this march must take place not around the Old City. It must come into the Old City from all directions and flow to the Western Wall, flow to the Temple Mount, exactly like things were in those ‘days of old’…. God willing, we will arrive to ‘renew our days as of old’ so that we can again march on the stame stones that Jews marched on 2,000 years ago to the Temple Mount. If we stay determined it will happen… finally we will fully renew our days as of old.”

Elkin is not alone. “We want to build a Temple at the Temple Mount,” declared Deputy Defense Minister Eli Ben Dahan (Jewish Home) in the Tisha B’Av march two years ago. “The change in the Temple Mount will happen with us… each and every one of us should commit to to be the person who conquers the Temple Mount,” said Yehuda Glick (Likud), in July 2016, in front of hundreds of people at the Mughrabi Gate (through which Jews enter the Temple Mount). Minister Ariel repeatedly calls for the need to build the Temple.

It was amazing to see how much Elkin’s call to enter the Old City “from all directions” and “to march to the Temple Mount” was in tune with what Temple activists were doing at exactly the same time. But perhaps we should not be surprised, as it was Elkin himself who, two years ago, when speaking at the Temple movements’ conference, thanked their activists for “taking the government and engaging it to do things that it would not have done on its own initiative.” By the way, one of those activists spoke shortly before Elkin and called for expelling all Muslims from the Temple Mount.

As in the three first weeks of July, and also throughout the years 2011-2014, we saw coordinated actions between the Temple movements and Knesset members like Elkin, Regev (Likud), and Mualem (Jewish Home) that gradually eroded the arrangements on the Temple Mount/Haram al Sharif. If, during those years, the result was a slow deterioration that took four years to blow up violently, today, we see that the pace has accelerated.

Prime Minister Netanyahu too repeats his same failings from past years. In the years leading up to the erosion of the status quo and the violence of 2014-2015, Netanyahu refrained from reigning in his coalition and government members. He also did not express or act in a way that would clarify that Israel is indeed committed to the status quo. Likewise, in recent weeks: Ministers call for the construction of the Temple, Knesset members act together with Temple movements against the status quo, and the prime minister seems to have lost his tongue.

Peace at the Temple Mount/Haram al Sharif was kept thanks to — among other reasons — agreements between Israel, Jordan, the Waqf, and the police. As part of these agreements, it is the Waqf that makes sure that militant Palestinian activists disturb the peace at the holy place. On the last Friday of July, we saw — again — that when Israel does not adhere to agreements it made, the Waqf too does not do its part. In a month and a half, the Jewish high holidays will commence. Does Netanyahu intended to show responsibility? Or, is he going to — as he did in the past — allow members of his government to undermine the agreements with Arab allies and the United States to which he himself committed to and enable his political partners to take us back to God knows where?