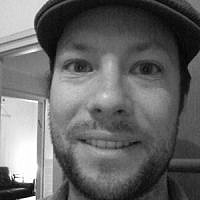 The Blogs
Joel D. Parker
Apply for a Blog
Advertisement
Please note that the posts on The Blogs are contributed by third parties. The opinions, facts and any media content in them are presented solely by the authors, and neither The Times of Israel nor its partners assume any responsibility for them. Please contact us in case of abuse. In case of abuse,
Report this post.

While I admire the IDF’s methods and attempts to reduce casualties in operation Protective Edge, I do not think the legality or, dare I say, the morality of the killings can be reduced to numbers alone, as at least one report has recently insinuated.

Trotsky is supposed to have said, “War is the locomotive of history,” and while I tend to disagree (mainly because war alone cannot create civilizations), many would tend to agree. The problem is that war, including its most essential element, violence, tends to be judged in an almost infinite number of ways by history’s perpetrators, victims, and its historians alike.

If we look at the larger numbers of World War II, we would probably see that the overwhelming disproportionate majority of deaths were still of males between 18-40, numbers which would completely gloss over Hitler’s attempted genocide of all Jews. Likewise, Stalin’s Gulags before and during the Second World War were most certainly full of young men; far more than women, children, and the elderly.

So the numbers of children, elderly and women killed does not historically tell us whether an event was necessary, justified, or moral. We cannot, for instance, call Stalin’s Gulags moral, despite the likely higher percentage of young men involved. This is because today most of us reject the underlying reasons for the imprisonment, torture, enslavement, and frequent deaths of the victims. (Indeed, we cannot really imagine any reason for such inhumane cruelty to be justified.)

Another quantitative argument points out that not only does the IDF try to limit civilian casualties, but if one examines the total deaths versus military targets. One can see from the numbers that Israel has hit so many more targets than the death toll would suggest…. Hence Israel is following international laws of proportionality by using only proportional force necessary to destroy genuine military targets aimed at reducing threats to Israeli sovereignty, and the safety of its civilians.

While this second argument has legal ramifications that cannot be fully explored in a few hundred words, there are problems here as well. In this case, again historically, there are instances where a high proportion of military targets were hit, say, in the German invasion of France in both world wars, and the ends still do not seem justified. Likewise, when we look at some wars, such as the Algerian war of independence from the French, Algerian rebels and some French intellectuals (J. P. Sartre for instance) argued that all French civilians and military personnel were legitimate targets of the ‘colonial system’.

Today the German invasion of France is condemned, while most people are only surprised to find out that the French refused for so long to give in to the Algerian claims of independence from French rule and from French settlement. Algeria did not sail into a perfect future, but it has emerged free from French occupation.

All of this is to say, Israel needs to think long and hard what its goals and objectives are, and how to achieve them on the battlefield without losing its most essential moral character, and without getting sucked into a pure and simple numbers game. This is not to say, the ‘ends justify the means’, because I firmly believe we must not lose our moral compass in order to gain a military victory.

One moral compass, and indeed a core principle of international legal norms Israel has often accepted as a burden on itself, tells us that defensive wars must be fought according to the principle that some people may be targeted and others must be protected. If we abandon this distinction entirely, we will have descended to the level of Osama Bin Laden.