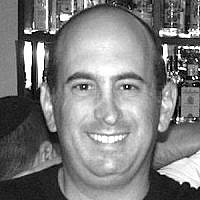 In my previous blog I revealed my sympathies for the legalization and regulation of Cannabis.  This important issue is the focus of the Aleh Yarok party in the upcoming Israeli national election.  However, the sense of urgency I feel regarding this vote relates to a broader issue.  The welfare of Israel’s parliamentary Democracy.

This election offers a unique chance to uproot this perception precisely because it is an unscheduled election.  Is it a justified turn of events?  Few think so.

Is the current election designed to better our representation in government or is it primarily the result of petty party interests? Frankly, the negative and aggressive campaigning illustrates the latter.  Issues are ignored while focus is put on personalities.  Few are the voters who could answer with confidence why the current government fell.

Our members of Parliament have done their best to quash small parties, dilute issue-focused politics, make personalities prominent, and make the election process more controllable.  Prior to this election the quota for entrance into the Knesset was raised from 2 seats to 4.  This move strikes a death-knell for citizens interested in using the election period to bring attention to issues important to them.  True, some small parties have seemed silly, but others have succeeded in raising issues to national attention.  Getting in, isn’t always the goal.

One prominent member of Aleh Yarok’s past campaigns left the party when medical Marijuana became available.  His earlier efforts within the election process bore fruit.  This emphasizes that there is value in voting for small single-issue parties.  In a system that has no bond issues as in many US elections, where specific laws and infrastructure projects are not brought before the citizenry; voting for small, single-issue parties is the only way to address specific causes.  It’s the closest we citizens get to a referendum.

The leaders of the large parties are certain to get elected.  The positions at stake are known.  For some parties it’s numbers 10-15, for others it’s number 6-10.  No one believes that any election soon will see one party gain 61 seats or even 40.  So despite all the antagonism shown between the major parties during elections, they will all sit together in a government or in opposition.  Furthermore, most of the parties have exchange agreements by which a citizen’s vote for one party is transferred to another party in the interest of seating another member of Knesset.  One’s vote, therefore, is no longer an expression of one’s current concerns, but rather a commodity manipulated by a professional electoral apparatus.

In this particular campaign, the blatant opportunism expressed across the board should be a matter of grave concern to the Israeli system.  The idea that Mr. Kachlon would create a party simply to go around the Likud party apparatus and make himself the finance minister is ludicrous.  Yet that is what we are being offered, and he isn’t ashamed to put it on his banners.  The idea that a respectable ideological and historically significant party like Labor would team up with the party-swapping, skin-changing, spot-light seeking Tzipi Livni is an outright disgrace.  The ego-driven split within Shas between Eli Yishai and Aryeh Deri would be comical if it weren’t so pathetic.  A system that once offered representation now simply uses our votes in calculated drives for power, and soap-opera worthy scenarios.

A time was when small parties were viewed as cynical scale-tippers who would enthrone a larger party for parochial gain.  That time has passed.  Israeli parliaments in the near future will be made up of multiple parties both medium and small coming together in blocks.  When Election Day ends, we will still wait two to three weeks as the people we voted for manipulate themselves into positions of power in a government most likely to fall again within one or two years.  More than likely, they will toss off election promises in the process, and the voting citizenry will feel, yet again, cheated, used, and abused; while the non-voting citizenry grows ever more cynical.

Aleh Yarok is a party in the old tradition of small parties.  They offer the voting public a chance to make their voice heard on an issue taking over current events.  They offer representatives of caliber devoid of previous debts to the political system; members of Knesset who would only be answerable to those who voted them in.  But above all else, this poster-child of small parties can prove to the strategists, poll-takers, and news-makers that the Israeli popular vote still has merit.

The political manipulations of the past decades, have left many Israelis unwilling to vote, unwilling to be a tool in someone else’s game.  Of those who do vote, many do so with little conviction or even awareness.  A vote for Aleh Yarok is not for everybody, but it is a viable option for those, like me, frustrated with the options we’re being offered.

Representatives of other parties try to scare us off.  They threaten that our votes would be lost, that Aleh Yarok won’t pass the minimum threshold.  At this time, in these elections that is simply not true.  Polls show that if voters were assured of Aleh Yarok’s entering Knesset, the party would receive close to 8 seats.  To me, even if Aleh Yarok doesn’t make the mark, but passes the now theoretical two seat mark, I would feel victorious.  It would prove and underscore the insidiousness of the lost-vote argument.  How can a believer in a parliamentary system say to a fellow voter that he should vote strategically not ideologically?  Who is forcing us to give up our votes of conscience for a vote of convenience?  Who must really fear the lost-vote, the voter or the party he didn’t vote for?  Isn’t voting for Buji, but getting Tsippi a lost vote? In no scenario that I foresee is a vote for Aleh Yarok a lost vote.  Rather, it may be the most notible vote of these elections.