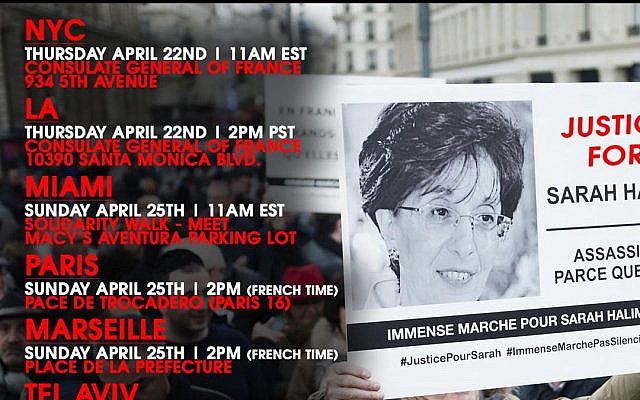 There can not be two more different erevs Shabbat, as it has been in between the previous Shabbat, on April 16th, and the current one, on April 23d.

A week ago, we felt deep pain and utter indignation, after hearing on the simply unbelievable insult of justice and common sense, after the French Court of Cassation upheld the previous scandalous decision in the case of the vicious murder of Sarah Halimi, the Jewish French teacher and physician in Paris back in April 2017. According to that surreal decision, the monster who murdered Sarah, now a 31-year-old Islamist from Mali, has been freed of prosecution on the ground that before the premeditated murder he smoked cannabis. This upheld verdict will go to the annals of history staining the reputation of France for good.

Inevitably, such scandal and insult have caused a storming reaction. I was one of those who protested publicly.

Immediately, I started to receive letters, notes, reactions, feedback, questions from all over the world, from Jerusalem and London to New York and San-Paolo. People were not only justly outraged. They wanted to act. Many of them have asked me: “what can be done, additionally to writing the letters of protests to the French judiciary and to the office of the President of France? Would it be the demonstrations in New York? What kind of protest will there be in London? Whom from the officials should we protest? We would like to act”.

I felt very grateful. And encouraged. I am in constant touch with my French Jewish friends and colleagues who are working like lions and lionesses and who are fighting for Sarah Halimi’s honor and dignity of her poor family as attacked Jews always did, being focused, brave and unstoppable. Because, once and again, if we would not defend ourselves, nobody else will. Nothing has changed with that regard, does not matter what horrors might occur towards the Jews.

I have interconnected my French friends with those many other people worldwide who wanted to act in protesting that screaming injustice that had happened in France towards Sarah Halimi.

During this past week, French President Macron has reacted in time and better than he did previously, in a more articulated way. Not only he personally expressed his clear concern over the fresh shame of France, but his chancellery has issued a special statement about it, an official document. And I think, president Macron meant what he stated.

The Israeli authorities were not silent either: the Foreign Ministry of Israel has made a strong statement, the leading media in Israel and in the Jewish world has been quite clear in our all united and severe condemnation. Sarah’s family started to realize that they are supported not only by the united Jewish community of France, but now by the international brethren as well. This is important.

In an absolutely just move, the family of Sarah Halimi is about to submit the case of the murder of a Jew to Israel’s jurisdiction, as it is prescribed by two articles in the Israeli criminal code. With all my heart, I do hope that the case will be accepted and that the state of Israel will officially request the extradition of the beast who has murdered Sarah Halimi, in accordance with the existing French-Israeli treaty on the matter. I do hope that Sarah Halimi and her family will get justice. It is just impossible that the forces of darkness will celebrate their evil cause on the account of Sarah’s life and her unpunished murderer.

But today, most of all,  I am thinking about so many people in France and abroad who are preparing to march in protest of that colossal injustice the coming Sunday. One week ago sharp, we were discussing with my brave French friends two demonstrations on the coming Sunday, April 25th, in Paris and in Israel.

Today, just in the matter of a week, we know about ten massive protests all over France, in all of the country’s big cities, as well as three major rallies in the USA, and also in London and Tel-Aviv. 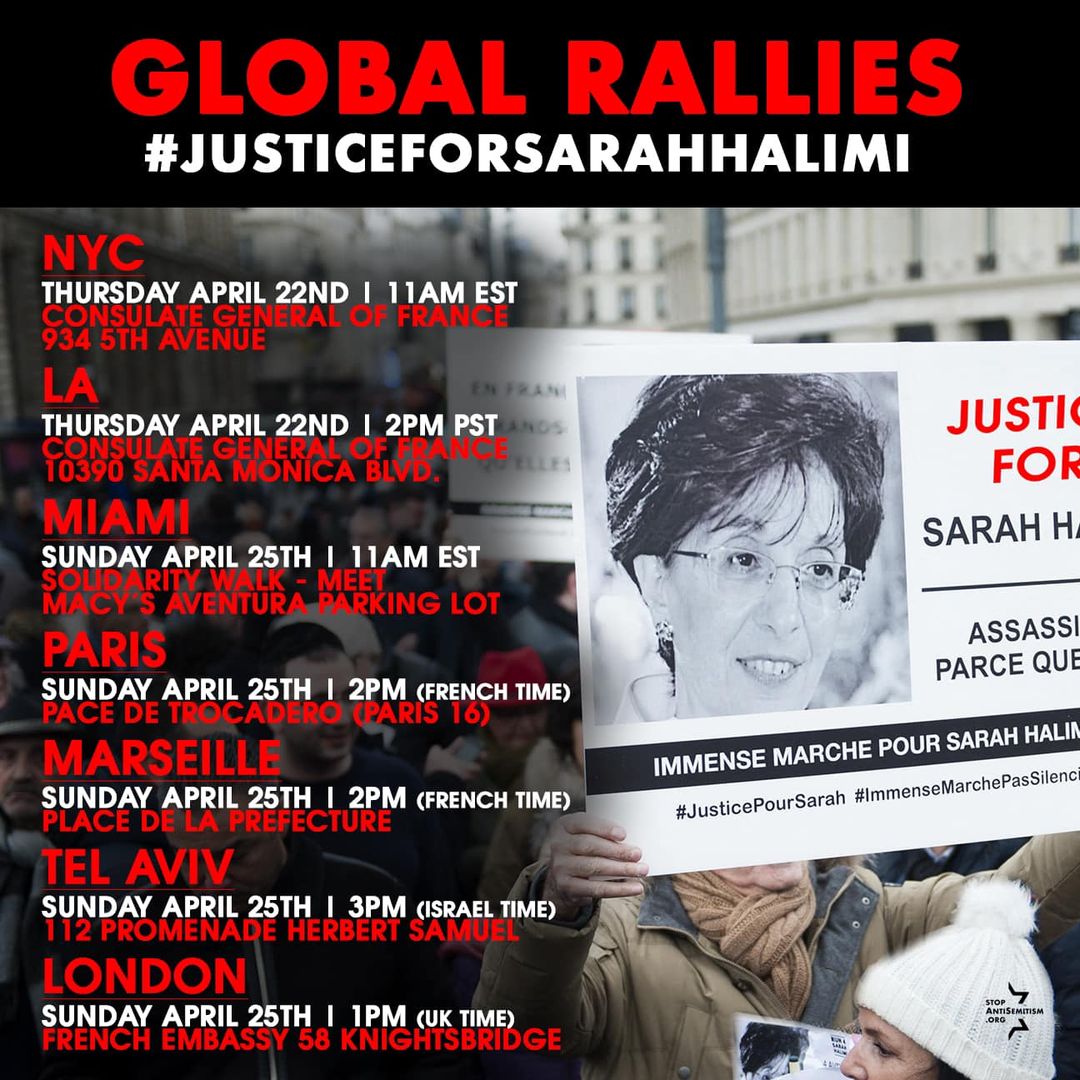 My heart is pumping when I am reading the information and seeing the posters for the forthcoming protest marches: Paris, Bordeaux, Lille, Lyon, Marseille, Nice, Strasbourg, Toulouse, Deauville, Montpellier in France, most of them at the same day and the same time, April 25th, Sunday, at 14.00, at the main squares of all those cities, and next to the courts, as well. In New York and Los Angeles, the rallies went on Thursday, April 22nd. In Miami, London and Tel-Aviv, they will be organized on the same day and time as Paris.

This is what solidarity is about.

The protests are organized under the united slogan “ Sans justice pas se Républic”, “There is no Republic without justice’.

All French Jewish organizations, many of the leading synagogues and congregations are united in this unprecedented expression of indignation and solidarity.

To my serious satisfaction, I saw many messages from Arab people in France who were sending their solidarity with Sarah Halimi’s family. It is a decency that speaks at the moments like that, not race.

We all will be coming to those rallies on Sunday, April 25th, in Paris, London, Tel-Aviv and elsewhere. Our people and those who have solidarity with us, just did demonstrate our guts, our heart, and our determination to fight the evil and those scoundrels who cover for it.

In another surreal development, the judge called Anne Ihuellou who has committed that outrageous mockery of justice in the decision not to prosecute Sarah Halimi’s murderer on the ground that he used drugs before committing the crime, has demanded police protection for herself on the ground ‘of hostile attitude towards her from the Jewish community of France’. I am convinced that it is the Jewish community of France who is absolutely entitled of the police and any other possible protection from ‘the judges’ like that.

We now know about so many massive protests to be organized for Sarah Halimi – but for some reason, we have not heard about anything in the place which is geographically much close to Paris than Miami. I mean Brussels, the heart of the European democracy, and the seat of its governing bodies. We also have not heard anything, so far, from the EU, EC, and the European Parliament officials. I have heard that there is even a special high-ranking official whose cosmic salary is paid for her alleged fight against anti-Semitism. Just recently, we’ve heard that a huge budget of 2 billion euros has been allocated to fight anti-Semitism in the European Union. Probably, it all is misinformation – as there is virtually zero in everything which has to be done in real actions and deeds by all those hyper-inflated with officials and their salary bodies — and nothing, ever, done.  It feels that in the case of anti-Semitism, EU authorities responsible for that are placed in somewhere like Amazon jungle without internet and being not informed on anything. Pathetic inadequate mannequins. Poor European tax-payers, too.

When I was writing my previous essay a week ago on April 16th describing the utter shame cause by an unparalleled case of injustice in France, my heart was bleeding. My only consolation during those hours were the photographs from the first protests in Paris which were held just immediately after the scandalous decision of the Court of Cassation, on April 14th and 15th. When I saw how many people came there, and what good faces they had, I was a bit consoled that Sarah is remembered and loved, and that the pain of her family is shared.

Soon after the publication of my essay in Israel, France and the USA, I’ve got the message from a good man in Paris who wrote that he will be coming to the demonstration that he knew will be organized — on April 25th — with his son, and that they, the Jews in Paris and France, are ‘feeling so underpowered in this system’. I felt acute pain for the talented, intelligent, hard-working Jewish people of France at that bitter moment, doubly so thinking of all the history of their inherited pain.

Today, I feel much better, and I know that my French Jewish friends do as well. We all will be marching together in those massive rallies on Sunday, April 25th. There are so many of us for Sarah and her family.

For the first time during the last four years since the horrific murder of the innocent, nice, kind Jewish teacher in Paris in April 2017, we all would feel a bit of some consolation while fighting in real-time and many real places for her honor and in her memory.

There were many protests for Sarah Halimi before: after her terrible murder in 2017, after that extremely shameful verdict of the examination litigation body in Paris in January 2020, after that unheard mockery of justice in upholding the verdict after April 14th this year, 2021.

But never before, in the period of just one week, these protests have been transformed into the global massive movement for decency, real concern for human life, and outright opposing the evil, white on black.  Or as it is on the Marching for Sarah protests, white on blue, with a bit of read.

This is the main outcome of the committed in cold-blood, arrogance and never-dying anti-Semitic hate capital injustice in France: our all global conscious, active and articulated resistance to that. 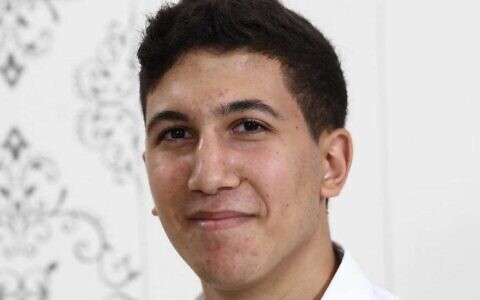 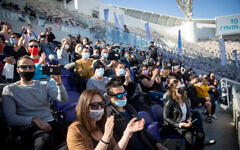 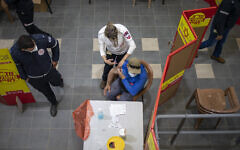 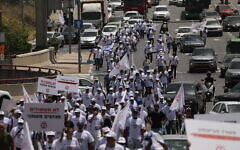