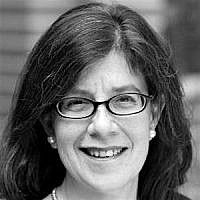 The Blogs
Jan Uhrbach
Apply for a Blog
Advertisement
Please note that the posts on The Blogs are contributed by third parties. The opinions, facts and any media content in them are presented solely by the authors, and neither The Times of Israel nor its partners assume any responsibility for them. Please contact us in case of abuse. In case of abuse,
Report this post.

Obstruction. Planned undermining of the next President. Voter suppression as an election strategy.

I’m reminded of the Passover story, the biblical Exodus from Egypt. Not the inspirational part — an enslaved minority gaining freedom — but Pharaoh, the biblical model of illegitimate governance and demagoguery.  And I’ve been thinking not of Pharaoh’s oppression of the Israelites, but of his mistreatment of his own people, the Egyptians.  So many politicians seem to be cut in his cloth, it sometimes feels like we’ve got a Congress full of Pharaohs.

The biblical story offers this hallmark of pharaoh-like demagoguery:  the willingness to inflict harm on one’s own country and people in order to gain or maintain personal power.

In the Bible, Pharaoh imitates the first three plagues, imposing suffering to prove his supremacy. As conditions worsen with each plague, his advisers beg him to change course: “Do you not yet know that Egypt is lost?” But Pharaoh remains obstinate, inflexible, unyielding — until every Egyptian household suffers a loss.

Legitimate leaders put people and country first, even if that means compromising, or admitting the merit of another view.  Win or lose, they accept the majority voice, while respecting and protecting minority views.

Pharaohs let the people suffer to prove they’re right, or strong; better everyone lose, than someone else win.

Strong advocacy and vigorous debate are healthy. But it’s neither healthy nor legitimate to disengage from discussion, blindly obstruct progress, and oppose people and proposals just to undermine the other side.  That’s a plague, which should never be inflicted on a country by its own officials.  We need passionate leaders. Not pharaohs.

“Do you not yet know that Egypt is lost?”

Thank God, America isn’t lost.  We’re an extraordinary country and we’ve made remarkable progress in better embodying our ideals. Yet something is broken. We’re threatened by violence from without and within, many of us hurt financially, inequality tears at the fabric of society. We’re shockingly and terrifyingly divided, so much so that the foundations of our democracy seem to be rumbling (if not yet crumbling) beneath us.  No wonder so many of us, across the political spectrum, want change.

But change at any price is dangerously foolish and… unnecessary. Governing is complex, especially in a democracy with a separation of powers. No single person or party has created our problems and no single person or party can fix them – even from the Oval Office. Our difficulties aren’t caused by perceived scandals, however titillating, nor even economic, immigration, or foreign policy. Neither party has all the answers, neither is 100% right or wrong.

Imagine what we could accomplish if we voted out every candidate with an obstructionist platform, anyone unwilling to commit here and now to working with all elected representatives to heal us and advance our common cause.

Imagine what we’d accomplish if we voted in only those who have shown they understand the function of opposing parties:  sharpening each other’s thinking, working together to fix weaknesses in legislation, giving voice to our rich diversity, saying “yes” to the best people and ideas — on both sides.

Imagine the caliber of public servants we’d have if acting thus in our interests would get them re-elected.

In the presidential race, one candidate has a demonstrated record of successful bi-partisan work as a senator; it’s one of the many reasons I’m excited about her candidacy.  The other is among the most divisive, hate-mongering, “all about me” candidates we’ve ever seen.  And that’s just one contest.  Imagine if we defeated all the pharaohs of either party, at every level of office, and elected only leaders.

“Do you not yet know that Egypt is lost?”

Thank God, unlike ancient Egypt, we’re a democracy. We choose our government. Why on earth would we elect pharaohs?

JAN UHRBACH is a former lawyer, now the Director of the JTS Block/Kolker Center for Spiritual Arts, and Rabbi of the Conservative Synagogue of the Hamptons.  This article is written in her individual capacity.

About the Author
Rabbi Jan Uhrbach is Director of the Block/Kolker Center for Spiritual Arts at the Jewish Theological Seminary, and rabbi of the Conservative Synagogue of the Hamptons. She previously practiced law.
Related Topics
Related Posts
Comments