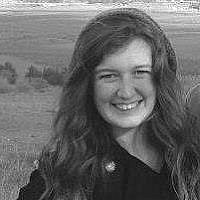 The Blogs
Hannah Johnson
Apply for a Blog
Advertisement
Please note that the posts on The Blogs are contributed by third parties. The opinions, facts and any media content in them are presented solely by the authors, and neither The Times of Israel nor its partners assume any responsibility for them. Please contact us in case of abuse. In case of abuse,
Report this post.

On this balmy day in Jerusalem, the air is not only thick with the summer heat but the air hangs heavy with whispers of war and prayers for peace.

In the past 24 hours, over 100 rockets have been sent into Israel at the hands of Hamas. The rocket barrages this time are not only targeting the south of Israel but are also being pointed towards the center of the nation. Today, Tel Aviv, one of Israel’s largest cities, heard its first red alert siren.

Riots and unrest have been taking place throughout the city of Jerusalem, over the past week. These riots were in the wake of the horrendous deaths of 4 young people, all of which were perpetuated out of hatred towards the other. It is hatred that is causing disruption to the lives of Israeli citizens, forcing them into bomb shelters, some with only fifteen seconds to run. It is hatred that has caused casualties to the Palestinians who are being manipulated as human shields for terrorists bent on their neighbor’s destruction.

As this country now sits on the brink of war, 40,000 reservists are being called up. These soldiers are my friends, classmates and neighbors. They are someone’s sons, daughters, sisters, brothers, grandchildren, fathers, mothers, husbands or wives. An entire society is being affected by this discord. The majority is only looking for a way to make peace. With peace would come a new reality where Israel is not constantly threatened. Life, would be the more important than the call for death that rings through the land and from neighbors on all sides of its borders. Strides were made today when the Tag Meir organization organized for 600 Israelis to visit with the family of Muhammad Abu Khdeir’s family.

But how can peace be achieved, when terror, kidnappings, riots and bias media fuel the flames for war? While the sound of rocket sirens was deafening last night in the south of Israel one sound proved louder, the sound of silence. The lack of noise by the media and when the noise came: Israelis were once again the ones causing the problem. This only sows the seed for hate to grow faster. Not only are Israel’s neighbors against her, but the world is now outraged when Israel has to take action. The double standard is not only appalling but has proven to be blinding.

As the international arena so likes to utilize the United Nations, I will take the time to do so. In article 51 of the United Nations charter, it states, “Nothing in the present Charter shall impair the inherent right of individual or collective self-defense if an armed attack occurs against a Member of the United Nations.” Well, United Nations, where is your outcry for the incitement of hatred that has led to the deaths of young people, barrages of rockets and a tenuous calm before the storm? There isn’t any. Sadly, the headlines will only demonize Israel for acting in its own self – defense in the wake of an armed attack. No other nation has to deal with such a stigma.

As night settles here in Jerusalem, the sound of helicopters can be heard and minutes ago a red alert rang out in the darkness. This is a reality for us living here. We have opened our bomb shelters and gone over our security protocols. I have run to my bomb shelter when the siren sounded, heart thumping in my chest. Where are the protocols for taking violence off the table? Where are the measures for integrating acceptance into bilateral relations? This fuss could fade in the following days and turn into old news by next week or this flurry of impending war could disturb the peace.

The blood of innocents has been shed on both sides. Dr Martin Luther King said it well,
“Darkness cannot drive out darkness; only light can do that. Hate cannot drive out hate; only love can do that.” The only chance to change the situation is when war is no longer needed and all sides take up peace instead.

About the Author
Hannah is currently an MA student in Middle Eastern Studies at Hebrew University. Graduated from Rutgers University with a BA in Jewish Studies and History, where she started the first Pro Israel Christian organization on campus. Hannah is a proud voice for Israel wherever she goes.
Related Topics
Related Posts
Comments