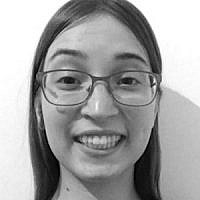 The Blogs
Rachel Ben-Shachar
Apply for a Blog
Advertisement
Please note that the posts on The Blogs are contributed by third parties. The opinions, facts and any media content in them are presented solely by the authors, and neither The Times of Israel nor its partners assume any responsibility for them. Please contact us in case of abuse. In case of abuse,
Report this post. 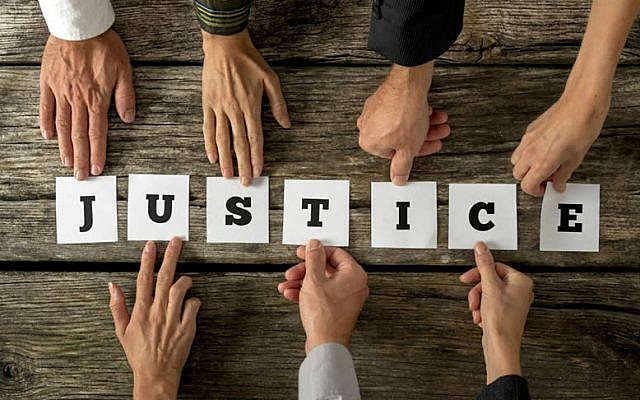 I read the op-ed of Elon Glickman in the Forward and I feel l can’t remain silent; that those words are doing an injustice to Israel, and also to me — Rachel Ben Shachar, an 18-year-old from Israel.

So here is my answer to you, Elon. These are my thoughts and feelings. I hope you will read them carefully with an open mind while trying to understand me as well.

First, I have to say that supporting BDS is really problematic, and well, even unacceptable. BDS activists openly support the terror organization Hamas. In addition, according to Tablet Magazine report, the American BDS umbrella organization has financial ties to terror groups.
So supporting BDS effectively means supporting the destruction of Israel, which is by the way my homeland, the only place on earth where I can live peacefully and safely.

Rashida declared clearly she supports BDS. She said: “I personally support the BDS movement” in an interview with The Intercept news. Yes, in my opinion this is really problematic. In other words, Talib is supporting the destruction of my home and this I cannot accept.

You wrote enthusiastically and with a great appreciation of Rashida Tlaib. Especially about her decision to create an alternative trip to AIPAC’s annual trip (a sponsored trip for freshman lawmakers) to Israel — a trip instead to ‘Israel-Occupied West Bank.’ You referred to it as ‘a brave decision.’ You were satisfied that it was found an appropriate alternative to Aipac’s ‘one-sided’ trip.

And I want to ask, how can a trip to the West Bank (like the one Talib plans) not be one-sided?! How can someone understand the full story of the Arab-Israeli conflict without for example visiting also the communities of southern Israel that suffer from a constant threat by the terror organization, Hamas. A reality that leaves orphans and widows or victims who suffer from severe post-trauma.

Israel is like a spectacular puzzle and the West Bank is only one piece. You can’t complete the puzzle without visiting Tel Aviv, Jerusalem, Southern Israel, Northern Israel and so on. You can’t objectively judge without trying to understand the whole picture.

If you really seek for a neutral and honest look at Israel the solution is a trip to Israel including the West Bank and not a trip only to the West Bank.

You wrote about seeking the truth. I hope you respect yourself and stand by your words. Because if so you should wish to hear both sides: Israeli and Palestinian. You can’t blame Aipac or Birthright for acting in one-sidedness while you yourself call for one-sided acts.

My opinions and beliefs are totally different from yours. I can write and specify on my perception of the Arab-Israeli conflict, I can explain in length how there is no occupation. I can pull out facts, numbers, historical events etc. I can prove and base my point very well. But I think that first you have to be open to listen and conduct a dialogue whilst taking in account both sides, and not just throw around accusations and dramatic statements.

While writing to you, I heard about a terror attack in Ofra, Israel. A Palestinian terrorist shot and injured seven people. One of them a pregnant woman whose baby was delivered in an emergency procedure. Later I heard the baby died and then about two more terror attacks, with wounded and casualties. You didn’t refer to the horrible reality of terror, a reality that requires the existence of the IDF, without whom there would be many more terror attacks. If you are a real warrior of justice, if you truly seek to defend human rights, you should condemn such atrocities. You should refer to the complexity of this conflict. You should care and cry also when innocent Israelis are injured or killed simply because they are Israelis. You should fight for justice and human rights to all.

I’m writing this from the bottom of my heart. I’m writing this because I care. Because it hurt me to read your words that wrong Israel and the Israeli people, that turn this conflict shallow when it is extremely complex. I hope you will read my comment with a deep and open mind.

If you are interested you can read Elon Glickman’s piece in the Forward here: 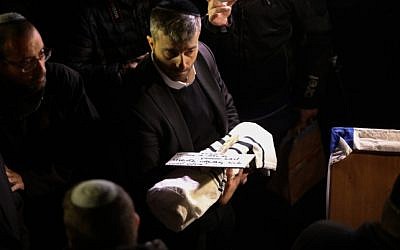 About the Author
Rachel is a Jewish,​ Zionist, Israeli. She loves Israel: the people w​ho living here,​ the gorgeous ​landscapes, the vibe, everything. As a child, her Dad​ would put her to sleep by telling stories​ about the history of Israel and the Jews. Rachel's grandmother survived the holocaust, and so she grew up understanding Jews have no other home, but Israel. It upsets her to see Israel portrayed negatively around the world. She wants to change that!​
Related Topics
Related Posts
Comments