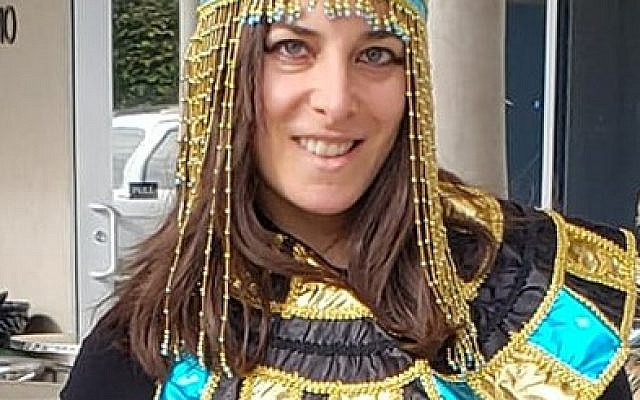 In Parshat Shmot (Shmot 2:5-6), we find a very unusual occurrence:

Pharaoh’s daughter went down to bathe by the river, while her maids walked along the river’s edge. She saw (vatere) the basket among the reeds and sent her maid and she fetched it. She opened it and saw (vatirehu) the child, and behold a boy was crying. She took pity on it and said, “This is one of the Hebrew boys.”

Why was Pharaoh’s daughter, Batya, bathing with all of the commoners? Didn’t she have a private beach connected to the palace where she wouldn’t have to mingle with the common people?

The king of the country had but one cherished daughter, who we are told, had been married for a considerable time but had never conceived a child , though she naturally desired one, especially a male, to succeed to the magnificent inheritance of her father’s kingdom, which threatened to go to strangers if his daughter gave him no grandson. Depressed and loud in lamentation she always was, but on this particular day she broke down under the weight of cares; and, though her custom was to remain at home and never even cross the threshold, she set off with her maids to the river, where the child was exposed.

According to Philo, it just so happened that when Batya felt that she had enough and needed to get away from the palace, she happened upon the baby.

Philo’s premise that Batya was suffering from infertility makes a lot of sense. We never hear about her having any other children and the fact that Pharaoh did not have a problem with Moshe growing up in the palace shows that he understood how deep her pain was and did not dare try to dissuade or forbid her from adopting Moshe.

Rabbi Avraham Saba, in his commentary, Tzror HaMor, believes that it was not a coincidence at all. God specifically arranged for Batya to go out to the Nile at precisely that moment so that she would see the baby in the basket and have mercy on him. Verse 6 does not say vatere (as it does in verse 5), rather it says vatirehu, with the added letters of vav and hey (letters from God’s name) to hint that the Shechina (Divine Presence) was involved. According to Tzror HaMor, God specifically chose Pharaoh’s daughter to be His emissary to save Moshe.

How did Moshe repay his adoptive mother for saving his life?

Midrash Tehilim 136:6 explains that during Makat Bechorot (Plague of the Death of the Firstborn), Moshe prayed that Batya be saved as she was a firstborn.

According to the Zohar, Pharaoh’s daughter has a special place in Gan Eden (heaven).

Pharaoh’s daughter is one of the righteous women of that generation who helped put in motion the Exodus from Egypt. May she be an inspiration to us all.