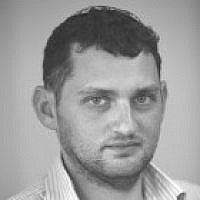 The Blogs
Joshua Davidovich
Apply for a Blog
Please note that the posts on The Blogs are contributed by third parties. The opinions, facts and any media content in them are presented solely by the authors, and neither The Times of Israel nor its partners assume any responsibility for them. Please contact us in case of abuse. In case of abuse,
Report this post. 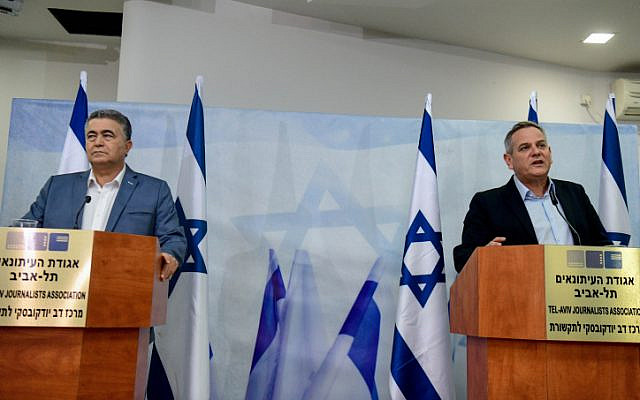 Wednesday marks the deadline for parties running for the Knesset to finalize and officially submit their slates. Mercifully, it also marks the end of the ritual of pushing, pleading, cajoling, spinning and threatening as smaller parties try to hash out merger agreements aimed at keeping them from “wasting votes.”

It doesn’t necessarily have to be this way. Not only is there a fairly simple solution that can cut out much of the fear-mongering, political games and horse-trading that are a hallmark of Israel’s elections, but that solution is already pretty much built into the system: vote sharing.

Here’s how Israel’s elections work now. Every party that gets a minimum of 3.25 percent of the votes cast gets into the Knesset. Votes for parties that fall below that relatively high threshold (by Israeli standards) are thrown in the trash, as if they were never cast. People who voted for them are essentially disenfranchised, and might as well have skipped the polling booth for the beach.

This does two things. Firstly, It makes voters who might want to cast ballots for parties that are seen as having less-than-great chances of crossing the threshold think twice about voting for them and essentially tossing their ballot in the garbage. I have spoken to countless people who are set on voting for a niche party, but once they get to the actual polling booth will suddenly be struck with great dread and switch their votes to a larger party at the last second. The large parties like Likud and others use this fear to their advantage, muddying the political arena.

That places a tremendous weight on perceptions, which are largely driven by unreliable polling. It doesn’t matter if Meretz has 300,000 supporters ready to vote for them. If those voters hear that polls show they might be throwing their votes away, they will flit toward other parties to make sure their votes count, and the bad poll becomes a sort of self fulfilling prophecy.

Second, it forces parties that fear falling below the threshold to merge in order to pool their votes and ensure they pass the 3.25 percent mark, creating the political drama we are seeing now, for the third time in a year. Often these mergers are awkward, like the bread-and-butter centrists of Labor-Gesher being forced to join forces with the far-left peaceniks of Meretz, or the quasi-right-religious-moderate New Right being pressured to bring Kahane inspired racists from Otzma Yehudit under their wing.

At least Otzma Yehudit and Meretz aren’t being pushed into a merger, but among Arabs the equivalent already happened. The Joint List is a product of the communist Hadash and the ultra-conservative Palestinian nationalist Balad being basically forced under the same roof just by dint of them both being Arab-led parties.

Mergers water down stances and chase at least some voters away. It’s why Labor-Gesher and Meretz were predicted to get 10-11 seats by running separately, but only 8-9 together. Voters are being forced to ask themselves whether they want to vote for a party they agree with if it means also voting for one they would never cast a ballot for in a million years. So yes, this way their ballots are counted, but is their voice truly being heard?

Which brings me to another unfair advantage large parties have over smaller ones. They have what are called vote sharing agreements, where they are allowed to pool “leftover” votes. So if Likud gets enough votes for 28.5 seats, it will pool the votes for that half seat with another party, based on a deal forged ahead of the vote, to try to make it into a full seat.

Ah, but that vote pooling only comes into effect for parties that cross the threshold. And yet, fixing many of the problems listed above would require little more than extending that vote-sharing ability to every party, whether they garner a single vote or a million, and upping the chance that every vote will count. All parties running in elections would be able to sign vote sharing arrangements with other parties. And the votes cast for parties that fall below the threshold, instead of being wasted, would thus be shared, eliminating the fear of “wasted votes” and avoiding the unnecessary drama of forced mergers.

There are a few different ways the system could work. It could take the shape of simple one-to-one or multiparty sharing agreements, upping the chances of at least one of the parties making it in without a formal merger. Or agreements could be structured in such a way that smaller parties that still don’t cross the threshold would funnel their votes to a party that does make it in the Knesset and that does align with their interests in some way. Those parties might not get a seat at the table in that case, but at least voters will no longer feel that a vote for them is a wasted, uncounted vote.

Imagine there is a small party focused on the idea of fighting for the rights of the disabled. This is not a small issue. Activists have staged massively disruptive protests around the country to fight for state stipends and other rights, and it’s a fight that many support. But parties that have placed the issue as their central plank have never been able to make it into the Knesset, nor really make any dent on the electoral conversation. It’s likely that at least some who might otherwise vote for them instead cast their ballots for a party they are confident will enter the Knesset. If such a party wants to get in, it needs to merge with a larger party and hope for a smidgen of representation, or throw in its lot with a rainbow coalition of disparate interests, watering down its voice and risking alienating its core supporters.

But now imagine if voters knew that even if that party does not make it in, the votes will still go to a party fighting for the rights of the Ethiopian-Israeli community, or vice versa, or any other party whose interests might align somewhat. Or even if they just knew the votes would go to a centrist wide-tent party. It would likely make them less hesitant to vote their conscience and less likely to cast their ballot strategically instead, and the party might then actually make it past the magic number and add their voice to the Knesset cacophony.

It’s not a magic bullet. Most small parties will still not be able to enter the Knesset even with their votes being pooled. Some may see vote sharing as a merger-lite, or might disagree with the party their votes could end up going to. Awkward mergers will still happen (see under: Blue and White). And it won’t make coalition negotiations any easier. (Solving that would likely mean raising the threshold even higher and forcing parties to compromise before election day.) But it could be a start.

The current system is a scourge on Israel’s otherwise vibrant democracy, quashing smaller parties or forcing them into a Procrustean bed and attenuating their ability to represent their base. One of the most beautiful things about Israel’s parliamentary system is the ability for even less popular parties to make themselves heard. I grew up in an America with an all-or-nothing two-party system that made that nearly impossible. A vote for a Green was a vote for the garbage. Right now Israel is also disenfranchising many of those voices that fall outside the center. Yes, compromise is critical if we are to move forward as a state and a society, but being a truly representative democracy, where nobody’s vote is thrown away for the sin of voting for a less popular idea, is no less important.