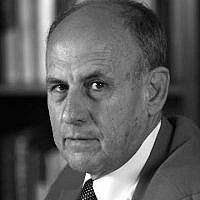 The Blogs
Avinoam Bar-Yosef
Apply for a Blog
Advertisement
Please note that the posts on The Blogs are contributed by third parties. The opinions, facts and any media content in them are presented solely by the authors, and neither The Times of Israel nor its partners assume any responsibility for them. Please contact us in case of abuse. In case of abuse,
Report this post.

There are two ways to ensure Jewish continuity, says Dr. Micah Goodman, an Israeli educator, philosopher and author. One is through the practice of Jewish Law, and the other is through culture. Since most Jews no longer seem to want to practice Jewish Law, culture could be an alternative. But to have it as an alternative, and to have a culture that all Jews can share, Jews who live outside Israel must learn Hebrew.

Secular Israelis breathe Jewish-Israeli culture, and “it’s giving them meaning, inspiration, identity.” For Jews who are seeking to guard their identity without practicing Jewish Law, language is a good option as “once you have Hebrew, all Israeli culture can be injected into your life,” says Goodman.

The conversation with Goodman, which I am pleased to present here, is the eighth in a series of discussions with Israeli intellectuals on the findings and analysis presented in the new book: #IsraeliJudaism, Portrait of a Cultural Revolution. It focuses on the cultural gap between Israeli Jews and American Jews.

The book #IsraeliJudaism, Portrait of a Cultural Revolution, is based on the work of the Jewish People Policy Institute (JPPI), and was coauthored by Shmuel Rosner, a senior fellow at JPPI, and Prof. Camil Fuchs of Tel Aviv University. The English version of the book was published recently and provides us with an opportunity to both present the unique nature of Israeli Judaism to the broader world, to discuss its future, as well as the implications for world Jewry. 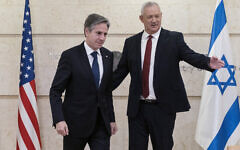