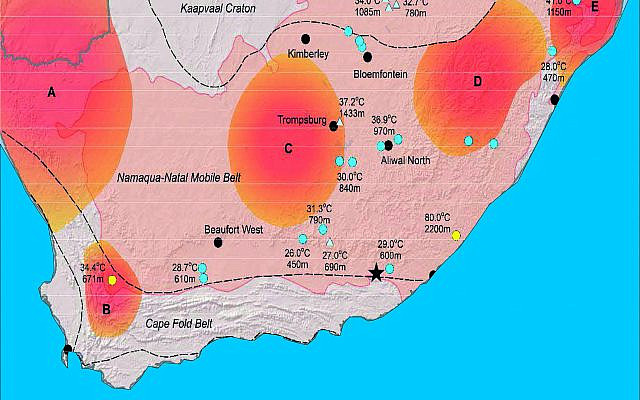 A recent report published by the World Wide Fund says the socio-economic development of South Africa (SA) is severely affected by the recent drought and water scarcity. Agricultural sector is badly affected due to food exports (maize). Since a large section of people are agrarians, this drought pushed thousands of people below the poverty line with thousands of agrarians losing jobs. SA receives 500 mm of rain annually. No option but to store the waters and recharge the aquifers. Desalination is the inevitable option to tide over the crisis. Yes, it is energy intensive but if free energy is available then this will be the prime option. The recent COVID 19 has opened up a variety of issues that needs to be addressed. We will see what lessons we learnt from this virus.

The above table gives some idea about the water situation of SA. Botswana and Namibia can rescue SA in the event of a deep crisis, but SA cannot depend on other countries and should be water and food independent. But all this depends on the rainfall and population growth.

The 2017 water crisis of Cape Town shook the country and the world. The six water supplying dams with a storage capacity of 898,221 mega L registered 190,300 mega L in May 2017. This has put Cape Town in a distress state and SA declared a severe drought. This has plunged the country into an economic disaster. Agriculture sector being the main economy, has plunged into crisis without water. What is lacking in SA is investments in infrastructure. A country without an assured water supply will never be able to attract investors. For example, Liberia with ample water is able to attract FDI from Libya and Saudi Arabia. Water crisis is going to haunt SA in the future. The country has to focus on developing alternate strategies to be food and water independent. SA has already an option to get fresh water through desalination but according to the report mentioned above the government feels that it is cost and energy intensive process. This is true if the process is supported by conventional energy sources like oil, gas and coal. In the context of current global climate change issues fossil fuels supported desalination process is not a viable option: –  nether solar pv can produce low cost fresh water through desalination.

Future clean energy source is the fertile granites that can generate high heat due to the presence of radiogenic elements like uranium, thorium and potassium. These granites are distributed widely in SA characterizing this region with high heat flow values. The volcanic eruption in Lesotho in 1983, high heat flow values over the entire SA, high temperature geothermal gradient over Karoo basin and occurrence of thermal springs with temperatures > 47 °C and extension of the East African Rift system below the Karoo basin are strong driving forces for SA to focus on the development of  EGS system in this region for power generation that can eventually be utilized for desalination (see the picture above) . Since EGS has matured and needs financial support from governments and private investors for such infrastructure projects. SA should work on this and invest its entire energy in developing EGS to get safe path to water and food independence. This is something like

COVID 19.  Science should have foreseen the onset of viruses like the one holding the world now and developed vaccine to combat this and rescued the world.

Water situation in SA is not going to be improved. On the other hand, it is going to get worse soon. Like Australia and European countries, SA need to earmark sufficiently large amounts for science and engineering. This is good opportunity for SA to lay the road map for future water and food independence. The geothermal energy is free and there are no serious environmental issues in developing this source.

Technology to create heat exchangers in granites is maturing and this is the right time for SA to focus on this technology and exploit these fertile granites for future food and water independence. Water is going to be a very precious commodity for all the countries in future and VWT (virtual water trade) may take a back step due to severe food insecurity in the world.  When oil was discovered decades ago world never thought that exploration for oil is so easy. With the development of advanced drilling technology and seismic exploration methods deep seabed hydrocarbon exploration and sea bed mining are taking shape. Any new technology will have initial hiccups but once established this technology will provide free energy to countries and provide food independence.