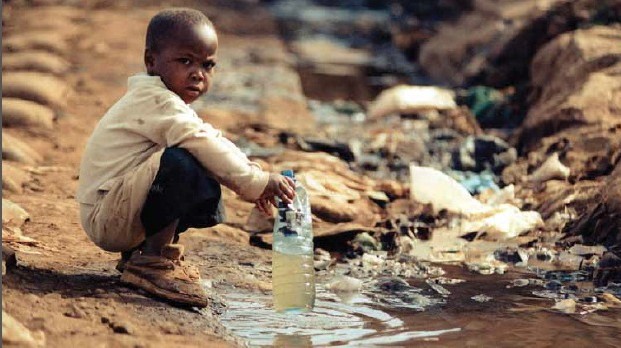 Every now and then we are blessed and cursed with perspective. Sadly, more often than not, this follows a tragedy when for a brief moment the mist clears and we are able to see what is important and what is not. In those moments we hug our children tightly and make the promise to ourselves to spend less time on our cell phones and more time with loved ones. And then, life takes over, the fog returns and we once again focus on all the wrong things.

The drought that is gripping Southern Africa should be one such moment. The devastation is horrific. And as always it is the poor who are hardest hit. Already crippled by poverty, they remain in the front lines of the catastrophe that could push the continent into a irreparable decline. The situation is urgent and desperate and requires full collaborative focus if grand scale tragedy is to be avoided.

Which make the Mail & Guardian Africa Water Summit so important. Or so one would think. The conference, a collaboration with the South African Department of Water and Sanitation has been arranged to deal with the crises and to engage with experts in the field.

One such expert is Professor Lorenzo Fioramonti of the University of Pretoria. Fioramonti has long called for radical changes with regard to water and one would rightly assume that this summit is exactly the opportunity that he would have been waiting for in order to educate and inform. So it was no surprise that he accepted the invitation to participate. What was somewhat of a surprise was that he withdrew his acceptance on hearing that Israel’s Ambassador to South Africa, Arthur Lenk was invited and would be participating on the panel.

Israel is well regarded as having expertise in the field. Anyone visiting the country will note the tremendous achievement in turning desert into farmland. What was arid and inhabitable now provides sustenance to the people of the country as well as to others around the world. Water might scarce but Israeli innovation is not and Lenk, familiar with the multitude of options has much to offer the conference.

But for the BDS and their cohorts, the fact that Israel might be able to assist people of the African Continent is irrelevant. So blinding is their hatred that they would rather destroy what is critical dialogue than to learn from Israel. For them the fog is so thick and no amount of suffering will allow it to clear, even for a while.

It comes as no surprise that the plight of Africans is not a concern of BDS South Africa. They have long exploited their relationship with the people of the continent and used their cultivated relationship to further their own agenda. What is a surprise is that they manage to co opt supposedly intelligent academics on board their bus of hatred and to obscure the suffering of so many whilst they journey to their destination of destruction.

What is remarkable is that not only has the professor shown little regard for the suffering of those on whose continent he lives, but he manages to turn his abandonment around and wrestle his way into a position of moral outrage. He does so he claims, in order to support those who seek a just and sustainable peace in Israel. The mind truly boggles.