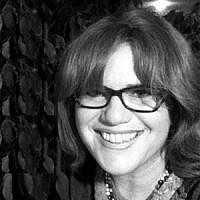 The Blogs
Adrienne Ringer
Apply for a Blog
Advertisement
Please note that the posts on The Blogs are contributed by third parties. The opinions, facts and any media content in them are presented solely by the authors, and neither The Times of Israel nor its partners assume any responsibility for them. Please contact us in case of abuse. In case of abuse,
Report this post.

I’m so accustomed to the stress of living here, in Israel, that I am often surprised when friends of mine, tourists, talk about how overwhelmed they are and how they want to fly right back to the states.

On one hand I’m also scared and on the other I honestly don’t see how sirens blaring (or not) make life in israel different from last week, last month, last year, two years ago . . . and so on.

We are living in a dangerous world — all of us, the world over.

In the United States we might not live in fear of missiles but for the 26 months I lived in Los Angeles with the most beautiful 2 year old twin babies I was terrified of taking my eyes off of them for one second. I wasn’t afraid of them getting lost, I wasn’t afraid of anyone knowing they were jewish (I was repeatedly mistaken for a nun when we lived in LA — people didn’t see us and think “Jews”).

I was terrified of them being stolen, kidnapped, hurt, hurt brutally and never being found.

Children in Israel (when sirens are silent and hitching posts are safe) are having the childhood I had in Southern Calif. They are enjoying the freedom I did during summers spent in Healdsburg, Calif.

They can cross major intersections on their own (or their parents instruct them to ask any random adult to help them cross) (an honor if you understand and extrapolate: they trust me to see their child safely across; they don’t know me yet they know I care about their child). Children in Israel can amble down the street to visit friends; they can bicycle around the capital without fear.

In Betar Illit we have children “g’machim;” a lost child is taken to the nearest gemach and his parents first look there for their lost two year old (you’d be amazed at a two year old’s wanderlust).

Even as four year olds I vividly remember watching them rush off into a crowd on King George St. without flinching, without doubt; I felt simple RELIEF at being home, at not being in Los Angeles.

Television entertainment and news programs profit from the constant violence in major cities across the US.

I have a quirk: I don’t read the news, I don’t listen to the news, I don’t want to know what’s happening in DC, Chicago or Gaza. I receive a small email from Time magazine with 12 headlines — the first four accompanied by a few sentences — so I do have a microscopic awareness of “the world” and I find it incredible to see that when reporting on the deaths of Palestinians it’s somehow to our detriment that out of the HUNDREDS of missiles being fired across the country we (the Israelis) haven’t suffered one casualty.

Like that’s our fault somehow; as if we should only kill one palestinian if one Israeli is killed.

As a mother of two 16 year olds perhaps the math might be something like 10,000 Palestinians for each one of our murdered children — we aren’t going back to World War Two when the world watched millions of us being slaughtered and looked the other way; we aren’t sheep and how dare the world insist we try imitating them.

On second thought 10,000 Palestinians doesn’t even begin to compensate for the loss of one Israeli child. There is no compensation, there never could be, there never will be and if you (enemy of Israel) don’t want to be in a war — move out.

G-d knows I moved here from very far away. I choose to live in a land where I am treated like an alien even after 21 years; yet I’m not going anywhere nor are my children.

I accept that living here isn’t a picnic; life in this world isn’t supposed to be a picnic, no matter where you live, so why not live here?

It’s my unprofessional, unqualified, highly biased and anecdotally supported opinion that Israel is the safest place in the world to be a Jew today.

Which brings me back to waterproof mascara.

I don’t like waterproof mascara. Somehow it’s more brittle or more stiff or something and I only buy it for Shabbas; yet the day I learned three Israeli teens were kidnapped I started wearing my waterproof mascara, everyday. I think I finished the bottle.

I imagine that as a nation of women coping with kidnapped teens, sirens blaring and missiles flying, then murdered teens, more sirens and more missiles, a murdered Palestinian youth, more missiles, more sirens, the calling up of thousands of reserve troops, the cancelation of camp outings and children traumatized by the never ending state of alert, the need to be ready to get to the bomb shelter; I imagine we’ve all used up our waterproof mascara.

I want to persuade my American friend to not leave but it’s not enough to say, “Don’t leave; it’s safer here than in New York.” That’s not acknowledging her very real experience of heightened vigilance and dread.

(And we’ve been at war for over 2,000 years — in Israel, out of Israel, doesn’t matter where we are — we are the survivors of never ending persecution and death; the world’s scapegoat; the arrogant victim; the defiant slave; we will not be exterminated.)

Next I’d say, “But if you are willing to get through one week, maybe two, the situation might radically change; you might have an amazing and fun summer vacation.”

The first step to surviving the next 1-2 weeks: stop reading the news, stop listening to the news. Stop discussing how many missiles were fired today, yesterday and last week. Stop commenting on a 90% success rate (for Iron Dome), as if 10% is specifically coming for you. Don’t allow yourself to be swept away with information you do not need to know. How will the news help you feed and clothe your son? How will knowing how many missiles were fired today help you read him a story?

The next step is buying more waterproof mascara.

For me makeup is fun! It’s a sheer mask I wear between me and the world. Makeup helps me feel alive, well, energized, beautiful and ready to do anything. Done correctly no one notices I’m wearing makeup; it’s something I do for myself. I notice the finish it gives me, I enjoy the warmth it brings to my freckled skin. Makeup can also be part of a morning routine, removing it can be part of an evening ritual. We learn as the parents of small children: routines/rituals help us calm down, they help us feel more secure.

One of my next tricks for coping with stress is to fully immerse myself in one task at a time. It’s not as easy as it sounds. When we sit down to eat, the phone sits with us or a book or a paper or the television; why? Why not disconnect and focus on, “What do I want to eat now?”

Tuning into myself, my physical body not my emotions, does a few things: it helps me separate from the rest of the world (cultivating my identity as a individual) and it helps me be more present in the here and now.

After figuring out what to eat I continue, “What do I need to prepare this meal?” Another ritual: pulling out the mixing bowls, pots for boiling water, veggies from the freezer, counting eggs, etc. Clearing off a counter. Making order and chopping onions. I might be able to operate on autopilot but it’s more helpful to turn it off.

While the food’s cooking I clear off the table, pull out plates, cups, some flatware and napkins.

I inhale the aromas, I add seasoning. A child might ask, “What smells good?”

Bringing the food to the table I sit and think, “Where did the food come from?” H’ knows I’d eat this bell pepper, H’ knows these eggs are for me, H’ willed the cow to produce this milk for me, He knows I’d drink these coffee beans. My food is custom tailored for me, my body and my pleasure.

Blessing the food, conscious of the fact that G-d is, was and will be, I chew slowly to experience the flavors in my mouth. I am fully in the present.

Am I a general? Does the army need my constant care and help? Will one less missile be fired if I personally keep count?

Obviously a siren requires a response — there’s a protocol to follow. I took lunch into the secure room today — the siren started as I finished washing my hands so I just picked up the challah and plate and went.

Certain peace will be found in the humility of letting go. Of recognizing and keeping cognizant that the war doesn’t need me. I’m only a player in as much as I pray to G-d for help and do my part to respond to the siren.

There’s another idea if it’s difficult to let go, difficult to sleep, difficult to get out of bed: I’m not ashamed to say I use tranquilizers when needed. They are a tool. Tranquilizers might not be for everyone (for all sorts of reasons) but if you ask your family doctor for help they might suggest something soothing. Something stronger than a warm glass of milk or chamomile tea with honey.

Our enemies are waging war against our time — we are losing valuable time at work; our children are losing valuable time from summer vacation; our military reservists are losing time pursuing their education and careers; our weddings are being interrupted; husbands and wives are probably fighting more — if you need medication, if it will help you reclaim some of your freedom, that’s fighting the war and winning an individual victory.

For me I needed medication during the two weeks we couldn’t find Eyal, Gil-ad and Naftali. Since their funerals I don’t.

“The whole world was created just for me,” and I will look to waterproof mascara, a healthy and tasty meal, a break from the news, a break from my phone, a massage, a swim, a run, a nap and medication too; I will look and find and use anything and everything to help keep my sanity and enjoy my life at a time when the war is more immediate and invasive.

About the Author
Adrienne was born in California. While attending university in Davis, CA she met her husband. He proposed within 36 hours and announced, "I'm moving to Israel." Adrienne (who never thought of living anywhere) said, "That sounds like fun." Within six months they moved to Jerusalem where she was able to continue her studies at Hebrew University. After four years they were blessed with twin boys and Adrienne became a full time mother. Today Adrienne works as a professional gardener in Jerusalem, teaches English (she calls it her "shmittah" job), assists with three day Imago workshops, writes material which seems inappropriate for the Israeli Charedi community (despite living in an intensely Israeli Charedi city) and manages to love, feed and clothe the four men in her life.
Related Topics
Related Posts
Comments