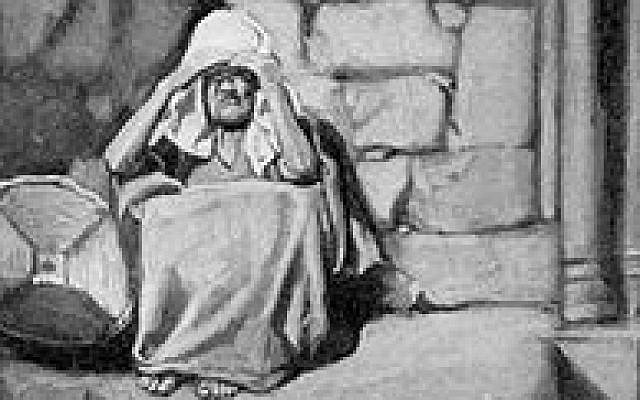 For many years, even before the COVID-19 pandemic brought our lives to a standstill, I have thought that the world has been the victim of a separate, horrible disease. The way that we speak to each and about each other has brought a plague of destructive worse than the Corona virus to our lives and to our society. As we know, social media and the internet has amplified our ability to speak ill of each other without serious repercussion and has allowed people to treat each other in ways that they otherwise would not in person. However, it seems to me that we have also begun to treat each other in person poorly as well.

This has been particularly clear in the political and cultural arenas; where we are used to seeing people ridicule and ruin each other’s lives publicly. Unfortunately, this happens within the Jewish community as well. People write and say things about other Jewish groups and people that they would never say to their faces and would been embarrassed have associated with their names. Associated with this social ill, is our society’s inability to allow other people to change. Poor choices or mistakes that somebody made decades ago resurface on the internet to destroy people’s reputations and character. This is particularly scary because it does not allow for the fundamental Jewish principal of teshuva, change and growth, to take place. The Torah teaches that we should judge people for who they are now, and not for what they may have said in their youth.

In this week’s parsha Tazria-Metzora we learn about the laws of leprosy. The rabbis taught that leprosy came as a punishment for speaking poorly about other people. In Hebrew this is called lashon harah which is literally ‘evil speech’. About a dozen years ago I was a student at Yeshivat Maale Gilboa, a small Israeli yeshiva in Northern Israel. Every morning before class my teacher, Rabbi Meir Rubinstein, would begin our Talmud class with a five-minute lesson in the laws of lashon harah. That year in yeshiva was transformative for me for many reasons, yet this simple daily lesson was the most significant one that I learned. Studying Torah and being a religious Jew is predicated upon being a mensch, treating people well and never saying anything not nice about other people. Before we learned Torah, we would talk about and think about how we can be better people.

Judaism teaches us that the way that we speak has tremendous significance. We can use words to imbue the mundane physical world with holiness, or we can use our words to cause great pain and suffering. The Talmud makes the audacious claim that whoever publicly embarrasses a friend is as if they killed them (Bava Metzia 58b). Rav Meir, as we lovingly called him, was teaching us this lesson, and reminding us to always be careful about how we speak about and treat other people, even while learning Torah.

While I have been very saddened by the way that people speak about each other, especially on the internet, I have noticed a slight change however since the beginning of the Covid-19 virus. People seem to be speaking (and writing) a bit differently. The world is a lot scarier today than it was a few months ago. Life is much more fragile. Saying something cruel about another person seems less wise when we are confronting our own mortality. Do we want to be remembered as the type of person who spoke gossiped all the time? I think it also helps that there are fewer things to gossip about. People are staying at home and doing less in public, which leads to fewer reasons and opportunities to be critical of other people.

While discussing the laws of leprosy, the Torah explains that after the priest identifies the leprosy the leper must be quarantined outside of the city for two weeks. These two weeks of quarantine are a time for introspection and reflection, a time to commit to changing your life and becoming a better person, a time for teshuva. My family and I have just finished our two-week quarantine period after arriving in the United States right before Pesach. It has been a lonely, and at times stressful two weeks. It has also been an opportunity for us to think about what type of changes we want to make in our lives going forward.

Today, all are lepers in quarantine. We are all forced to be by ourselves, away from community and other people. I hope that we can all use this time of isolation to become better people. That way, when we come back together, we will hopefully be a better, kinder, and more generous world than the one that we had before this plague.