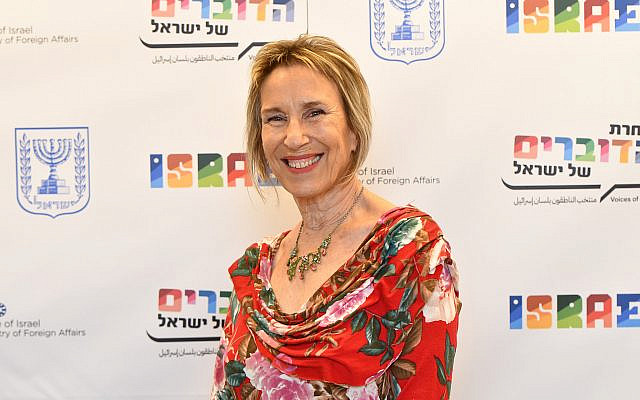 The stately Jerusalem stone building stands like a proud sentinel, not far from the entrance to Jerusalem. It houses the Ministry of Foreign Affairs and served as my destination every week for eight Thursdays. Eighteen of us, hand picked from among hundreds of applicants from around Israel and abroad, were slated to be the first class of the Voices of Israel project, initiated by Deputy Foreign Minister Idan Roll. Weekly on Thursdays, we arrived from locations all around Israel, laboriously chugging through Israel’s worsening traffic to learn about the background of the Israel-Palestine conflict, how to interact with journalists, the best methods to use to clearly get our messages across and how to read between the lines of others’ messages. 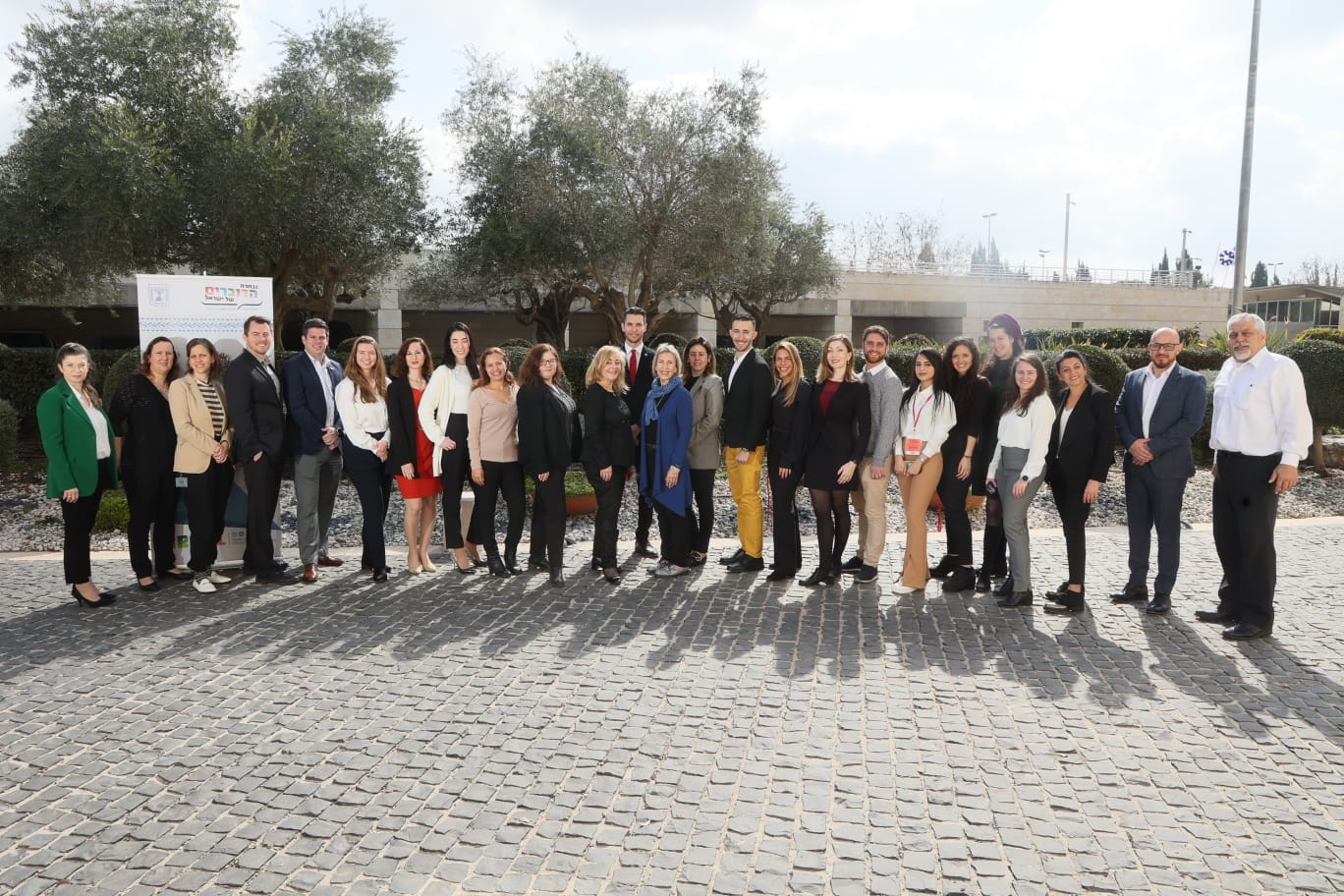 We discovered a little about what really goes on in those maze-like halls (although we were NOT free to roam them unaccompanied).  We were taught how to best harness social media and were even gifted a ring light to help get us started ;-). We networked and team worked and, through the process, evolved into a group able to  rely on one another. We have each other’s backs while sharing our own individual areas of expertise.

In the opening session, the spokesperson of the Foreign Ministry, Lior Haiat explained to us  that during last May’s Operation Guardian of the Walls, the people at the MFA noticed that Israelis who were interviewed in the foreign media were mostly suits: politicians or government and military officials giving government approved statements. The Gazans on the other hand, were just the average citizen found on the street providing  their own personal story. 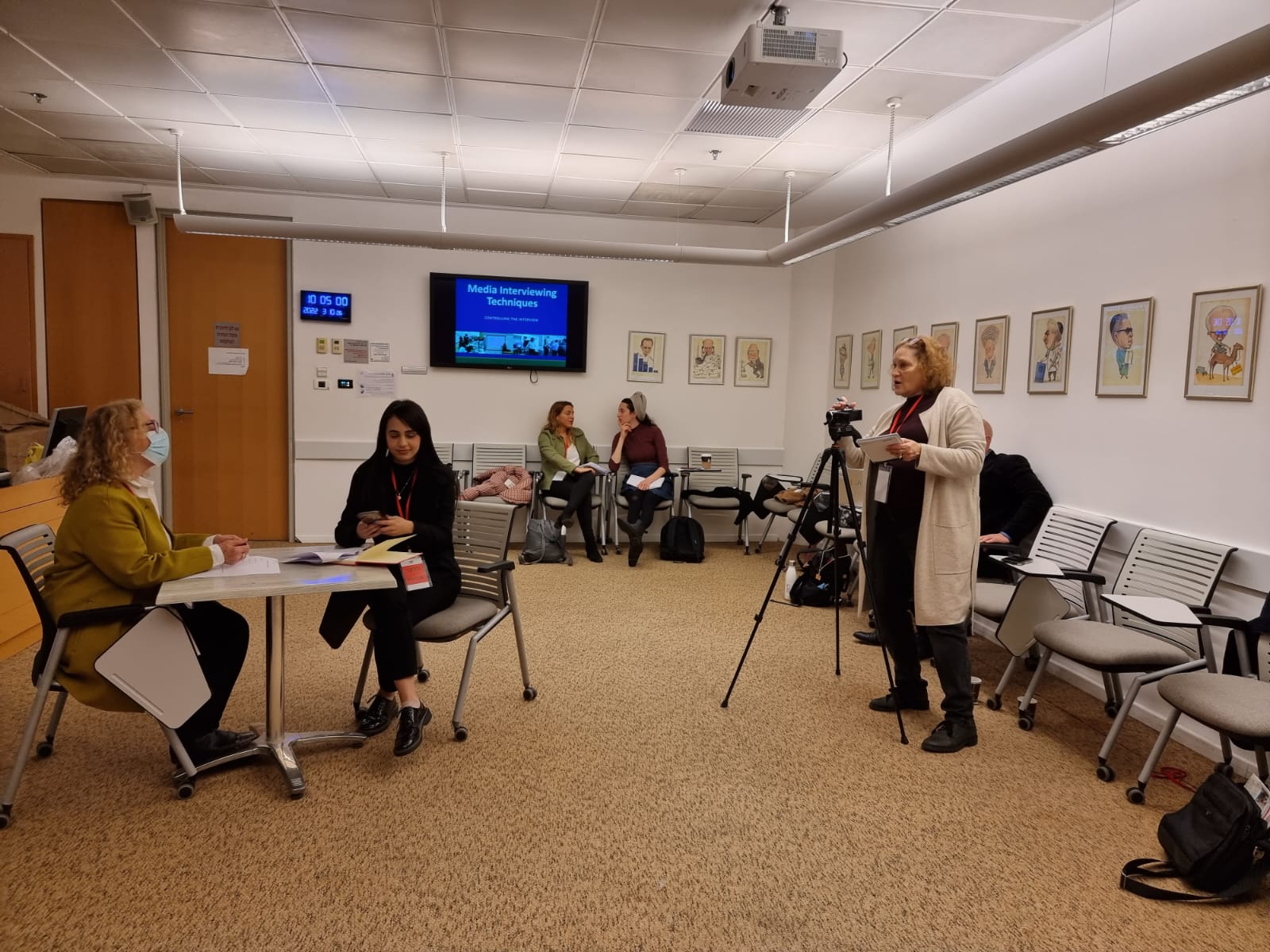 How to give an interview
Photo credit: My own

This realization inspired our Ministry to dream up a program that would harness the capabilities of Israeli citizens from different parts of the country, including a wide cross-section of the population. Hence, they started the ball rolling with a call for applicants, sorting through an assortment of candidates who applied, then finally choosing the team for the first “Nivcheret Hadovrim”- The Voices of Israel. We are an eclectic mix of observant and secular Jews, Muslim Bedouin, Druze and olim chadashim (new immigrants) just off the plane: plain old Israelis! Among us are residents of the different urban centers and towns, villages in the heart of the country as well as border communities  and speakers of different languages. We are kibbutzniks, hi-tech workers, criminal profilers and dance teachers, lawyers, university professors,  IDF civil officers (res.) – even a trained medical clown.

All these outstanding Israeli citizens have been brought together for one purpose. We were gathered together not to be taught WHAT to say, but rather to learn how to tell our personal stories – the truths of Israel- in order to help balance out the many untruths and inaccuracies that the world hears and reads in international media both traditional and social. We, you see, are citizens with boots-on-the-ground, in the field living the beauty as well as the conflict, and only we can tell the story of our lives, far better than anyone else. 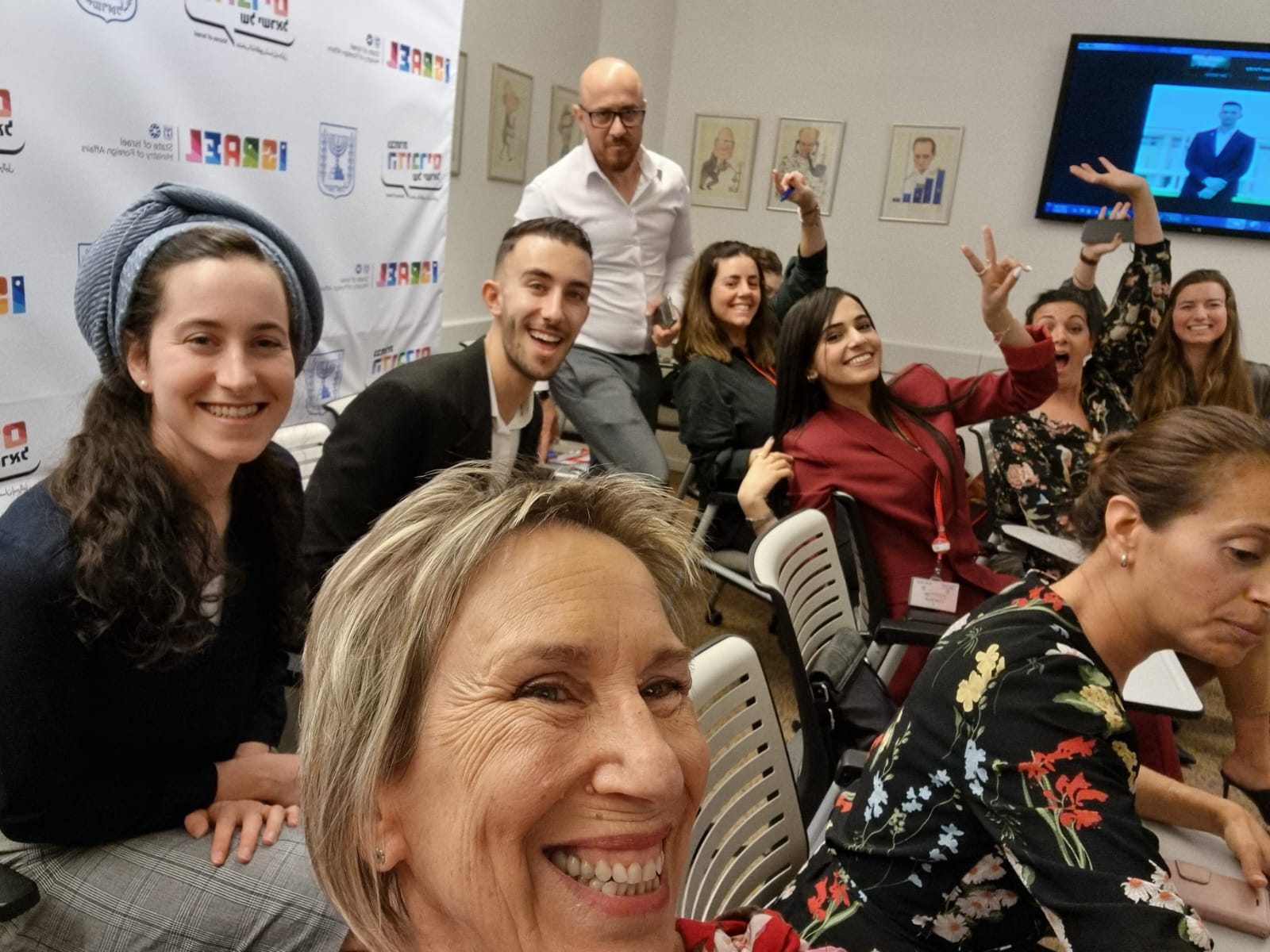 We’ve already begun our work, including  all the developments that occured during our period of training – starting with the invasion of the Ukraine, and the terror attacks happening around the country, the violence taking place on the Temple Mount and most recently, the rocket attacks from Gaza. We are tweeting and Tiktoking, advising, encouraging and empowering one another. We stand, shoulder to shoulder, boosting our colleagues’ voices for the good of us all; for the good of Israel so very close to all of our hearts.  Keep your eyes peeled for us. We are the #Voicesofisrael. We have just begun, and we are just the beginning! 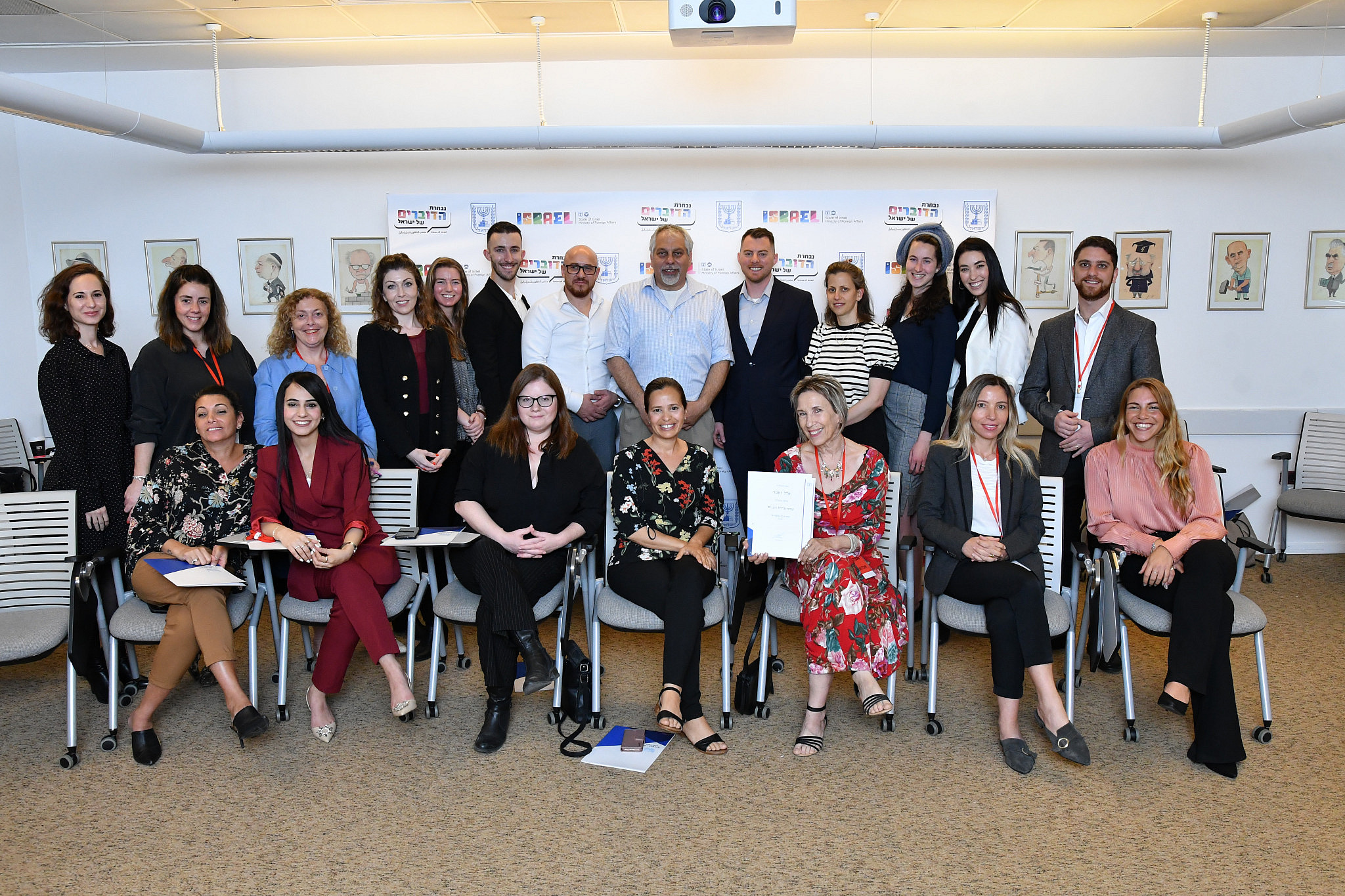 First graduating class of #VoicesofIsrael
at the end of the 8 week program
Photo credit: Rafi Ben Hakoon
רפי בן חקון , לע”מ
About the Author
Born in the USA, Adele has lived in a Kibbutz on the border with the Gaza Strip since 1975. She is a mother and a grandmother living and raising her family on the usually paradisaical, sometimes hellishly volatile border. She moderates a FB group named "Life on the Border". https://goo.gl/xcwZT1 Adele recently retired after 38 years as a teacher of English as a Foreign Language, as well as a teacher trainer and counselor for the Israeli MoE for EFL and a Tech Integration Coach. She blogs here about both Life on the Border, as well as about digital pedagogy, in "Digitally yours, @dele". She is a YouTuber, mostly on the topic of digital stuff. (https://goo.gl/iBVMEG) Her personal channel covers other issues close to her heart (medical clowning, Life on the Border, etc.) (https://goo.gl/uLP6D3) In addition, she is a trained medical clown and, although on COVID hiatus, until allowed back into hospitals, she clowns as often as she can in the pediatric ward in the hospital in Ashkelon. As a result of her activity as an advocate for her region, she was included among the Ha'aretz "Ten Jewish Faces who made Waves in 2018" https://goo.gl/UrjCNB. In November 2018 she was invited to Geneva by an independent investigative committee for the UN to bear witness to the border situation, and in December 2019 addressed the UN Security Council at the request of the US ambassador to the UN.
Related Topics
Related Posts
Comments