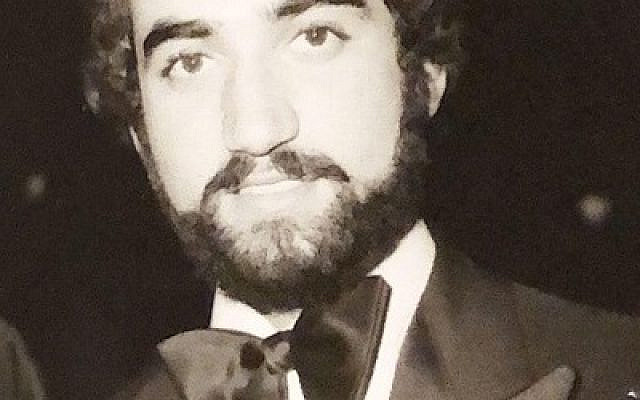 A little more than 40 years ago, thugs of the Khomeini regime in Tehran randomly arrested, beaten, tortured and executed my then 30-year-old relative by the name of Ebrahim Berookhim. His crime in the eyes of the regime? He was born Jewish. His execution was the last straw for my parents who took me as a child and quickly fled Iran several weeks after his senseless killing by the regime’s thugs. For many years both my parents shared with me portions of this painful story of Berookhim’s execution and the horrific Jew hatred they face under the current Islamic Khomeini regime.

I knew it was a terrifying experience for them, but not until recently when hearing the news of three young Iranian Jews being randomly beaten by pro-Palestinian thugs on the streets of West Hollywood just for being Jewish, did my parents’ horror from Iran truly sink in for me. This incident has shocked the Los Angeles area Iranian Jewish community and all Americans regardless of their religion, must call for the authorities to put an end to this shameful thuggery.

My relative, Berookhim was not politically active nor associated with the Shah’s government and he was in no way protesting the new Islamic regime of Khomeini. Yet he was randomly beaten, arrested and imprisoned. He was not given a trial, an attorney or any opportunity to defend himself. The Islamic regime’s thugs knew he was Jewish and came from a wealthy family, so they decided to make an example of him in order to send a clear message to Iran’s remaining Jewish population. Sadly, many of those torturing and executing Iran’s Jews in the early 1980s were Yasser Arafat’s terrorist Palestinian thugs brought to Iran by Khomeini to carry out his violent dirty work.

Jews were no long welcomed in Khomeini’s Iran and not protected by the perverted laws of the new Islamic regime he had set up. After being tortured for several days inside the regime’s notorious Evin prison, they placed Berookhim before a firing squad and shot him point blank in the heart. The news of his sudden and random execution shocked our family members as well as other Jews in Iran. The greatest shock of his execution for no reason came to my father who risked his own life to retrieve Berookhim’s body and give him a kosher burial.

He saw his friend’s bullet-ridden, bloodied and tortured body up close. The experience traumatized him and to this day after 40 years, he still experiences heart-wrenching nightmares of the ordeal. Berookhim was not the last Jew tortured and executed by the Islamic regime in Iran. Prior to his killing, the regime had also randomly executed Habib Elghanian, the Jewish community’s leader and subsequently continued their persecution and killing of Jews for more than four decades. Iran in 1980 and today under this radical Islamic regime has no laws providing equal justice or equal rights to religious minorities such as Jews, Christians, Baha’i’s or Zoroastrians. As a result common criminals as well as the regime’s funded thugs still frequently prey on and attack Jews and other religious minorities living in Iran without fearing any consequences from the authorities. Over the years these individuals have as a result fled Iran in mass numbers.

My parents were among the nearly 40,000 Iranian Jews now living in L.A. whose families either fled or escaped from Iran after the 1979 Islamic revolution after experiencing this horrific form of persecution just for being Jewish. None of us ever imagined that we would face the same sort of violent radical Islamic antisemitic attacks while living in America. This form of radical Islamic terror and attacks on Jews in L.A. or anywhere in America is totally unacceptable! Both local and federal law enforcement need to immediately arrest and criminally prosecute those involved with these antisemitic attacks. While the European nations or the Ayatollah regime in Iran may look the other way at random attacks on Jews, Americans of all faiths and backgrounds have a responsibility to stop this hate before it grows into a cancer effecting every other community in this nation. We, as Jews did not flee Iran and come to this free land of America in order to endure such unspeakable hatred and attacks on our community just because of our religion. The U.S. Justice Department has a responsibility to fully prosecute pro-Palestinian thugs under federal hate crimes statutes for their violence against Jews. If not, this country will not only see a continued increase in attacks on Jews, but chaos and lawlessness will endure everywhere. Silence is not an option today.

No Jewish group in America better understands the violent antisemitism of radical Islamic hoodlums better than my Iranian Jewish community because of our first hand experiences of it in Iran. This attack on the three young Iranian Jews in West Hollywood should also serve as a wakeup call for America’s Ashkenazi Jews to learn more about our experiences in Iran with this form of violent radical Islamic Jew hatred and demand U.S. federal authorities put a stop to it. As Iranian Jews today in America, we have many great Muslim friends who are Iranians and Arabs. Many of them have rightfully denounced this form of violent antisemitism and have proudly stood with us during this latest incident. We continue to cherish many of their friendships and relationships. Yet our grievances are with those hoodlums and thugs who because of their rage from the Israeli-Palestinian conflict in the Middle East decide to take to the streets of L.A. and violently attack Jews for no reason. We had enough of the violent lawless Jew-hatred in Iran, we don’t want to see it again in our new adopted home of America.