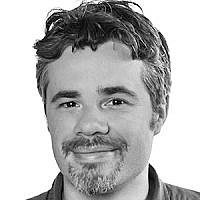 The Blogs
Dan Savery Raz
Apply for a Blog
Please note that the posts on The Blogs are contributed by third parties. The opinions, facts and any media content in them are presented solely by the authors, and neither The Times of Israel nor its partners assume any responsibility for them. Please contact us in case of abuse. In case of abuse,
Report this post. 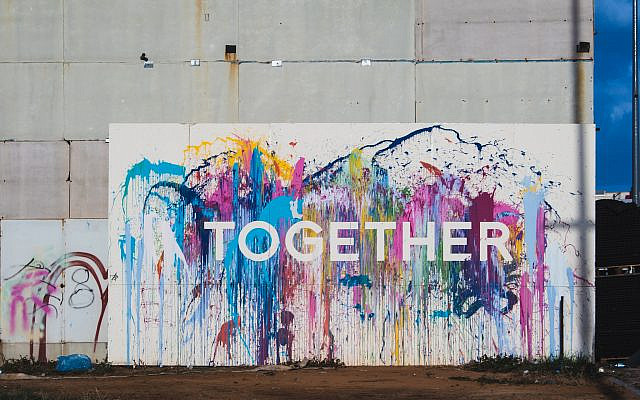 Photo by Nicole Baster on Unsplash

As we end the odd year of 2019, Israel has much to reflect on. Two general elections resulted in nothing but months of bickering, rumours and ultimately, no new government. His Holiness President ‘King’ Bibi Netanyahu held onto power for the whole year with the greatest display of time-wasting and political stalling in history.

Bibi couldn’t form a coalition, neither could Benny Gantz (who won the second election) and many ‘experts’ say the third election will likely bring similar results and another deadlock. If we know the next election is a waste of time and money, then why don’t we simply ignore it?

Think of all the spare time we’ll have. There’ll be no need for months of pointless speculation by overpaid pundits on the television news channels. The writers of satire show Eretz Nehederet can take a well-deserved break. Instead, people can watch some football or three-hour Scorsese films. Or even better, read a book, go the ballet or the beach.

Don’t get me wrong. I’m not proposing anarchy. I’m simply proposing that we don’t play the Bibi-Gantz-Lieberman-Bennett game of thrones.


After all, no great damage was done this year by the lack of a real leader. Has it all been a scam? Did we ever really need an interfering Prime Minister?

Local government functions perfectly well without a corrupt national leader. Mayors run the municipalities that make up Israel. Indeed, in Tel Aviv, Ron Huldai is more powerful than Bibi. Big Ron (Mayor of Tel Aviv since 1998) is no angel, but at least the city is finally building its much-needed light rail, getting a huge facelift and introduced all kinds of transport sharing initiatives like Autotel, Bird, Bubble Dan and whatever other app comes next (Bubble Bird, anyone?)

And it goes even further. In my brave new world, environmental issues such as waste disposal, recycling and renewable energy could be taken care of by NGOs.

Education could be left to local educational authorities – there’s no need for right-wing religious interference from above. In fact, schools could be autonomous. Today in Israel there are excellent Waldorf or Democratic schools that follow the curriculum but have almost total independence in determining their day-to-day activities and style of learning.

Healthcare can be run by doctors and medical experts instead of nonsense politicians with an agenda. Imagine that – people that actually studied medicine and cared for the sick deciding what direction healthcare takes.

I know what you’re thinking – but who will decide on the budgets and finances? Well, that’s easy, we’ll bring in some economic genius like Stanley Fischer (former governor of the Bank of Israel). Big decisions will be made via a collegium of leaders from health, education, environment and other departments.

Who will meet other world leaders? Well, we have President Reuvlin Rivlin for now. He’s got a friendly face and can shake hands, that’s about all that’s needed for a mostly ceremonial role like the Queen of England. Maybe we could ask popular celebs like Gal Gadot to step in sometimes. I can see the headlines now: ‘Wonder Woman Makes World Peace’.

Likewise, Masterchef Eyal Shani can run the army – at least he’ll ensure all IDF soldiers get a nutritious meal (albeit in a pita). Author David Grossman can be in charge of Culture, replacing Miri Regev who is demoted to the more suitable Ministry of Animals. And outspoken TV presenter Rotem Sela can be interior minister, just because it’ll annoy Bibi.

Oh, the peace process, nearly forgot about that. If Bibi and Abbas can’t sit down for peace talks, then maybe ordinary people and businessmen can just get on with the groundwork of forging real alliances. Israeli business could support Palestinian business and vice versa. It’s in both people’s interest to cut the Palestinian unemployment rate. Businessmen like Bashar Masri, a Palestinian-American billionaire, could be one partner. Plus, it’s well-known that there are thousands of skilled Palestinian graduates who can help fill the Israeli hi-tech employment gap.

Yep, we’ve got it all covered. Bibi, Lieberman and even Gantz, we don’t need you. You can keep holding election after election, but the people have chosen themselves. And just like Pink Floyd’s ‘The Wall’, we’ll sing: “We don’t need no Coalition. Hey! Bibi, leave us all alone.”

About the Author
Dan Savery Raz is a journalist, poet and editor from England, who lives in Tel Aviv.
Related Topics
Related Posts
Comments