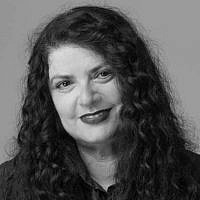 The Blogs
Shula Keshet
Apply for a Blog
Please note that the posts on The Blogs are contributed by third parties. The opinions, facts and any media content in them are presented solely by the authors, and neither The Times of Israel nor its partners assume any responsibility for them. Please contact us in case of abuse. In case of abuse,
Report this post. 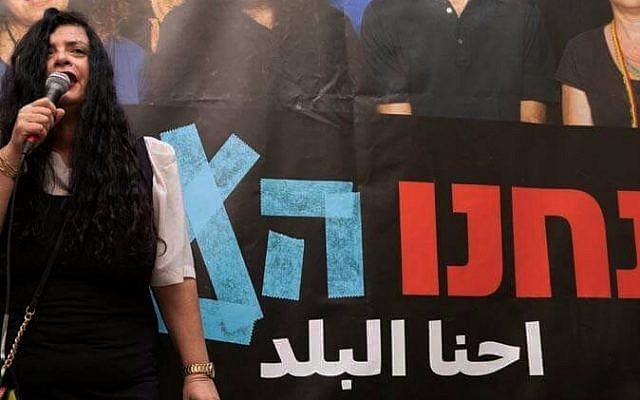 I founded a radical Mizrachi feminist movement, belong to a party that welcomes Jews, Arabs, migrants and asylum-seekers, and have just been elected to the Tel Aviv-Jaffa Council, defeating right-wing nationalists in the process.

It was an election upset, no doubt, but the result means more than left-right politics. It means that communities so often removed from power have a seat at the heart of the city.

People say my own journey tells the struggle of those who live in south Tel Aviv, a municipality long neglected by our government. Our neighbourhoods became a place of women plying their trade, drug trafficking, crumbling infrastructure and ethnic tension, stoked by those with an agenda.

Over the past 15 years, tens of thousands of asylum seekers – many having suffered violence and political persecution – were thrown into south Tel Aviv, in particular into the Neve Sha’Anan neighbourhood, where the old and new bus stations are located.

Suddenly we had this influx of thousands of people into our community with no local knowledge, who couldn’t speak the language, and who completely lacked the tools needed to integrate into the Israeli society.

The result was not surprising – increased tension between the local population and the asylum seekers, living together in a space originally designed to accommodate just a few thousand families, with already creaking infrastructure. That tension was exacerbated by the arrival of right-wing and left-wing organisations that transformed this essentially human issue into a battleground of left-right politics in Israel.

As residents, we responded. Back in 2011, as Achoti (Sister) for Women in Israel, we created a social initiative called Power to the Community. The idea was to fill the gap left by government neglect and solve some of the most the pressing issues. Together with a large group of south Tel Aviv residents and asylum seekers, we met the basic needs of the vulnerable, such as legal aid, health care, housing, schools.

This mixed group would later form the backbone of our latest and largest struggle, against the deportation of asylum seekers that the government pushed for this past year. Our voice was fundamental to changing the nature of the struggle from a human rights issue to a community issue, led by and supported by those have to face the hard reality of south Tel Aviv day-to-day.

We know the current situation of our neighbourhoods is unsustainable, but contrary to what our government thinks, we believe it is possible to find a humane solution.

The narrative of right-wing parties such as Likud (who we defeated in these elections) suggests only a binary situation i.e. that it’s either them (the asylum seekers) or us (Israeli residents of south Tel Aviv). Their narrative was shared by most of the Israeli population up until a few months ago, until we – the Mizrachi inhabitants of South Tel Aviv – took the lead in the struggle.

Doing so was fundamental to stopping the deportation, not only because our grassroots campaign had a deep understanding of the situation on the ground, but because we explained to the Israeli public the deep link between the deportation of asylum seekers and the neglect of south Tel Aviv.

Today I can say proudly that we – the Mizrahi women and men of South Tel Aviv – precisely because we have suffered years of neglect and discrimination, see the asylum-seekers as people, as equals, as neighbours. For this reason we will fight with all our might to achieve a humane solution to this issue.

This is the story – and the success – of the civil society groups I have been proud to help establish, and it is the story I will arrive with at City Hall. We will not stop working together until we get the integration and investment these communities need.

About the Author
Shula Keshet is executive director of Achoti (Sister) - for Women in Israel. She campaigns for refugees and has been elected to the Tel Aviv City Council
Related Topics
Related Posts
Comments 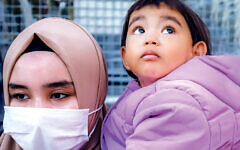