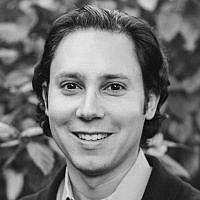 The Blogs
Andrew Esensten
Apply for a Blog
Please note that the posts on The Blogs are contributed by third parties. The opinions, facts and any media content in them are presented solely by the authors, and neither The Times of Israel nor its partners assume any responsibility for them. Please contact us in case of abuse. In case of abuse,
Report this post. 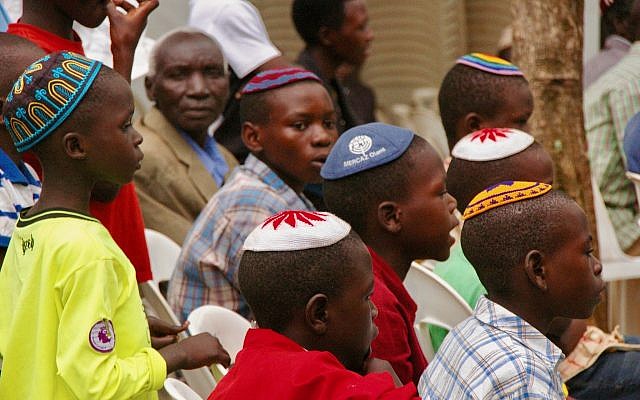 In August 1903, at the Sixth Zionist Congress in Switzerland, Theodor Herzl presented a plan to establish a temporary refuge for Russian Jews in British-controlled East Africa. The Uganda Program, as it was called, ultimately failed to garner widespread support, as did other plans to settle persecuted Jews in modern-day Iraq, Libya, and Angola.

But the story of Judaism in Uganda didn’t start or end there.

Sixteen years later, British missionaries recruited a Muganda military leader to spread the gospel in eastern Uganda. Semei Kakungulu read a translation of the Bible he had been given and found the Old Testament more compelling than the New Testament. Then, as the story goes, he circumcised himself and his sons and began following the laws of Torah. The seeds of Ugandan Judaism were planted. 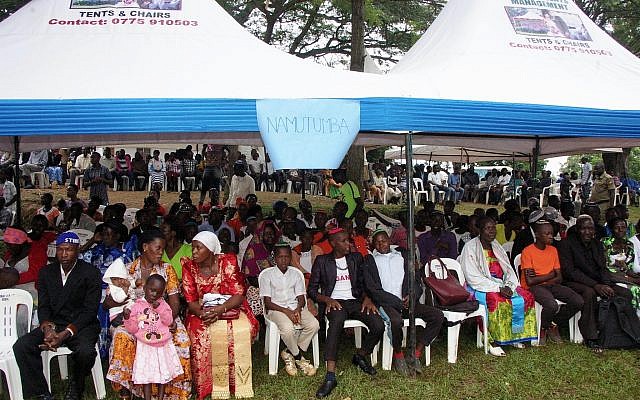 The 2,000-strong community that grew from those seeds—the Abayudaya, or People of Judah—recently celebrated their centennial with a music- and dance-filled extravaganza at their village on Nabugoye Hill, and I had the honor of attending the celebration with members of the Be’chol Lashon team. (Be’chol Lashon raises awareness about the ethnic and racial diversity of the Jewish people and has worked with the Abayudaya since 2002.)

“We made 100, may we make 100 more years!” went the chorus of a song that was pumped through speakers throughout the day. “Resilience, unity, and confidence. Look at where we at, look at where we go!”

The success of the Abayudaya community is a very Jewish story—they tried to kill us, we survived, let’s celebrate. The community nearly disappearing during the reign of dictator Idi Amin, who criminalized the open practice of Judaism. Today, they operate primary and secondary schools and a health center, which serve their own community as well as their Christian and Muslim neighbors. Their spiritual leader, Rabbi Gershom Sizomu, became the first Jew to win a seat in the country’s parliament in 2016. Their youth attend university in the capital of Kampala. They are thriving. 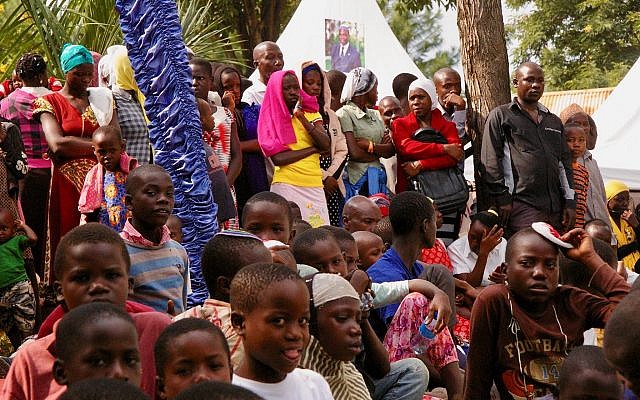 Local Christians and Muslims join in celebrating the 100th anniversary of the Abayudaya at Nabugoye, Uganda, June 30, 2019. (Andrew Esensten/Be’chol Lashon)

To be sure, the Abayudaya are still a small, rather obscure minority in the country. (The anchors of a local news show expressed surprise that the Abayudaya have been around for 100 years, and a reporter referred to the community’s houses of worship as churches.) But their profile has risen dramatically in the last two decades, both in Uganda and Israel, as evidenced by who was in attendance at the centennial celebration: Ugandan political officials, the king of the Masaba ethnic group, representatives from the Jewish Agency and Masorti Olami, and prominent members of the American Jewish community, including rabbis and professors.

State minister for environment Mary Kitutu Gorreti praised Rabbi Sizomu for promoting peaceful coexistence. “I must thank you, the Jewish community, for living a peaceful life,” said Kitutu, who wore a regal purple dress. “You know, peace is something that is very treasured. And I can see it from your leader.” 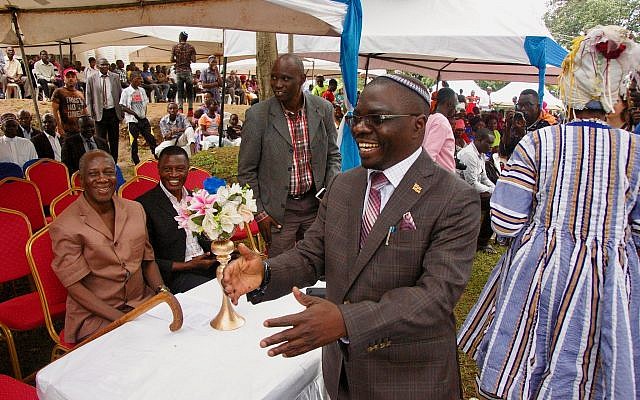 Rabbi Gershom Sizomu, the spiritual leader of the Abayudaya and a member of Uganda’s parliament, at the centennial celebration, June 30, 2019. (Andrew Esensten/Be’chol Lashon)

Another parliamentarian, Justine Khainza, commended the community for undertaking several health and development projects that have improved quality of life for Jews, Christians, and Muslims in the region. These projects, completed with the support of Be’chol Lashon, have included digging wells, distributing mosquito nets, and constructing Tobin Health Center.

Dr. David Breakstone, vice chairman of the Jewish Agency, presented Rabbi Sizomu with a plaque and promised to do everything in his power to help more Abayudaya go to Israel to visit and study. (The Jewish Agency has recognized the Abayudaya as a Jewish community, but Israel’s Ministry of Interior, which controls visas and immigration, has yet to do so.) “Your traditions, your music, your passion, your faith are an inspiration for all of us,” Breakstone said. 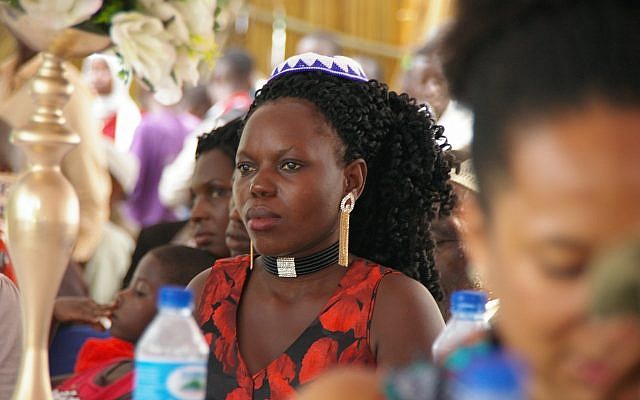 Rain threatened all day—it is the rainy season in Uganda, after all—but the sun broke through as a youth band dressed in purple tasseled uniforms performed the Ugandan national anthem and Hatikvah to kick off the celebration. On stage, students from Semei Kakungulu high school reenacted episodes from the community’s history. Popular singers and acrobats performed between speeches, earning cheers and tips from the crowd.

At the end of the ceremony, a large blue and white cake with a star of David was cut as ululations filled the air. 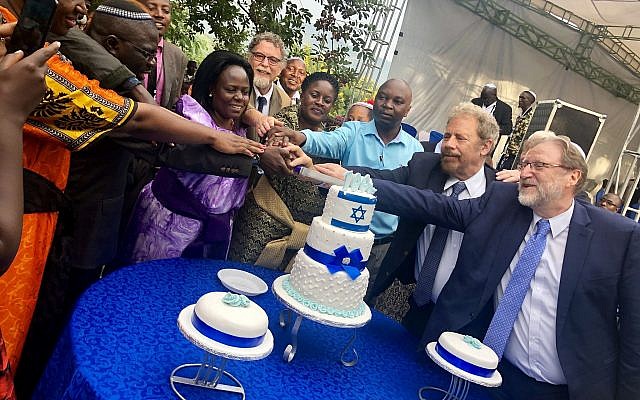 I first traveled to Uganda with Be’chol Lashon in 2010 for the opening of Tobin Health Center in Mbale. The community has come a long way in the last nine years. The health center has helped curtail unnecessary deaths from malaria, the number one killer in Africa, by 90 percent. There is a new synagogue in Nabugoye. Rabbi Sizomu is, incredibly, a member of parliament. 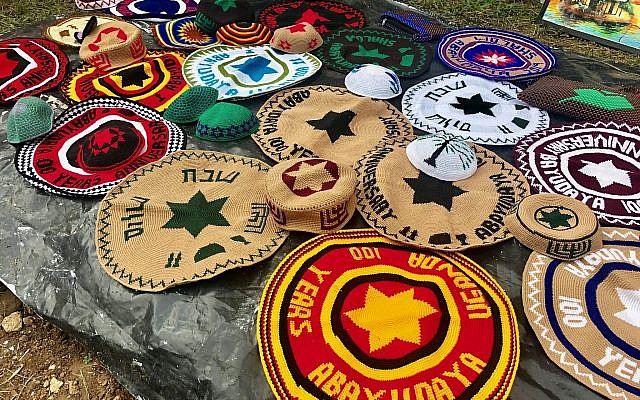 Kippot and challah covers made by Abayudaya women on sale at the centennial celebration, June 30, 2019. (Andrew Esensten/Be’chol Lashon)

But what I found most encouraging was how involved the younger generations of Abayudaya are in the life of their community. There was Enoch, who very enthusiastically provided translation between Luganda and English during the centennial, and Samson, who served as a gabbai on Shabbat, and Dafnah, Rabbi Sizomu’s oldest daughter, who skillfully read Torah, and Isaac, who helped with logistics during the celebration. Their energy and investment in their community give me hope for the Abayudaya’s next 100 years.

About the Author
Andrew Esensten is an American freelance journalist and researcher based in California. He previously lived in Israel and was a staff writer at Haaretz English Edition. He holds a BA from Harvard University in African American Studies and an MA from Tel Aviv University in Middle East and North African History. He is writing a book about the African Hebrew Israelites of Jerusalem, more commonly known as the Black Hebrews of Dimona.
Related Topics
Related Posts
Comments 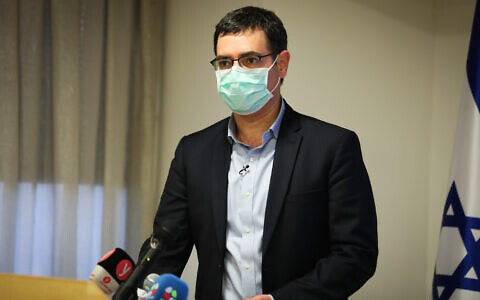 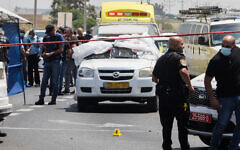 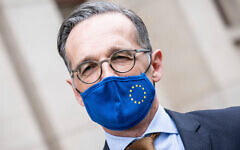