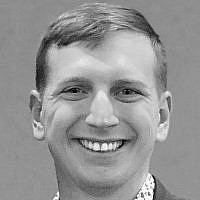 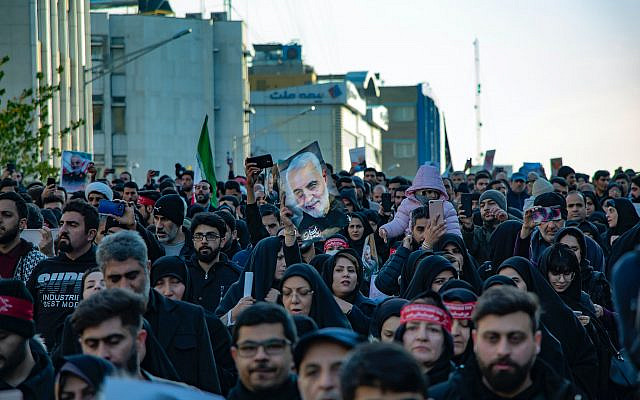 A poster of Qassem Soleimani held by crowd, during his funeral in Tehran, Iran. Photo by Mohammad Hosein Afshari.

For the last two decades, the Islamic Republic of Iran has been dedicated to a single mission, consolidating their influence throughout the Middle East and become a regional power. Since the early days of the U.S. invasion of Iraq, Iran was mobilizing paramilitary groups to attack coalition forces in Iraq and Afghanistan, arming its Lebanese proxy Hezbollah with sophisticated weaponry, planning terror attacks throughout Europe and on American soil, suppressing protests for democracy and freedom in Iran, investing in an ambitious plan to acquire nuclear weapons and filling power vacuums caused by the Arab Spring with pro-Iranian governments and armed militias. Iran has successfully cemented its presence in the region through its proxies that now make up what is known as the Shia Crescent. From the Gaza Strip to Lebanon, to Syria, to Iraq, to Yemen, to Afghanistan, Iran has significantly consolidated its power and gained significant influence throughout the region. However, the most dramatic shift to help Iran in its conquest was in the form of the Joint Comprehensive Plan of Action (JCPOA), otherwise known as the Iranian Nuclear Agreement, signed under President Obama’s administration that has seen international sanctions on Iran be lifted in exchange for the Iranians scaling back their nuclear ambitions. Many in the international community thought that this agreement would see less Iranian aggression, and for the Islamic Republic to finally join the community of nations.

However, just four years since it’s signing, the JCPOA is in shambles, and Iran has doubled its power in the region with a cashflow flood in great thanks to the lifting of international sanctions. Since the signing of the agreement, Iran has intervened militarily on behalf of Syria’s embattled Bashar Al-Assad, armed the Houthi rebels in Yemen, repaired their strained relations with Gaza’s terror organizations, transferred precision missiles to Hezbollah and mobilized militias in Iraq and Afghanistan to shore up their power through force. In October 2017, President Trump announced that the United States would be withdrawing from the JCPOA and re-applying sanctions on Iran’s regime. Tensions have only soared since then between the Islamic Republic and the United States, the biggest of confrontations following the American strike that killed Qassem Soleimani, Commander of the Iranian Revolutionary Guard Corps earlier this year. In retaliation, Iran launched dozens of rockets at an American base in Iraq wounding over 110 American troops.

The question now is how do we confront Iran and are we on the path to war? The first step is for America (and our European allies) to realize that Iran is not and will not be a friend to the West under its current regime. Secondly, we need to make clear to our allies in the region that America still has their back and will safeguard them against continued Iranian aggression in the region, sending that clear message to both Israel and our Gulf allies (Saudi Arabia, UAE, Bahrain, Oman). Thirdly, we should be supporting the innocent Iranians on the ground who are bravely fighting for a free and democratic Iran in the face of being gunned down by their own security forces. We must make clear that our issue is with the Iranian mullah regime, not the Iranian people. I strongly believe we must build an international coalition containing both American, European and regional partners to confront Iran and bring them back to the negotiating table to not only strengthen the JCPOA, but to also address Iran’s other bad behavior in the region, or to impose overwhelming international sanctions and military action if need be.

The burning question of course is, are we up for it? Will political challenges and a competitive election at home hinder our ability to effectively unite our country? Do we have the trust of our allies? Can this President build the international consensus necessary to recruit coalition partners? Does the West have an appetite for yet another conflict in the Middle East?

The answer to most of these questions doesn’t look promising. Just this week, the United States brought a resolution to the Security Council of the United Nations to extend an arms embargo on Iran that is set to expire next month. However, in a stunning move, all members of the council but the U.S. and Dominican Republic voted not to extend the embargo out of concerns that they would be illegal. Opponents of the sanctions argued that because the U.S. withdrew from the JCPOA, it could no longer impose legal sanctions on the regime because it is no longer apart of the international accord. American Ambassador to the UN, Kelly Craft, argued that the members of the Security Council of lacking “courage and moral clarity” in confronting Iran and its bad behavior in the region. The reality is that both our European partners, Russia, and China are more than happy to not only do business with Iran but sell them weapons as well. The U.S. is not finding support to confront Iran from its traditional European and NATO allies, but rather from the countries being directly affected by Iran’s growing aggression in the region, none of which sit on the Security Council.

However, I firmly believe that Iran’s ambitions are not only to dominate the region and assert itself as a regional power but to strike out at Western countries abroad. Iran remains one of the leading state sponsors of terrorism and its proxy Hezbollah has been caught actively planning terror attacks in Europe. The Western world in partnership with our Middle Eastern allies needs to unite to confront Iran before it is too late, and we see another large scale terror attack carried out by one of its proxies. The clock is ticking.