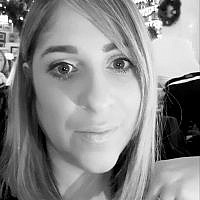 The Blogs
Daniella Flowers
Apply for a Blog
Please note that the posts on The Blogs are contributed by third parties. The opinions, facts and any media content in them are presented solely by the authors, and neither The Times of Israel nor its partners assume any responsibility for them. Please contact us in case of abuse. In case of abuse,
Report this post. 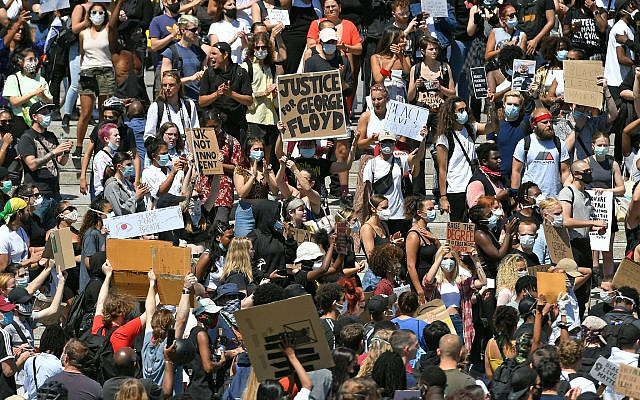 I think we have all seen the news in the last week and rather than Covid-19 dominating it as it has been, we have seen the devastating videos of George Floyd.

George Floyd was a 46-year-old African-American man who was born in North Carolina and lived in Minnesota and on 25th May, in broad daylight, he was brutally murdered by the police.

Even writing this, it seems hard to believe we are in 2020 and this is happening right in front of our eyes.

I watched the video as a man was pressed down into concrete with a heavy 200 lbs law enforcement agent pressing down on his neck as he screamed for air and for help. No one helped and he died 7 minutes later.

He died because of the colour of his skin.

As we became consumed with the imagery of the most awful racism on social media, it became all too apparent how easy it was for those of us that are white to scroll on by and act like this doesn’t affect us.

Whilst reading multiple articles, watching social media videos, researching as much as possible and reposting what I felt was relevant, I realised that pictures of my daughter eating a sweet potato and asking questions on weaning gained so much more traction than anything I posted on George Floyd or on Black Lives Matter.

In fact, only one person replied and that was my lovely friend Sophia who, like me, was horrified at what she had seen. We sent messages back and forth to one another with one common message, we wanted to help and support but didn’t know how.

We couldn’t bear the thought of just scrolling by and ignoring this, letting it pass but we also didn’t want our white privilege to be offensive to those hurting.

More importantly, why were we the only ones caring in our community?

We both have instagrams filled with Jewish peers and yet, no one responded and no one replied. Why? I began wondering, where is our community? As a community, we are affronted when we are beaten down and no one stands up, we hold protests for our rights and yet when other communities need our support, we are whispering and silent.

One of the videos that was shared was that of black families teaching their children how to respond to police, how to speak to Police to ensure they were not putting themselves at risk and to ensure that they actually would return to their families. It was gut wrenching to watch. Both Sophia and I have daughters of a similar age, two sweet girls of under a year, and as we sat this morning looking into our children’s eyes as they smiled their big gummy smiles whilst eating their Weetabix, we wondered what their future looks like. It occurred to me that we wouldn’t need to have this conversation with our children, they wouldn’t need to be taught how to speak to police so they wouldn’t be arrested or worse, murdered. But they would have peers growing up that would need to be taught this, that would have to fear law enforcement and what would be the difference between our children and their peers? The colour of their skin.

The issue of racism isn’t new, the issue of white superiority and privilege isn’t new, all that has changed is it is being filmed and shared millions of times over. Here I sit in my middle class surroundings wondering how I can help and support the black community and I realised I won’t be able to change the world alone but I want to hold ourselves and our Jewish community accountable for enacting justice.I will start by teaching my daughter  that in this house we believe that love is love, kindness is everything, no human is illegal and that Black Lives Matter. I will be committed to researching, donating, supporting and speaking out where others cannot and more importantly, doing the work and I would hope that as a community, you will be with me in doing this.

About the Author
Daniella Flowers is Senior Sales Manager at Saracens Rugby Club based at Allianz Park. She has been there for 7 years helping to organise major events including Yom Hashoah, The Great Challah Make and many others. She started her working life as a movement worker for FZY, supporting and educating young people as well as recruiting for their Israel programmes. She is currently on maternity leave and returns to her role in October. She lives in Hertfordshire with her husband and 7 month old daughter.
Related Topics
Related Posts
Comments