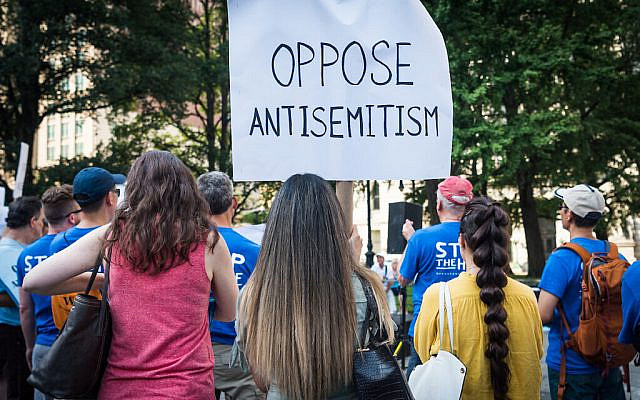 The 1,308 antisemitic incidents reported to CST from January to June is a record six-month total, a 49 percent rise from the 875 incidents recorded in the first half of 2020 and a consequence of the surge in hate that came to the surface as hostilities in the Middle East intensified.

The impact of trigger events such as this on the Jewish community in the UK cannot be understated, and it really is the entire community that is affected. Jewish individuals are targeted regardless of age, regardless of gender, regardless of public prominence and regardless of level of religious observance. Jewish institutions are subjected to antisemitic threats and abuse, whether or not they have ever passed comment on Israel. Every time that violence in Israel and Gaza flares up, a significant spike in antisemitism is observed. It is indiscriminate. It is not a coincidence.

When perpetrators do not separate anti-Israel hatred from anti-Jewish hatred – indeed, when they use whatever they claim Israel is doing to vindicate their prejudice towards Jews – whatever academic distinctions may exist between anti-Zionism and antisemitism become irrelevant. When a Jewish child fears for their safety in school because shouts of “Free Palestine” are repeatedly directed at them; when a Jewish university student is told that their life is worthy of being threatened if they don’t declare themselves to be anti-Zionist; when community members are scared of expressing their identity in public in case they are held accountable for Israel’s alleged actions – this is antisemitism.

CST’s mission is to protect the Jewish community, physically and emotionally, in order to facilitate the thriving of Jewish life in the UK. But this mission cannot be fulfilled alone.

It demands the support of allies, those who want to create an inclusive society that celebrates diversity and denounces racism, to stand in solidarity and call out antisemitism.

It demands the action of social media platforms to adhere to their own policies and show that their claims of zero tolerance for hate is not merely lip service. It demands that the police treat hate crime with the severity it deserves and investigate, arrest and prosecute its offenders. This is a shared responsibility.