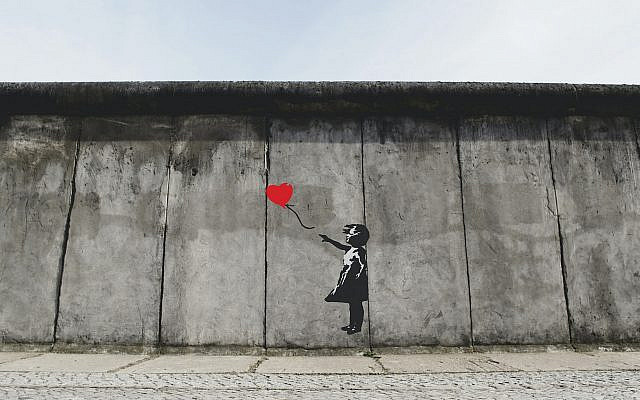 Banksy's artwork in Berlin, Germany (Photo by Eric Ward on Unsplash via Jewish News)
I know the government has a lot on its hands at the moment, but I wonder if they can find the time to deal with another pandemic which is spreading all over the world; the problem of graffiti.
When you look at the reports of antisemitic incidents produced by the Community Security Trust, a considerable proportion of them are graffiti. We are not the only section of society to be denigrated, however. In Glasgow the Orange Hall of the Northern Irish has been recently defaced as well, and more than once. So has one of the central squares in Manchester which has been daubed with a sign that said the area was for whites only. Mosques and Temples get fouled and more and more pleasant vistas are being spoilt.
Now laws have been passed to stop this vandalism. The perpetrators can be fined and even imprisoned. Under 16s are not allowed to buy aerosol paint cans. All over the country, though, people are going out at night to ruin more of the scenery and obviously the problem is growing. The argument that graffiti is art is advanced, but it seems unlikely that the authorities have seen the shape of things to come; the massive defacing of many cities around the world.
There is a way of stopping this. We need to go back to the assaults on Black people in the 1960s in parts of London. This ended abruptly when a court handed out prison sentences of five years to some of the perpetrators.
Those who support freedom for graffiti artists have a hero. A man called Banksy who is famous as a street artist. I’m no judge of art and, for all I know, Banksy’s work will be recorded as a new form of art in the years to come. I’m sure, however, that Mr. Banksy has no wish to be the idol for people who set out to stir up hatred for minorities. Art is supposed to improve a nation’s culture, not to diminish it.
There is another solution. A lot of people get community orders for offences rather than imprisonment. They have to put in a certain number of hours of useful public work. It could be decreed that those hours should be spent cleaning up graffiti.
With some crimes, the newspapers publish photographs of the victims. They could agree with the government to start a campaign to denounce graffiti as anti-social vandalism. They could call upon the police to take those they catch seriously. If the picture of a convicted graffiti reprobate was in the papers, the neighbours would make them pariahs. So they should be. If those who use the internet to spread hatred are now stopped – see ex-President Trump – then graffiti is just as much an offence.
Look around you as you travel no more than five miles from your home during the pandemic. See the amount of graffiti which is spreading in your streets. Does it look like art to you?
Of course, this is not a new problem. The amount of mediaeval graffiti to be found on English churches covers every kind of obscenity. We look on it today as terrible examples of heresy and discrimination. It was also a favourite weapon of the Nazis, daubing Jewish shops and synagogues. Look at the East End graffiti of Jewish bankers. The point is that what ends up horrific has to start somewhere. If you just let it grow without trying to stop it, the end result is massive dereliction.
There are laws today to stop people spreading hatred. They are just words, however, if you don’t take its elimination seriously.  The Vandals may be hard to catch. They should know that if they are, the penalties are likely to be severe. Street art is usually vandalism.
About the Author
Derek is an author & former editor of the Jewish Year Book
Related Topics
Related Posts
Comments 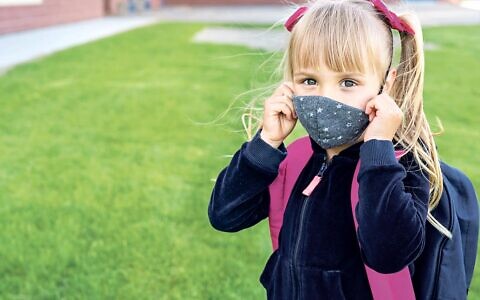 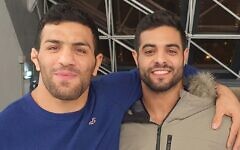 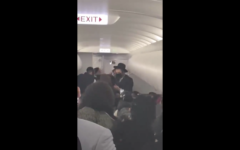