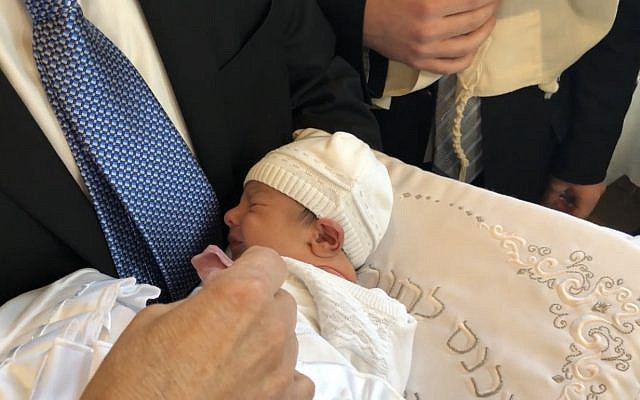 In Rabbi Doron’s Ledwin’s response to my Arutz 7 article, his main premise is that there is no reason to stop doing the minhag of Metzitzah and I couldn’t agree more. The practice should not be nullified. What we disagree on is how the minhag should be done. Ledwin requires Metzitzah to be performed with direct oral contact (MbP), whereas I demand the practice continue with the safest Halachic equivalent: a sterile tube.

Rabbi Ledwin took the time to quote Rav Kook’s position which seems to resist the elimination of the practice of Metzitzah outright but he failed to quote the Torah, Mishna, and Gemara’s description of how Metzitzah is to be done –– because there is none. These sources have no indication of how this process should be carried out.

The Rambam and the Shulchan Aruch follow suit: both mention that the process must be done without indicating how to do it. Perhaps even more striking is that the Sefer Hachinuch omits the practice altogether, while the Minchat Hinuch does not comment on the omission. The first mentions of MbP appear in the 11th century.

In addition to Rav Hirsch, Rav Soloveitchik, and Rav Ovadia Yosef, who all permit doing Metzitzah with an intermediary, the Hofetz Chayim seems to also hold, like the Hatam Sofer, that it can be done with a sponge. He states:

And in the responsa Yad Eliezer he concludes [saying] It is permitted to do Metzitzah with a sponge that is precisely better than direct oral Metzitzah and even on Shabbat it’s permitted with a sponge, check it there.

Ledwin stated that he is distressed at how easily people rush to eradicate one of our traditions. Apparently, he is not a student of history. This battle has been raging for over 100 years, beginning in the late 1800s when herpes outbreaks began to claim newborn lives. One can only imagine how many children have been detrimentally affected by this practice since then.

Those who argue for change fully comprehend the seriousness of the request. But the question still remains, as with all pesak (halachic decisions): what are the competing values? If the desire to alter a well-established minhag was due to people’s sensibilities, perhaps our modern-day values are no longer in line with this age-old practice. If people simply found it repulsive, then I would have to side with Rabbi Ledwin. In the matter of values, tradition trumps taste.

But we’re not talking about how people feel about MbP. We’re talking about children suffering brain damage or, even worse, dying. This is no inconsequential matter. When it comes to the preservation of tradition versus life and death matters, we have every legal availability to alter a practice to save lives. Who would logically argue the other side?

Ledwin also spent a great deal of time in his response focusing on the likelihood of a child contracting herpes from direct oral contact. He argued that the baby’s caregivers need to practice proper hygiene during diaper changes because that’s most likely the source of the infection. יש ויש as we say. Both things can be true. But Ledwin is only focused on proper hygiene in one area while ignoring the other. If he wants to launch a campaign to educate parents in proper diaper changing cleanliness, more power to him. But that does not negate the need to do the same when it comes to Metziztah.

The mouth is the body’s dirtiest place and it’s impossible to get it 100% clean. The claim that Listerine solves the problem is preposterous. Medical literature states that mouthwash only reduces the possibility of infection, it is far from a failsafe method of protection. If we want to ensure that children are not contracting herpes, Listerine is not a substitute for a sterile tube.

Ledwin also claims that mohalim are meticulously careful when they are sick not to practice MbP at the time of the Brit Milah. For someone so steeped in statistical knowledge, it’s amazing that he’s willing to overlook asymptomatic transfer when it comes to religious practice. We’ve all become alert about this topic due to Coronavirus. Yet this has been a reality with herpes for as long as the virus has existed. The presence of herpes in adults is asymptomatic, but when an 8-day-old baby contracts the virus the results can be catastrophic. There’s always a potential for viral transfer, even when the mohel is seemingly healthy.

It’s important to note that Rabbi Ledwin’s is not the only voice on this issue in the medical community. Dr. Benny Gazondheit, a pediatrician and researcher at Soroka Hospital, states, “We are not against circumcision but against performing it in such a way that could cause the baby serious illness, prolonged hospitalization and the need to undergo painful tests. Every parent whose son undergoes circumcision should insist that the mohel wears a mask and uses sterile tools, and in no way performs Metzitzah orally, but only with the help of a designated tube”.

It is true that the practice of Metzitzah is thousands of years old. It is also true that Orthodox Jews resist change. But we’ve always kept our wits about us when it’s come to medical issues. What is so unique about Metzitzah that makes it inalterable? If it is truly impossible to change anything about Brit Milah, we should all be using flint to excise the foreskin.

Rabbi Ledwin claims real distress at people’s — namely my — ease with changing an established minhag. I agree that tradition is of ultimate value. But I’m more distressed with people’s eagerness to take chances with a baby’s life.