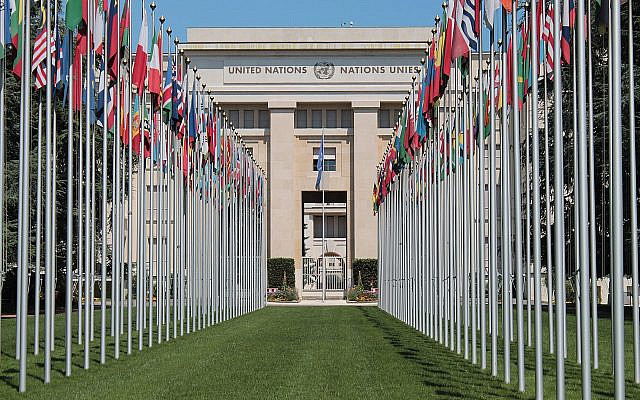 According to news reports, Canada’s “Foreign Affairs Minister Marc Garneau told his Israeli counterparts that the building of settlements, evictions, demolitions in East Jerusalem should cease to ease tensions and prevent another round of violence in the region”. Ah, if life could be that simple!

I read that, and I thought to myself, is Garneau unaware of reality? Does he really believe that Hamas showers rockets on Israel because it is concerned about the settlements in the West Bank or a few possible evictions in East Jerusalem? Does he really think that suspending these activities will prevent further attacks by Hamas?

A closer look at what Garneau said provides part of the answer. He said, “The continued building of settlements, and the evictions and demolitions in East Jerusalem should cease, and so that was the message we carried, because we think that is potentially provocative”. “Potentially provocative” does not convey a sense of immediate cause and effect which is what the word “prevent” implies. Garneau never used the word “prevent” as far as I can tell, yet that is the word that several media outlets used, giving a far stronger meaning to Garneau’s words than he seems to have intended.

The same media outlets also repeated the misleading claim that the latest Gaza-Israel fighting “was precipitated by clashes over Israeli plans to remove several families from Sheikh Jarrah, a predominantly Palestinian neighborhood in East Jerusalem”. That was Hamas’ excuse, yes, which many people bought into without thinking, but Hamas attacks Israel for a much simpler reason — because it rejects Israel’s very existence. Yahya Sinwar, the Hamas chief, said it plainly: “We won’t discuss recognizing Israel, only wiping it out”.

It is often said that in politics, perception is reality, and nowhere is that truer than in the Israel-Arab conflict. The standard line in the Western media, which many in the population have bought into, is that Israel’s settlements in the West Bank are an obstacle to peace, but like many of the perceptions in politics, this is far from reality.

Does Garneau not know all this? I would be extremely surprised if he didn’t, and one indication of that is that far from sanctioning Israel for the settlements or East Jerusalem, Garneau wants to “modernize and expand” trade with Israel, and “Canada is tripling its annual contribution to the Canada-Israel Agreement on Bilateral Cooperation in Industrial Research and Development”.

So why the charade? Why not bluntly state what the obstacles to peace really are? It seems that Garneau, like practically all Western politicians, feels the need to repeat the standard line. It placates Canadian voters who believe that Israel is the villain, even if it doesn’t really satisfy them.

Would it be better if Garneau bluntly stated the truth, which is that the obstacles to peace are practically all on the Palestinian side and that while the settlements may be an irritant to the Palestinians, the Palestinians can cure that irritant if they first resolve their own issues so that they can negotiate a peace agreement with Israel?

If Garneau did that, however, he would create a firestorm of protest back in Canada. He would be accused of insensitivity towards the Palestinians. He would be accused of encouraging Israeli “crimes” against the Palestinians. The media would happily turn up the volume on the issue while reporting very poorly on the facts. The government of Canada would be forced to engage in major damage control, which might mean reversing its intention to expand trade with Israel.

So, in the end, did Garneau’s criticism of Israel really matter? It seems that to Israel, it didn’t matter. Both the Times of Israel and the Jerusalem Post said practically nothing about the visit, choosing to only mention that Israeli foreign affair minister Yair Lapid thanked Garneau for Canada’s support of Israel during the latest conflict with Gaza. Maybe that’s partly because Canada is a minor player in the region, or maybe it’s because Garneau’s criticism pales in comparison to many others.

Regardless, the truth is that when Garneau was criticizing Israel, his audience wasn’t Israelis or even Palestinians, it was Canadians. He had to check the box that many voters expect him to check. It’s hypocritical, but it’s the reality of politics. While Canada has practically no relevance to Israel, many Canadians somehow feel that the Israeli-Palestinian conflict is very relevant to them. A recent example of that phenomenon is the Green Party of Canada; its new leader Annamie Paul, a Jewish and Black woman, could lose her job as a result of the Israeli-Palestinian conflict.

Criticism of Israel is sometimes reasonable, but most often it is extremist rhetoric that is far removed from reality. It’s essentially antisemitism, in practice if not in intention. If only reasonable and proportional criticism was voiced by Western politician, the discourse on the Israeli-Palestinian conflict would be dramatically different. Lies and wild exaggerations about Israel have become the accepted standard in world diplomacy because of the need to appease anti-Israel extremists.

Systemic racism is often talked about these days, and for good reason. It is about racism being so ingrained in government and society that racist discrimination occurs even when the individuals who are perpetrating it are not intentionally racist. Systemic antisemitism, however, is never discussed, but it should be. It is so extensive that we have learned to not see it. It is part of the background. It colors the political discourse without politicians necessarily intending to be antisemitic. Without systemic antisemitism, it would be impossible to explain why the United Nations condemned Israel 17 times in 2020 while the UN’s combined condemnations of ALL OTHER COUNTRIES ON THE PLANET, including China which is engaged in a genocide of Uighur Muslims, amounted to only 6.

We must become aware of systemic antisemitism because it’s real and it’s toxic. We must talk about it, and we must fight it, at every political level, especially world politics.