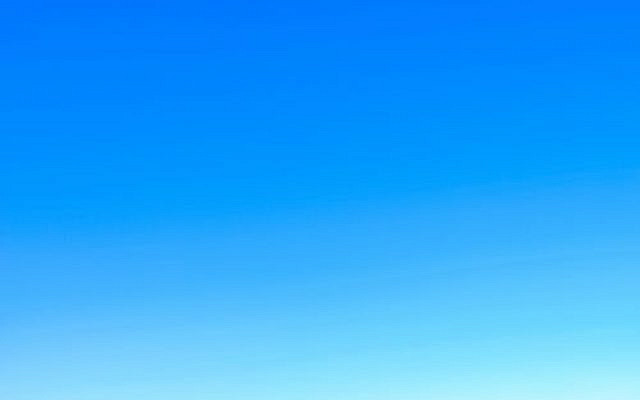 I never get tired of the blue sky. (Vincent Van Gogh)

The world is a colourful place. But of late it has been dominated by Blue. Let’s take a look.

We have become used to declarations by Palestinian Authority President Mahmoud Abbas that he will dismantle the PA, stop security coordination with Israel and throw away existing international “peace’ agreements such as the Oslo Accords.

Mahmoud Abbas could become known as the greatest user of weasel words of the 20th century.
“When I say I want peace, it doesn’t mean I will accept Washington’s peace plan.”

Another great painter who did not always see the world as we see it was Paul Gauguin:
“If you see a tree as blue, then make it blue.”
(Paul Gauguin)

Perhaps Iran’s supreme leader Khamenei had this in mind when explaining his ‘final solution’ poster. Accused of seeing Jews not as Jews but as Israelis, he claimed that he only wanted Israel destroyed, not all Jews.
“If I see someone as a Jew, I make them Israeli.”

In recent months Blue has not been a good colour in the North. There has been a significant increase in activity along the so-called Blue Line that separates Israel from Lebanon, the unofficial but internationally recognised border. Although the area is usually quiet there have been several would-be migrants trying to cross into Israel and Hezbollah attempts at infiltration.

“I never get tired of the blue sky.”
(Vincent Van Gogh)
Van Gogh would have been happy to hear, with his one remaining ear, that fish are again swimming in the canals of Venice, and the permanent smog that clouds the skies of Beijing and New Delhi has lifted, returning them to their natural blue, a colour not seen for many, many years.

Charles de Gaulle, with a very mixed record on Israel, never had any problem in telling other people what to do but would not listen when it came to France.
“One can’t impose unity out of the blue on a country that has 265 different kinds of cheese.”
Charles de Gaulle

Well, we could argue about de Gaulle until we are blue in the face. So, let us turn to Stephen Yiu, of Blue Whale Capital, who tells us that American technology giant Microsoft has profited greatly from the coronavirus lockdown as the public’s use of its remote working solutions has skyrocketed. As they say, one man’s meat is another man’s poison, even that tasty French tradition – steak bleu.

And if you are wondering why the Blue and White party did not get a mention, it’s nothing personal, I ran out of ideas.

But Blue’s domination is not without challenge.  No less a personage than the Green Prince, better known as Prince Charles, the Prince of Wales, is campaigning for a “green recovery”.  He is calling for world leaders to to put “planet and people first” as he launches the “Great Reset” project. With a little help from Prince Charles, Green could be the next Blue.