The Blogs
Alan Kaufman
Apply for a Blog
Please note that the posts on The Blogs are contributed by third parties. The opinions, facts and any media content in them are presented solely by the authors, and neither The Times of Israel nor its partners assume any responsibility for them. Please contact us in case of abuse. In case of abuse,
Report this post. 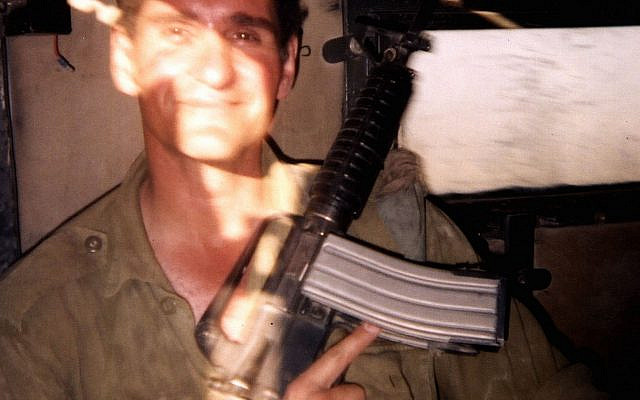 During my service as an American immigrant in the Israeli army, soldiers fell into two categories. “Jobniks” were soldiers deemed unfit for combat duty, who worked behind the lines. The other category– soldiers who quietly performed combat-level duties– had no special nickname. We were just soldiers.

Second Lieutenant Joel Carmel, an officer in the Israel Defense Forces, is a jobnik. In his plaintive essay ‘Breaking the Silence” (business Insider, July 26, 2020), he describes how, as a new immigrant from Great Britain, he experienced distress in basic training over the smell of gunpowder. Though he goes on to officers training school, emerging as a second lieutenant, he becomes ineligible for combat duty. Instead, he lands administrative duty, There is no shame in this. The IDF takes particular care with new immigrant soldiers, understanding that he or she may be unused to what the native-born sabras have experienced and prepared for all their lives.

The lieutenant’s task was to hand out questionnaires at a West Bank checkpoint near the city of Jenin, and to process travel permit applications from Palestinians desperate to work in Israel. Such work can mean the difference between hunger and sustenance for Palestinians living under the inept and corrupt Palestinian Authority.

Perhaps to quell the guilt of seeing other soldiers face actual risks, Second Lieutenant Carmel once takes a ride-along on a low-risk search mission. The experience brings him, morally, to his knees, precipitates a ‘Road to Damascus’ moment about Israel’s so-called occupation of Palestinians.
What does he see?

The jeep’s driver swipes trash cans, like the bored teenager that he surely was, probably to impress the astonished lieutenant. The soldiers conduct a search in a home for weapons or explosives – likely the result of intelligence delivered to them by the Palestinian Authority – and poke into cupboards and draws. As this “mission” exits the village, some paint balloons are tossed at the soldiers from a roof, probably by bored Palestinians teenagers (boredom as a catalyst for Middle East troubles deserves to be studied). An IDF soldier responds by discharging a few rubber projectiles, to chase them off, which shocks the good lieutenant.

Carmel’s epiphanous moment of moral reckoning persuades him of the corruption of Israeli occupation and the need to take public his concerns.

I served in the IDF, as an American-born new immigrant soldier, first in the regular army and later in reserves. My most notable service overlapped with two conflicts: the first Lebanon war and the Second Intifada. In 2003, during the Second intifada, I served in Jenin, where Second Lieutenant Carmel was stationed. In contrast to his account, I offer my own, the difference being that I was no youngster on a one-time ride-along but a much older combat-level volunteer reservist who had already served in regular army and then Reserves and left home in California to serve yet one more time to defend the Jewish State.

One year before, in 2002, I had covered Israel as a foreign correspondent and saw first-hand what a campaign by Palestinian suicide bombers was doing to innocent Israeli civilian lives, both Jewish and Arab. The nation was shut down and everywhere one went there were police-manned bomb disposal robots dismantling explosive devices in public parks and in shopping centers. These devices had but a single purpose: to slaughter en masse Israeli civilians, Jew or Arab. When word came through friends in 2003 that the IDF sought older reservists to serve in the front lines alongside overtaxed troops, I went.

What did I see? Let me offer just one experience among many.

Making a quixotic stab at peace, the IDF arranged for a ‘hudna’ or truce with Islamic Jihad, agreeing to release three of its leaders if they would desist from further attacks. They agreed. The men were freed.

That didn’t stop the terrorists though. An Israeli sergeant from my base was kidnapped, murdered and his body left half-buried in a grove. In October, in Haifa’s Maxim Cafe, twenty one people were killed and sixty wounded by a female Islamic Jihad suicide bomber.

Second Lieutenant Carmel writes as though battles for the safety of Israel are not raging daily, as if the most egregious action to be witnessed in the West Bank are some bored teenage driver sideswiping trash cans. For every successful genocidal attack from out of the West Bank, Gaza Strip or Lebanon , perhaps a hundred are deterred by the IDF, The volume of terrorist assault exceeds any that could be imagined by a Western-style democracy.

In a region characterized by autocracy and war crimes, Israel alone exists as a free nation. It is one of the great triumphs of the modern age but one that, regretfully, flies right past Second Lieutenant Carmel’s delicate nose.

Alan Kaufman is the author of Matches, a novel (Little, Brown) and Jew Boy, a memoir (Cornell University Press).

About the Author
Alan Kaufman is an American-Israeli novelist and memoirist. His latest novel, The Berlin Woman, has just been published by Mandel Vilar Press. His other books include the novels Matches (Little Brown) the memoirs Jew Boy (Cornell University Press) and Drunken Angel (Viva Editions).
Related Topics
Related Posts
Comments 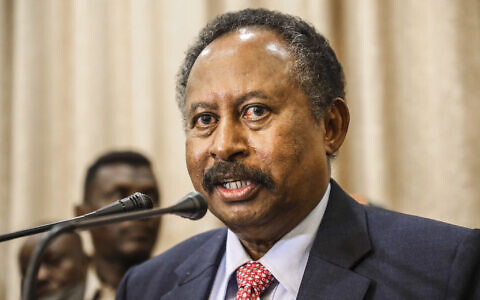 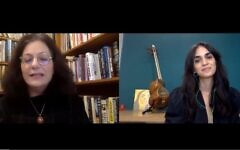