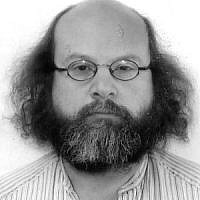 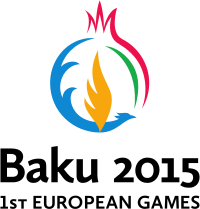 The First, and maybe Last , European Games, have begun in Baku, Azerbaijan and all the world outside that country couldn’t really care less. People may wonder about whether Azerbaijan is actually IN Europe, or why any country’s leadership in it’s right mind would WANT to spend billions of dollars on a one-time thing like this, especially since world sport is imploding in a sea of corruption.

The reason to the first is directly tied to the answer to the second. Azerbaijan is one of those countries that don’t get much respect. It was once upon a time a constituent Soviet Socialist Republic of the USSR, and when that collapsed in 1991, the Azeris, as they call themselves, cut the SSR off their country’s name, and changed the name of the Communist party to something else, and carried on as if nothing much had happened.

Okay, there WAS a war going on between them and Armenia, but that had been going on since well before the USSR had ceased to be and would keep on going for a decade or so. There’s a cease-fire in place, but they still hate Armenia and that’s blocking the way for all train and car travel from the west. The rest is blocked by Russia, Iran and the Caspian Sea. So the only way to get there is by air.

Not only is it hard to get to, it’s really expensive. There are no budget hotels or youth hostels in the capitol of Baku, although a spokesperson for the Tourism ministry said there were definitely plans for them. But not for when the European Games are going on.

Some months back, I received an invitation for a press trip to see Baku. As my motto is “never turn down a free trip” I said yes, and unlike 97% of the other invitations I get over the Internet, this one wasn’t filled up in the five minutes between the time I found it in my in-box and my reply. Also, when was the next time I’d ever be in western Asia?…. Which brings us to why Baku has the EUROPEAN games.

If you look at a map of Europe, you will notice that it’s not really a continent; it’s a giant peninsula that juts out of the Eurasian steppe. The north, west and South are easily discernable; the EAST however, is a different matter. The UN Statistics Division lists Azerbaijan as part of Asia. But with the World political situation being what it is, it’s much cooler to be in Europe, so they decided to change the definition to include the Caucasus. They also are sitting on almost as much oil as the Persian Gulf. This helps.

When one first gets to Heydar Aliyev international airport, one notices how difficult it is to get to downtown, there doesn’t seem to be much of a highway, and the bus had to go through a bunch of local streets and seemed to take forever.

Except for the historical district, which is a UNESCO world heritage site, the city is brand new. The government put facades the old Soviet style buildings so they now look presentable. The Heydar Aliyev Convention Center, the National Carpet museum and a few other places are postmodern reinforced concrete structures that resemble something out of Salvador Dali. Inside the Convention Center is the Heydar Aliyev museum, where one is supposed to learn about the dead dear leader. But you don’t. It’s one of the most unedifying museums I’ve seen anywhere.

They’ve done a nice job in rebuilding Baku, which was, during the bad old days, a toxic dump. The current version is pleasant enough, with a very nice promenade on the Caspian coast and decent concert venue called the “Crystal Hall” right on the shoreline. All very nice, considering…But then Aliyev , who was a KGB spook and his son Ilham, who’s now President, (which is why Daddy’s statues are still up) want prestige and would rather be considered part of the West, which is still the coolest part of the planet.

They did a decent job on the stadiums, and from all the reports, the games are going rather well, something that is overshadowed by numerous reports of human rights violations. 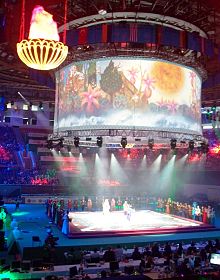 There’s the rub. Democratic governments throughout the world have finally realized that the corruption in the Olympic movement (of which these games are a part), FIFA and the like, have jacked up the costs of these events so that nobody can afford them anymore, which is why the Netherlands backed out of hosting the second one of these, scheduled in 2019. Now nobody wants to host them and this may be a unique event.

It’ll be interesting to see what happens when this is over.