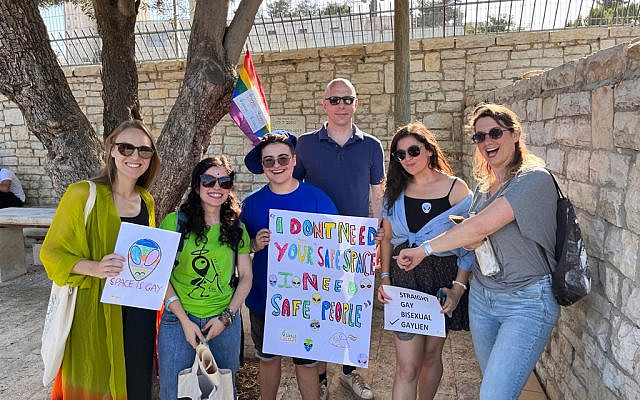 It’s been two busy months in which I had no time to sit down and write anything in my blog except for one little poem.

Besides all the holidays that we’ve celebrated together with the Aliens (our extraordinary community of all kinds of people in the Holy Land), we also started bi-weekly poetry nights. At the last event, a woman came to read her poem in front of an audience for the first time in her life, she then broke into tears, and thanked us for the safe space we have created. However Milo, who was our host for the night, protested against the notion of safe spaces, and that was how it all turned into a night of deep discussion about trauma, mixed with profound poetry in different languages.

It has already become our alien inside joke; and even a slogan that we took to the Jerusalem Pride parade, and emblazoned on a poster last Thursday: “I don’t need your safe space. I need safe people!”

Milo further expanded upon this idea on his Instagram: “…which is to say that we all deserve safety and that in order for every space to be safe, we must be safe around every person. We must all work towards mutual understanding in every way, towards accepting one another as we exist now…”

How do we make Milo’s Instagram pearls of wisdom into reality?  Well, our Holy Local Aliens approach aims to expand our community of safe people, from a variety of backgrounds, by engaging them as a collective which participates in  all kinds of creative events revolving around the Holy Land, its rituals and significant ceremonies.

So for instance, we organized Mimouna-Iftar with our Palestinian-Morrocan friends from Ramallah, which took place  in West Jerusalem. We were hosted for a joint  Shabbat-Iftar in the Ramadan tent of a friend at Damascus gate. By the way, the kiddush there was surreal. Then we hosted our Muslim and Christian friends for kosher Passover Seders and joined the Palm Sunday celebrations. We ate Samaritan Matzot crepes with our friends from Mount Gerizim and hiked between Shuafat and Pizgat Zeev, Sharafat and Gilo, Jericho and Nablus.  We also organised Zikaron BaSalon in Abeer’s home in Ramallah and Nakba talk at Dvir’s balcony in Nachlaot. 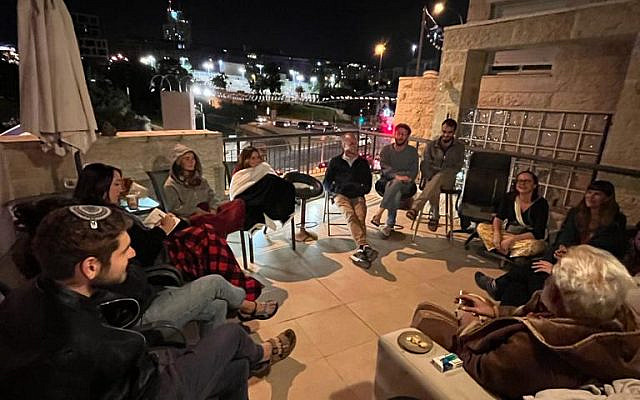 These last  two months have been busy, as anyone living in this politically contested region will intimately understand. The most common question our core group has received has been the following: “don’t you cancel the event due to  the situation?” While it is true that indeed a lot of bad stuff was happening all around us,  it was possibly in spite of the situation, or perhaps precisely because of the situation (dafka) we wanted to do even more events, and bring our very different but safe people together.

On Shavuot I took a friend from the Old City to the Kotel, a place she has visited only once before, despite living all her life four minutes away. We took two chairs among the praying women and stared at the wall. My friend wrote a prayer in Arabic on the back of a bus ticket.

“God will not mind, right?”, she pointed at the shabby paper and started  folding it multiple times. 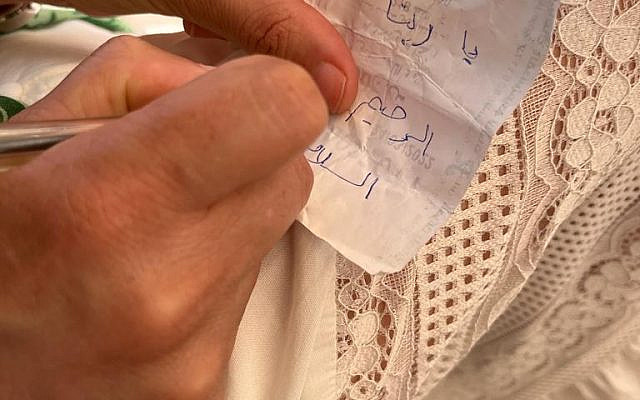 “Listen, I need to ask you a favor… I apologize in advance!”, I said.

“I can say that overall I’ve recovered from my addiction to comment on Facebook posts but sometimes I just can’t control myself. I commented on someone’s Jerusalem Day post, that a friend told me, how the first words she learned in Hebrew as a child were when Jews were knocking on her door in the Cld City, screaming “Aravim hahutza, lo rotzim shalom!” (Arabs out, we don’t want peace).”

“Right, I quoted you but then someone else commented on my comment that no way she believes that those were your first Hebrew words since Jews and Arabs live so close to each other in the Old City, blabla…”

“Oh, she is wrong! Those were precisely my very first words in Hebrew! And we never talk with the Jews in the Old City.”

“Right, so you just tell her this! In short, I took her number so you can call her to confirm my words. Please!”

“Okay, I’ll do it. But do you think she will believe me?”

“I don’t know! We believe in walls more than in people”, I said while still staring at the wall and thinking  that it sounded like one of Milo’s Instagram pearls of wisdom.

Oh, and this is the little poem I wrote for our first poetry night, inspired by the “situation”. The safe people around me liked it.  How about you?

Welcome to the Holy Land!
It’s one doomed situation room.
Open door to a dead end,
Counting boom after boom…

Some of us had no choice,
Born into an obsessive pride.
Without more than one voice,
Self-reflection has been denied.

Can we even clean up
All this dreadful mess?
Every year another tie up
That pushes us to aggress.

Welcome to the Holy Land!
Some of us arrived here blind.
Still fighting for it to expand
With faith so sharply defined.

Trapped in a fanatic ideology,
In mass control of demography,
With arguments from mythology,
We keep worshipping topography.

Flags, states, names, identities
Lands, histories, leaders, heroes.
All of those egocentric entities
In the aftermath sum up to zeroes.

Welcome to the Holy Land!
Have you already taken a side?
To which ideology will you bend?
Dying for whose national pride?

P.S. I forgot to mention that we also organize bi-weekly Language Exchanges at the Jerusalem Cinema Hostel! 😉