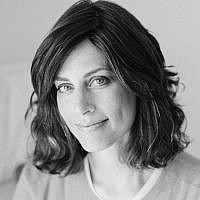 The Blogs
Julie Rothschild Levi
Apply for a Blog
Please note that the posts on The Blogs are contributed by third parties. The opinions, facts and any media content in them are presented solely by the authors, and neither The Times of Israel nor its partners assume any responsibility for them. Please contact us in case of abuse. In case of abuse,
Report this post. 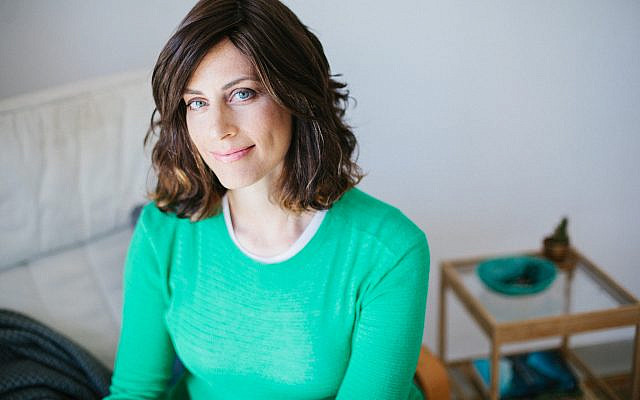 After Shabbat, a voice on the hotel loudspeaker boomed: “Anyone leaving their rooms will be subject to a 5,000 shekel fine. There are security cameras on every floor. The bill will be sent to your home.”

I’m not in a state penitentiary. I have a large window (albeit locked), a comfortable room, three quasi-edible meals a day brought to my door, a television, WiFi, and peace and quiet.

I’m in a Misrad HaBitachon (Defense Ministry)-operated travelers’ quarantine hotel. Or, as I like to call it, Hotel Coronafornia. The only difference between this and Hotel California is that here you can’t check out any time you like, and you can only leave after 10 days and two negative corona tests.

I don’t want to turn this into a woe-is-me post, but I think it’s important to explain what’s going on with your taxpayers’ money. I estimate this all-expenses-paid forced ‘vacation’ costs between 8,000-10,000 shekels per prisoner — I-mean-returning-resident — for 10 days. Apparently, there are 500 of us here right now.

I left Israel to travel to the US for personal reasons on January 11. I was due to return on January 27; however, a few days prior to my return, the government made the decision to lock down the skies. No travel in; no travel out. Citizens included.

There was no time to get back home before the aerial lockdown. My planned two-week trip morphed into a 5-week one. In order to return home to Israel, I had to apply to a newly-formed government committee to request special permission. I knew that such permission was not easy to come by — on one day, 7,000 Israelis stuck overseas applied and only 600 were given the thumbs up.

I was especially anxious to return because my son is having a bar mitzvah this week — on Purim. While corona has put a damper on all simchas this past year, it was hard for me to stomach the thought that I’d miss his Aliyah L’Torah on that Shabbat, and his birthday Purim, because the Israeli government wouldn’t let its very own citizens come back home.

With great thanks to someone I call my ‘guardian angel,’ who advocated for my case tirelessly as the committee changed leadership every few days and applications got lost just as quickly, I was granted permission — finally — with the help of MK Ayelet Shaked. I purchased a one-way ticket from Florida to New York, and then purchased another one-way ticket on El Al’s ‘rescue flight’ from New York. All for about $1,000 out of my own pocket.

I am grateful that I made it back home by the skin of my teeth. I am due to be released from Hotel Coronafornia this Thursday, Taanit Esther, just in time for my son’s birthday and bar mitzvah.

As a performer and medical clown, I have learned to try to see the light within the darkness. As frustrating, maddening, confusing and downright oppressive this whole experience has been, I’ve been able to do much self-reflection and come up with comic material for a new vlog and my social media accounts. I could yell and cry and punch a hole in the wall (I really wouldn’t do that – I’m too wimpy) but what good would that do me? I accept that this is my current reality.

What I don’t accept is how we are being treated by our own government. We were packed like sardines on the flight to Tel Aviv. And we get such mixed messages in the hotel, which is under the jurisdiction of the Pikud HaOref (Home Command Front).

Stay in your rooms! Do not come out! Remember that 5,000 shekel fine!

Yet we are told that we can come out of our rooms to bring things down to the lobby to transfer out to family or friends. We must be masked, and we must make it quick. We can have no direct contact with anyone. This Shabbat, we were allowed to light candles and help ourselves to hot water in the lobby. And yet we MUST STAY IN OUR ROOMS.

I witness only cooperative citizens here. No one is trying to escape. Everyone here had to take a mandatory corona test before they traveled and at Ben Gurion Airport upon arrival. Everyone is respectful, quiet…and seething inside.

We are considered a danger to society.

Because of others in the past who broke home quarantine, we have no choice but to isolate in this hotel. With no access to fresh air, with minimal human interaction (when the hotel staff deliver my meal, I am happy to see a live human being even if he is covered head-to-toe in hospital garb), and little space in which to move around.

Our basic human rights are being violated. Why can’t we go out into the hallways if we’re wearing masks? Into the courtyard to breathe fresh air? We’re isolated from society the way it is.

So I sit here in my hotel room. Look at the door. Think of the hundreds of other Israelis just like me in this situation, locked behind their hotel doors too.

And I tell myself that I will never take freedom for granted again.

The price is just too high.

About the Author
Julie Rothschild Levi is a comic actor, children’s entertainer, medical clown, writer and editor. She can be found on social media @Officially Julie. She resides in Rehovot with her family.
Related Topics
Related Posts
Comments