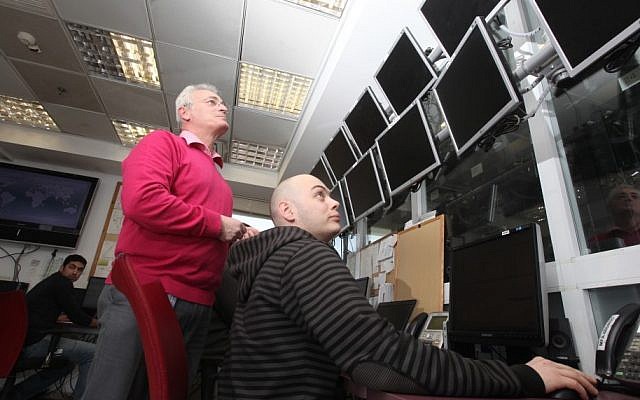 There is an old Jewish joke [as there always is] about two men arguing over their businesses. The first one says that he is doing well but that he only charges a dollar over the cost of making his product. Therefore, he struggles to make a living. The second one says that he actually charges a dollar less than the cost of making the product. The first gentleman looks stunned and asks how the second gentleman will ever make a profit. The second gentleman says “I’ll make it up on volume”.

It does sound ludicrous that a person or entire company would devote significant resources to developing a product that is given away for free. But as strange as this sounds, we all extract great benefit from countless free options available to us in the digital realm. Whenever I wish to hear the music of an old singer or group that I followed in my youth, I open YouTube and search for their name. Invariably, I get access to a complete list of all of their greatest hits, just waiting for me to click play.

The music industry has actually suffered due to this free version of so much of their product. Interestingly though, performers  have come to realize that legal and even illegal downloading of their music, can make them incredibly popular. Based on this popularity, the performer then goes on tour and may very well make millions from actual performances. One might argue that this is a less ideal way to make money, i.e. it requires far more effort on the part of many more people. Contrarily, it seems to send a message that free music is a marvelous advertising ploy, but the real money comes from actually working, i.e. performing in front of a live audience. Of course, in this day and age, there is plenty of money to be made from endorsements and other types of deals. But unquestionably, freely available music has changed the music industry.

In the programming world, there is a tremendous amount of software that is freely available. For the EMR I developed for my previous employer, I used an open source and free database system to store all of the medical records. The database’s name is MySQL. It turned out to be an excellent choice, being more than capable of handling all of my EMR’s needs. So, how do the developers of MySQL make any money? Basically, they offer consulting services on the use of their free product. So, if you are a company that wishes to install MySQL on hundreds or thousands of computers, and you need to know how to link all of these installations together and how to secure the data and how to back it up and how to make it fault-tolerant, then you spend a pretty penny for a consultant to help you.

Many components of my EMR were free and from the open source community. I managed to learn them without seeking outside consultancy. As such, the users of my EMR were spared very significant licensing fees and outside consulting fees over the course of the many years that I developed the product. Programmers can also find solutions to many problems, openly available on the Internet. I was recently looking for software that I could use to create a PDF file. I found a freely available and complete package of software for doing so. And, this was not the only freely available package. It is astounding how many solutions are just sitting there, waiting to be used in new projects.

In the world of enterprise capable EMRs, i.e. the kind of EMR that is installed across major medical institutions at a cost of hundreds of millions of dollars, there is still significant resistance to being “open”. In this case, the openness I am referring to relates to the sharing of collected data. I recently discussed this point, and explained that it was the EMR company’s attempt to force clients to remain loyal. Effectively, if the EMR company could make it nearly impossible to extract data en masse, then it would be extremely difficult for a hospital to move to a different EMR environment. Although this kind of “kidnapping” is not illegal, it is nevertheless poor business practice. If the only way that an EMR company can ensure loyalty to its products is by trapping clients, then such a company will eventually fail. Eventually, another company will develop a much superior product, and the hospital will swallow all of the difficulties associated with the switchover. If nothing else, the hospital might make such a move out of spite. No one likes being trapped. No one likes being forced to do something they don’t want to do.

If every EMR company openly shared their stored medical information [of course, in a secure fashion], then hospitals and other healthcare institutions would have much greater mobility. A hospital could use one EMR for a period of time and then switch, IF the hospital would become unsatisfied. Such openness would force all of the EMR companies to constantly be working on updates and improvements. The EMR companies would have to invest heavily in PR and customer satisfaction. In the end, the healthcare institutions and their patients would benefit dramatically. And the EMR company that did the best job in terms of their product would justifiably take a majority of the market.

If every medically related product included an interface for exchanging information, then this could become a tremendous opportunity for EMR companies to increase the number of important features in their product. If there was a system [developed by a non-EMR company] devoted to the secure notification of patients, the ability to freely share information with such a system would allow an EMR to add this functionality with minimal extra cost. Rather than develop a proprietary notification system, the EMR company could simply send over the specific data for a given patient, and the notification system would make sure to get that information to the patient or to the patient’s doctor. In the end, everyone would benefit.

I have also previously discussed the tremendous potential benefit to the world if all researchers shared all of their data on an open web platform. Imagine a day when a researcher could  find important data on millions of diabetics via such a platform. The researcher could very well bypass the collection of such data on his or her own, and go straight to the analysis. As new and more powerful analysis tools become available, such shared data could be the source of critical new discoveries. It is extremely unfortunate that such sharing has not yet become the standard.

Even major software companies are offering more and more products for free. Admittedly, once you use their products to develop your software and then start selling a service based on that software, you are expected to pay for the resources that you use from the company. So while the app that you developed with Google tools was free, the physical storage space and CPUs that your app needs to service its millions of customers, do cost. Sounds fair to me.

Openness in terms of software development tools and data can be part of an effective business model. Of course, you have to figure out how to make money somewhere. But it seems that many companies are doing so. And when they do, we all benefit. I hope that this trend will continue and that we will all benefit from a much more open and perhaps slightly less greedy business side of, at least, the medical world.