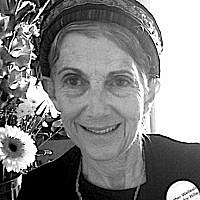 The Blogs
Chana Sperber
Apply for a Blog
Advertisement
Please note that the posts on The Blogs are contributed by third parties. The opinions, facts and any media content in them are presented solely by the authors, and neither The Times of Israel nor its partners assume any responsibility for them. Please contact us in case of abuse. In case of abuse,
Report this post. 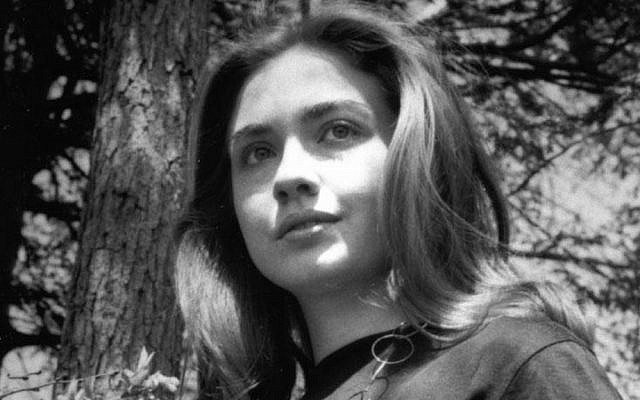 It was the 1960s, and I was sitting in class, when a girl named Hillary proudly reported that she had succeeded in integrating the “lily-white” Methodist Church in Wellesley by simply taking our black classmate Karen Williamson along with her to pray the past Sunday.

I’ll never forget her dedication to the cause — she didn’t stop at just that one morning in church. Hillary encouraged us to join the newly founded organization, Wellesley Against Racism (WAR), and helped organize transportation to take us to tutor and baby-sit in Roxbury, the poverty-stricken black ghetto in Boston.

As you may have guessed, my classmate Hillary was and is Hillary Rodham Clinton.

Hillary Clinton was never a political figure in my life. Long before she was secretary of state, senator, first lady or even mother, I remember Hillary from our days at Wellesley.

Decades ago, I met Hillary Rodham, who was smart, confident and assertive when expressing her opinions. She came to class well prepared and was always vociferous, questioning and opinionated.

After she helped us engage with race issues, Hillary soon spoke fervently of social justice in class, but our social activism on the Wellesley campus was rather tame. Hillary was not a revolutionary — in fact, she still had, as she called it, “a mind conservative and a heart liberal.” She served as president of the Wellesley Young Republicans organization during our freshman year and only in 1968, after the assassination of Martin Luther King Jr. and the escalation of the war in Vietnam, did she change her political loyalties, becoming a supporter of the anti-war Democratic presidential nominee, Eugene McCarthy. Hillary was effective as the head of student government since she knew how to listen and to formulate our demands in a way that would be effective and not abrasive to the conservative administration — skills I know she has continued to use over the decades as she has built a reputation as an outstanding listener and an effective bipartisan politician.

Hillary also was helpful to me personally during our time together. As my Jewish identity became the central commitment in my life, Hillary assisted me in fighting for rights for Jewish women on campus. It seemed unfair that women who kept kosher were required to pay for food they did not eat, and that those of us who did eat in the dining hall were not allowed to bring in items such as matzah for Pesach and challah for Shabbat.

Hillary understood our concerns, and although she had nothing to gain personally from the efforts, with her help, we succeeded with those issues and set in motion a plan, fulfilled a few years later, to establish a Hillel Foundation with a permanent location for meetings, worship and more. Hillary’s commitment to our cause was instrumental to our success.

Since we finished at Wellesley and went our separate ways, I have continued to be in contact with Hillary, sending her explanations of Israel’s needs and positions when President Bill Clinton’s policies toward Israel differed from my own. Later when she served as secretary of state, I spoke with her, here in Jerusalem, on several occasions.

As I raised my 10 children here in Jerusalem, my mother often expressed her disappointment with the life choices I had made by pointing to Hillary’s accomplishments and saying, “Look what you could have done!” I still feel the warmth of my mother’s love in that gross overestimation of my abilities in comparing me to the superwoman Hillary.

I also know that my mother would be deeply proud to know that I now have the opportunity to vote for the young woman with such deep passion and commitment to helping others to be the first female president of the United States.

I have known Hillary Clinton for decades. I believe there has never been a stronger choice for president of the United States — whether for domestic policy or foreign, viewing the election as a woman, as a Jew or as an Israeli. Hillary Clinton deeply understands Israel and the Jewish community and as a woman of faith, I have deep faith that she will make an outstanding president.

About the Author
Chana Sperber is an author and Wellesley alumna. She lives in the Old City of Jerusalem with her husband, Rabbi Daniel Sperber.
Related Topics
Related Posts
Comments