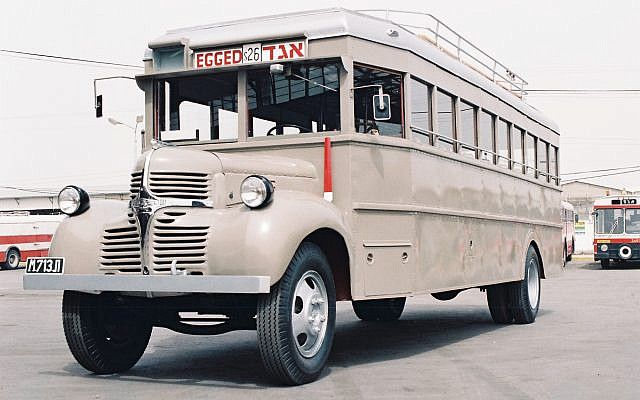 That’s the motto of my local department of education (אנחנו כאן כי הכל חינוך) in Yokneam, Illit. “We’re here because it’s all education”.

As an olah, and as an American, I knew that I had much to learn about this new educational system, and that I would have to decide which of my ideals about education I would hold tight and which could float away in compromise. The answer, frankly, is that I am not willing to compromise very much.

Let’s take my city as a microcosm, a case study. We left Haifa and moves to Yokneam Illit because we had heard that education was a priority in this town (among other factors). Well, we heard right – it once was. It was when the Federation of Atlanta was pouring millions of dollars so generously into the school system. That money has since been diverted to other important projects. It was my understanding, and it certainly is my expectation, that as the city grew and developed its high tech park, the increased tax revenue would allow the city to replace those funds as they dwindled. That does not seem to have happened…

Right now parents of preschool and kindergarten aged kids are receiving registration paperwork in the mail for next year. It’s an exciting time and there are many factors to consider. The standard experience, with which I am also personally familiar, becomes a black box of how or when to register and how or when to make a special request. Please don’t expect a direct or prompt or comprehensive answer. It’s not forthcoming. And then, sometime in April, the city will see that a number of classrooms are under-enrolled and the word will go out that these rooms are in danger of being closed. That sends parents into panic to make an alternative plan or rally the troops to protect their classroom. It is all a horrible waste of time because the final decision isn’t made until August; we all know families move in the summer and new construction finishes, so numbers are still very much in play. But instead of telling parent this, the city rings the alarm bells and causes panic, every year.

When I was a volunteer in my sons’ elementary school it came to my attention that there was a horrific mold infestation in an auxiliary classroom. It was so bad I couldn’t breathe when I went to help organize it; the books stored there had to be discarded. Kids were still in that room on a daily basis for small group work! I raised the issue with the school custodian and the principal who had limited means to address the water leak causing the mold. I raised the issue with the city, who is responsible to tend to the upkeep of the buildings. The school was not yet 10 years old! They said they would take care of it, they didn’t. After putting them on notice and allowing more than a month to pass, I called in the health department. Four classrooms in the school were deemed unhealthy for the kids! And of course the principal was penalized by the city for not keeping her parents under control. In the end, the mold was remediated and the rooms are fine now.

Now that we have moved beyond the elementary school years, my older children go to school outside of town because we do not have a national religious middle or high school in town. That’s a reasonable situation given the small size of the community that wants that type of education for their kids. The Ministry of Education identifies schools that are then assigned to communities like ours as automatic choice schools. That means that I as a parent do not have to jump through hoops to send my children to that school; it’s as if the school is part of my local district. And what that means is that my municipality doesn’t have to fund and maintain a religious middle or high school, which wouldn’t be economical either. It does mean, though, that the city has to get my kids to and from school in a reasonable manner. That means, a school bus of some sort. Paid for, by the city.

Expect that they won’t. Because the city is in debt and trying to save everyone, best I can tell. So the school ran a bus for part of the year and finally got fed up that no one was paying for it (shocker!) and as of this week has stopped offering a bus for the nine kids from Yokneam Illit. And the city continues to demand that the kids can just take public transit to school – that would be two buses and a 1.5 kilometer walk to the campus. My kids missed two days of school and then got a ride from me and another parent. We’ve spoken with lawyers and confirmed our rights. We’ve spoken with the press. And still these kids are caught in a staring contest – the city will blink first, because it has to pay, and that’s the end of that. But it will come at the expense of their education and many hours on the part of their parents.

Finally, let’s look at the matriculation diploma success rates. Each year signs go up touting our 97% success rate for students completing their matriculation exams and receiving the full diploma. It is indeed a major accomplishment – think about Regents or AP or IB, it’s kind of like that, although not nearly as rigorous. Wow – Yokneam Illit is doing really well, nearly 100% passing! Except, that it isn’t. 97% of students who sit for the exams (they aren’t mandatory) pass. And yes, that’s something to be proud of. But citywide, only 68% of students who are eligible to sit for the exam do, and pass. 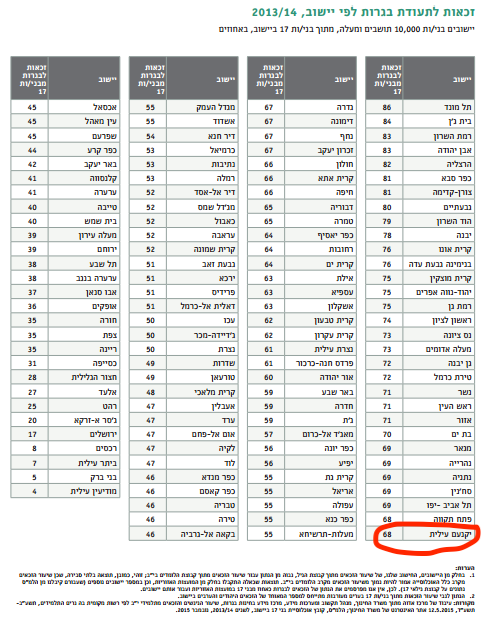 Who are those non-test takers? Well, kids who dropped out, kids who are in special ed and therefore don’t have to take the exams, and kids who learn in the ultra-orthodox religious schools who aren’t required or expected to test. Now those numbers are from 2014, the last time such data were gathered and analyzed. Suffice it to say, they haven’t changed that much. The impression of such a successful test taking rate makes a powerful imprint on parents’ minds.

Let’s cut to the chase here, education is apparently everything, except when it requires an investment of time, money, or compassion. We can, and should do better by our children, in each and every community.