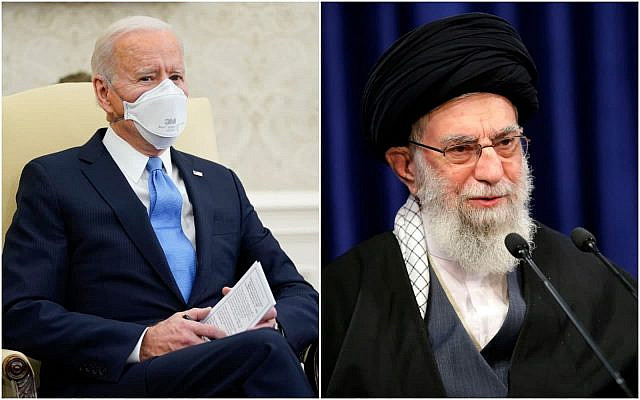 In the mid-1970s, the West and American leaders unveiled a new strategy: behind-the-scenes diplomacy, or indeed the “invisible strategy” in the Middle East and Asia, which was very notable.

After the downfall of the imperial system in Iran, which the Westerners started and implemented based on this “invisible strategy” and its central excuse was “human rights” and its goal was to discredit Iran’s past system, the relative peace and stability that existed in the Middle East before the revolution was disrupted.

One of the sinister consequences of the “invisible strategy” is the emergence of Shiite political Islam in the region, led by Ruhollah Khomeini. Exporting the revolution and political Islam of the Shiite sect to other countries and destabilizing the Middle East and anti-Semitism became the basis of the policies of the Islamic Republic of Iran.

Western countries thought that with Shiite Islam and “Khomeiniism” they could, on the one hand, prevent or at least reduce the influence of the Communist Soviet Union, and on the other hand, restrain the ayatollahs, leaders of the Islamic Republic of Iran. But this strategy came to a complete standstill. This policy of the West not only failed, but also resulted in the implementation of an “invisible strategy” to create a regime that became the biggest human rights violator and the main sponsor and producer of terrorism in the Middle East and has now become one of the West’s Achilles heel.

The Soviet Union collapsed, but another form of politics emerged in the West, still based on cooperation with political Islam, which took over universities, government institutions, and centres of power. From the very beginning, Khomeini and his Islamic Republic, through terrorist acts and the establishment of armed groups and the strengthening of proxy groups, established a vast anti-Semitic network in the region from Afghanistan to Lebanon, Syria and Iraq, permanently destabilizing the region.

The Iranian regime has deprived the Westerners of security and peace of mind whenever it wanted, by assassinating and taking foreign citizens hostage.

Except for the four years that Donald Trump was the US President, the “invisible strategy” or “closed-door diplomacy” is still going on, and the result is the Iranian regime becoming more arrogant, allowing the ayatollahs and the Islamic Revolutionary Guard Corps to suppress more Iranian people and became more threat to the state of Israel.

Rocket launching, laying mines on sea routes, firing missiles at Israeli tankers and merchant ships, and building missile factories in Syria and Lebanon are just some of the malicious acts of the Islamic Republic of Iran.

Politicians devoted to behind-the-scenes diplomacy must answer: What has this strategy achieved for them other than insecurity and destabilizing the region? Western leaders must answer what has resulted from appeasing the Iranian regime other than reinforcing terrorism and torturing and repressing the people and threatening its neighbours and disrupting Israel’s security?

The Iranian regime; Khamenei, and the Islamic Revolutionary Guard Corps, which is a staunch supporter of “closed-door diplomacy” pills, insist on peaceful nuclear activity based on religious fatwas, but all the evidence and results of inspections over the years have shown that they seek the atomic bomb, not the electricity generation and medical and research as they claim.

Now, the fans of “closed-door diplomacy” and the supporters of the Islamic system should be aware there are those who reveal the facts.

Really, why have most countries in the world, except Israel, adopted policies that resulted in nothing but repression of the Iranian people and disruption of regional stability?

The fact is that today the Iranian people have no support of any country except Israel. It is as if all the countries of the world have joined hands to turn a blind eye to the destruction of the Iranian people and the plunder of the country’s resources. They behave in such a way that the people came to believe that the pro-democracy governments do not support the Iranian people but the Islamic Regime! But these same people, especially in recent years, have realized that their main ally is Israel.

The unity of the Iranian and Israeli people is natural and has a historical basis. They depend on each other and their interests have long been intertwined, and despite all efforts to separate the two nations, they are closer together today than ever before.

Supporters of closed-door diplomacy argue that trade and cooperation prevent war, but evidence suggests that such calculations are wrong in some areas and in the face of certain political regimes. Why, despite the high volume of Western trade and economic relations with China, are they still in difficult political passages? In fact, this notion that trade can stand up to contradictions and prevent war has no effect on abnormal and totalitarian regimes.

Looking at this issue from any angle, giving artificial respiration to this inhumane system increases the cost to the West and its allies in the region. Establishing a sensible and popular system in Iran based on secularism and adhering to universal charter of the human rights is the best option for both the West and the people inside Iran. A system that emerges from a free election based on the will of the people and not on the basis of sabotage and extortion. The Islamic regime in Iran is now illegitimate inside the country and among the people, and it has survived only through the artificial respiration of diplomats active in “invisible strategy” and the force of bloody repression of society.

“No to the Islamic Republic as a whole” is the will of the Iranian people, and the West must support it if it really cares about its own interests.