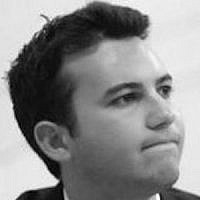 The marriage and subsequent divorce of the two Israeli political titans shows that “bi-partisanship” isn’t all that it’s made out to be.

Trump-Clinton ’16? Obama-Romney ’12? As a political observer of the United States and Israel, one of the things that has stuck out to me is the idea of a unity government, and in particular the political marriage of Binyamin Netanyahu and Ehud Barak.  To Americans, the idea that two major figures of different parties, especially ones that faced off head to head for the Premiership can come together and work together for the sake of their nation is as foreign as living with neighbors who send bombs across our borders.  People in America constantly wish that our politicians can just “work together” or “reach across the aisle”.  While it sounds good to make a government with a collaborative effort that takes the best ideas from both sides, the Israeli experience with Bibi and Barak can show us why it may not work.

In 1999, Ehud Barak and Binyamin Netanyahu faced off in a heated election, to say the least.  The incumbent, Netanyahu was facing backlash from all sides of the aisle, from the right because of Wye-River and from the left because he hadn’t gone far enough.  As Hillary Clinton explains, “He [Bill Clinton] got Netanyahu to give up territory, which Netanyahu believes lost him the prime ministership [in his first term], but he moved in that direction, as hard as it was”.  Netanyahu faced a formidable opponent in Ehud Barak, an Israeli war hero (perhaps the most decorated Israeli ever), who had just consolidated the left against Netanyahu.  Furthering the contentiousness of the election was the fact that American Liberal political consultants Stan Greenberg and James Carville, close allies to Bill Clinton, worked for Barak. Netanyahu quit politics for a time after he lost in a landslide. As for Barak, his government collapsed and only spent one year and 245 days as Prime Minister.

People in America constantly wish that our politicians can just “work together” or “reach across the aisle”.

The fates of Netanyahu and Barak, who had already had a long history with each other before 1999 (Netanyahu was a soldier under Barak’s command, and Barak was close to Netanyahu’s beloved brother Yoni) were to cross again when Netanyahu was looking to form a coalition after his victorious return to politics in 2009.  Barak agreed to stay on as Defense Minister (after the Olmert government dissolved) and even split his Labour party into the “Independence Party” so he can stay on as Defense Minister under Netanyahu.  The two became extremely close as the Iran issue became the forefront of Israeli politics. 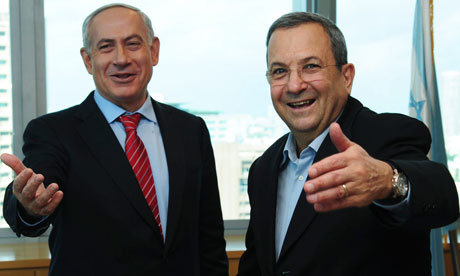 However, like any political marriage of people with fundamental worldview differences, it was unsustainable.  By the end of 2012, it was apparent there was a rift between Netanyahu and Barak.  This cumulated with the resignation of Barak that November.  While it is extremely plausible that the then 70 year old Barak was sick of politics, it seems more likely that he realized that who would lose big, as Netanyahu won in 2013 and 2015 solidifying his right-wing coalition.  Since “leaving politics”, Barak has endorsed Netanyahu’s opponents such as Isaac Herzog, and even leaked how close Netanyahu was to bombing Iran, which some saw as him trying to get back into politics.

The lesson we can apply here in America is this: bi-partisanship isn’t all that it is made out to be.  When you have too broad of a coalition like Netanyahu and Barak did, not much gets accomplished.  It is also notable that Netanyahu had to call for new elections much more frequently and was up for the premiership in 2009, 2013, and 2015.  While many people are upset at the purely right-wing government Netanyahu has assembled, policy such as a budget and a gas deal have been achieved (controversially) with Netanyahu’s right-wing coalition in charge.

As America races towards the 2016 election, the usual laments of a lack of bi-partisanship, gridlock in Congress and “divisiveness”will continue.  “Saviors” such as Michael Bloomberg and Howard Schultz will be pushed as candidates who can “bring the country together”.  Israel tried that with Netanyahu and Barak, and it didn’t seem to be that effective.  Maybe a President Cruz or a President Sanders, who will lead a coalition with an ideological fervor might be better for America.