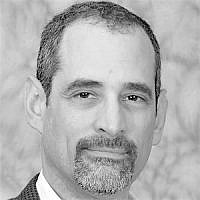 The Blogs
Eric Brand
Apply for a Blog
Please note that the posts on The Blogs are contributed by third parties. The opinions, facts and any media content in them are presented solely by the authors, and neither The Times of Israel nor its partners assume any responsibility for them. Please contact us in case of abuse. In case of abuse,
Report this post. 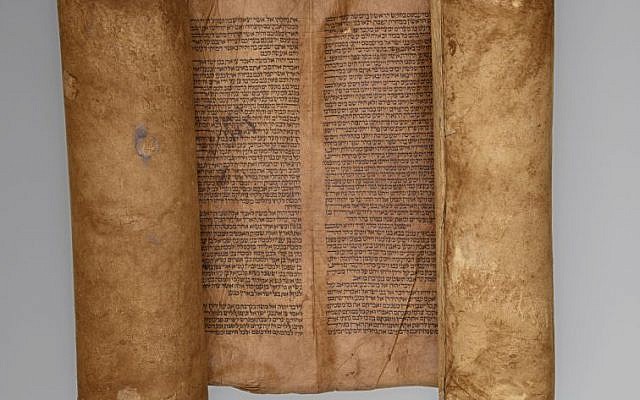 A circa 16th-century Sephardic Torah scroll from Spain. (Courtesy)

Okay, I’ll admit it. I’m a shill for the global money-making machine that is the financial industry. My job is to package people and products and make them attractive to the buying public. I don’t lie and I’ve worked at respectable businesses with honorable, hard-working folks (mostly). But make no mistake: persuasion is the name of the game, finding the emotional key to induce prospective customers to make the decisions I want them to make. In my line, those decisions can be worth millions, and sometimes billions.

You see, the Torah is not just a story book, nor is it just a code of law (though it’s also both of those). Through its stories, its prescription for living, its praise and condemnation, its predictions – and ultimately, the trustworthiness of its source – the Torah is most of all a call to action.

A collection of positive and negative commandments promising to ensure productive, righteous living? 613 Steps to a Better You!

The actions of the Forefathers and Foremothers prefiguring what happens to the Jewish people? What Your Ancestors’ Lives Can Tell You About Yourself!

God’s creation of the universe providing powerful lessons for our responsibilities to ourselves and others? Six Days to a New World!

The skin condition of tzaraas caused by speaking gossip, whose cure is repentance and reparations? Get Rid of Those Ugly Blemishes Right Now!

You get the idea.

What the Torah has in common with all good marketing is an understanding of human psychology. In the thousands of years since the dawn of history, people’s basic emotional and intellectual makeup hasn’t changed much. We’re still just as venal, frightened, confused, and selfish as ever. Which is really good for my job.

I first got into the Wall Street biz 15 years ago, after a mini-career writing and producing sitcoms. While some may think that making stuff up and having people laugh at it is a natural lead-in to hawking financial services products, there’s a big difference.

And I don’t just mean normal numbers, like 3 or 6 or even 24,557. I’m talking algorithms and compounding and regression analyses. Which I still don’t even pretend to understand. So I just concentrate on writing about them. (Yes, it’s possible to do this – if you’re totally desperate, have a lot of nerve, and work with smart people who can correct your constant mistakes without getting completely exasperated.) Six months into my first position at a major financial firm, my boss, the president of the company with a well-deserved reputation for marketing genius and impatience, called me into his office.

“Eric,” he said, “you’ve been with us long enough to get a taste for the business and what we want you to do.”

“Absolutely,” I said. Because even at that point, I knew telling him I had no clue would be a bad career choice.

“So tell me, how would you describe your job?”

“Well, Roger, I feel my job is to lower your expectations.”

I somehow got out of his office without his finding out I was still hazy on the difference between stocks and bonds. I have made a career out of lowered expectations ever since.

My first big assignment was to create a primer for clients on how to deal with market volatility. Getting people to understand market fluctuations and the effect on an investment portfolio requires that they remain awake. So I dressed up the math with an analogy someone had done about golf scores and sprinkled in some Yogi Berra quotes, and next thing I know I get a call from one of the top salespeople at the firm.

“I just heard from the Contessa,” he said. “She was calling from her Rolls Royce.” (I’m not making this up.) “She said,” he continued, “and I quote, ‘I was just reading your marvelous brochure and I’ve decided to invest my money with you.’ ”

“Wow,” I said. “Thanks for telling me. Now would you tell Roger?”

I’ve since worked for a variety of firms. There was the 200-year-old bank that told me they wanted me to create a whole new marketing unit whose aim was to “make money, but not too much money.” The partners worried that if the bank got too big, they wouldn’t have time to get in a drink or a round of golf on the way home. Then I worked at a boutique investment firm that lost two-thirds of its assets in one year but promised no one would be laid off, then laid me off the next week. There was the time I rewrote a press release for one of the largest cities in America and watched the mayor quote it by memory at a press conference, pretending to make it up as he spoke! And the lady in England starting up a hedge fund, who called because she had an anchor investor from the House of Saud ready to invest a billion dollars, but he wanted to see a brochure first so he’d know the fund was legitimate. (Again, not making this up). And by the way, although the Sheik got his brochure, “legitimate” is probably not the word he used when he found out later that Hedge Fund Lady had been indicted.

Right now, “content marketing” is all the rage, the idea that it’s not enough to talk about your products and services, you have to tell stories about them, help your audience identify with them, get them involved emotionally. The Torah, of course, was way ahead of this curve.

For instance, in commanding Moses to warn Aaron not to come into the Holy of Holies any time he felt like it, the Torah refers to the deaths of Aaron’s sons when they entered without permission and subsequently died. Rashi quotes the Talmudic teaching that this is like a patient who’s told by his doctor not to eat cold food or sit in damp places. He doesn’t listen, until a second doctor tells him a story about another guy who was told the same thing, but didn’t listen and died. That, the patient listens to. Hearing it as a story, identifying with the characters, feeling the consequences, got him to take action.

If that’s not marketing, I don’t know what is.

Of course, religion, like Wall Street, could use all the marketing it can get right now. Although the financial biz plays an important role in getting capital to the right places – helping pension funds support retirees, getting buildings built, restructuring debt for bankrupt governments, stuff like that – it’s currently out of favor given the market’s vagaries and the naughtiness of some players. Religion faces a similar problem. Debates about evolution, the glittering, often dubious, enticements of the secular world, false prophets hawking self-interest over substance – all distract from the important messages.

Yet the Bible continues to be the biggest seller in history by far, and the Jewish people is still the People of the Book. Something keeps us learning the sacred text, walking the sacred walk, talking the sacred talk, day in and day out for centuries. Basically, we’re just Contessas driving around in our Rolls Royces, saying to God, “I was just reading your marvelous brochure and I’ve decided to invest my life with you.”

Except we’re not all Contessas and we don’t all have Rolls Royces. But you get the idea.