Those are all remarkable accomplishments, and every Israeli is indebted to him for his role in the formation, the security and the success of the State of Israel.

But his life story was the exception, with an impact on a national and international level far beyond the scope of most people’s opportunities. What then can average citizens learn from Shimon Peres?

There is one attribute being overlooked about the former president, perhaps his most important legacy, which everyone can emulate to improve his or her own life and make the world a better place.

I was blessed to experience this quality firsthand, when I was new to the Knesset and met President Peres for the first time. I was so nervous — here is this giant, one of the founding fathers of the State of Israel — what do I say to him? I reviewed what issue I would raise with him and practiced over and over what I would talk about. I was very nervous.

We shook hands, and he said “Ani gei’eh becha,” which means, “I am proud of you,” three words said with trememdous warmth and love. “I too was once a new immigrant who got involved in doing what I could for our state,” he explained. Those words made me feel comfortable in his presence, and had an even further impact: making me feel comfortable in my new position as a member of Knesset. 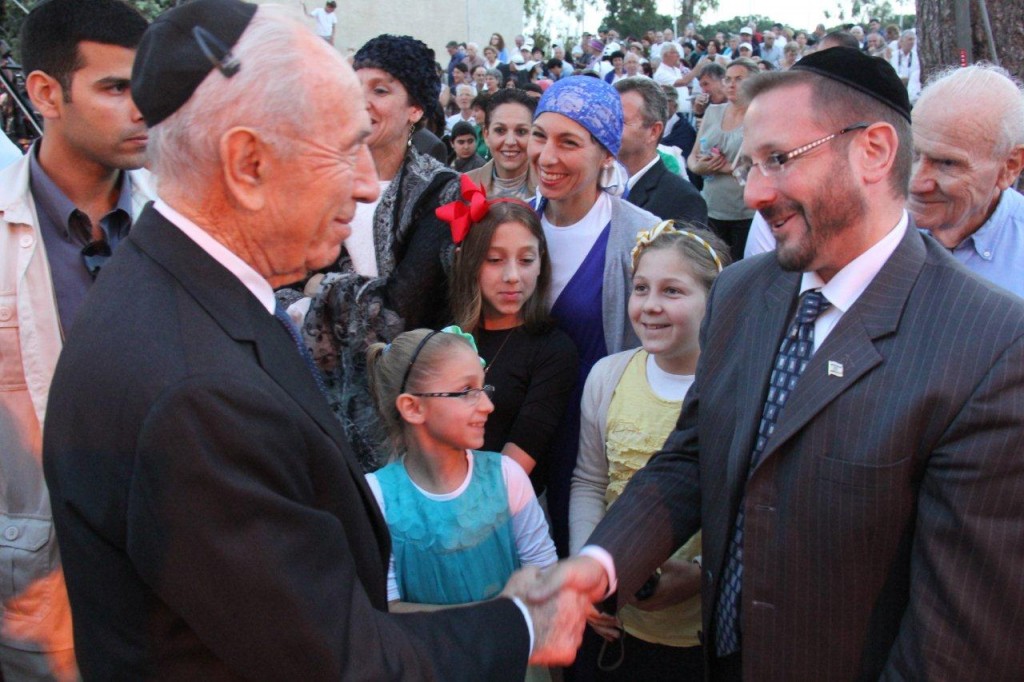 That encounter taught me that the hallmark of a great man and leader is not the major decisions that influence international and national politics. Rather, it is the care, love and sensitivity displayed toward individuals.

I shared this story at a news station where I was being interviewed this week, and the makeup artist remarked after the program that she had a similar experience: a year ago while putting on Peres’s makeup, she was stunned how he spoke to her “on my level.” Most dignitaries who come for pre-interview makeup, she explained, ignore the makeup artist, and those who do converse do so in a superior manner.

Yet here was one of the country’s founding fathers speaking to her as a friend, making her feel respected and even honored. That’s the care and sensitivity for every single person that this internationally acclaimed leader had.

I asked one of Peres’s closest aides and confidants if this was a common trait of the former president. He confirmed that it was, and told a story illustrating this quality. When Peres visited the Beraishit school in Jerusalem three years ago, he was greeted by a girls’ choir which included two Ethiopian Israelis. Do presidents and prime ministers pay attention when young children perform before them or are they lost in thought about “more important” things? 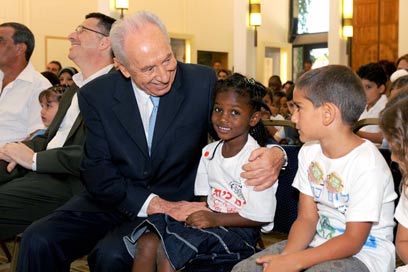 When it comes to Shimon Peres there is no question. The next day the president told this aide that when he went home after the school visit, he wrote a song about the beautiful eyes of one of the Ethiopian girls, a fourth grader named Rachel. The song describes those big and bright eyes capturing the aspirations of the Ethiopian Jews to return to Israel, with the refrain that “Beta Yisrael (the name for the Ethiopian Jewish community) lo nutak, u’Shema Yisrael lo shutak,” meaning the community did not let itself get cut off from Judaism, and they never ceased to recite the Shema prayer which captures the fundamental beliefs of the Jewish nation.

President Peres asked the assistant to find someone to write music for the words, and a week later superstar musician Idan Raichel wrote the music and performed the song at the Jerusalem Convention Center.

Think what this song meant to little Rachel, and what it meant to Ethiopian Israelis who struggle daily for complete acceptance in Israel. Think about this leader, who cared about each and every person in his state and demonstrated his love for them.

If there was anyone who had a basis to feel above and superior to others it was Shimon Peres. His biography speaks for itself. Yet he truly cared for everyone, and never conducted himself in a way which prevented him from connecting and expressing this love and care. Certainly we, who are not among the founding fathers of Israel and do not have international acclaim, can make sure that we love and care for all of our fellow citizens, and think about their welfare regardless of their background or lifestyle.

As we mourn the loss of this great leader, may we all be inspired to internalize this quality of Shimon Peres. If we do so, our country will become even greater than how he left it.

About the Author
Dov Lipman was elected to the 19th Knesset in January 2013. He is the author of seven books about Judaism and Israel, and holds rabbinic ordination from Ner Israel Rabbinical College and a masters in education from Johns Hopkins University. He has been at the forefront of combating religious extremism in Israel and is a leader in efforts to create Jewish unity both in Israel and around the world. Former MK Lipman is invited to speak on behalf of the Jewish state both in Israel and around the world and serves as a political commentator for i24 News and ILTV. He currently serves as Secretary General for the Confederation of United Zionists.
Related Topics
Related Posts
Dov Lipman
Comments