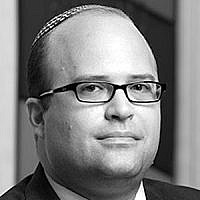 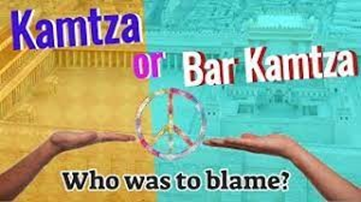 Rabbi Yochanan said… Jerusalem was destroyed on account of Kamtza and Bar Kamtza. (Gittin 55b)

We all know the story.

A certain man was hosting a large party. He sent out his servant to deliver invitations – including to his good friend, Kamtza. By mistake, however, the servant brought the invitation to a man named Bar Kamtza, who happened to be on bad terms with the host. (Even back then, the mail was terrible!)

Bar Kamtza, pleasantly surprised with the invitation, attended at the party. The host was aghast and immediately ordered him to leave. Bar Kamtza, not wanting to be embarrassed, offered to reimburse the host for whatever he consumed. The host refused the offer, even as Bar Kamtza offered to pay for half, and then all, of the party. Finally, in front of all the guests, including many respected sages who made no move to intervene, the host physically removed Bar Kamtza from the party.

Angry and humiliated, Bar Kamtza took his revenge by telling the Roman Emperor that the Jewish people were rebelling and that they would reject any offering that the Emperor would send to be brought to the Temple in Jerusalem. When the Emperor sent a calf, Bar Kamtza waylaid it and made a tiny blemish that would make it unacceptable as a sacrifice. The Sages debated what to do and even considered offering the calf anyway to avoid antagonizing the already tense relationship with Rome. In the end, the sacrifice was rejected, the Emperor was insulted, the Temple was destroyed, and the Jews were exiled.

Blame the host. Blame Bar Kamtza. Blame the Sages. But why blame Kamtza?!? He had no idea anything was going on since he never received the invitation. He doesn’t appear in the story!

The explanation is that Rabbi Yochanan isn’t assigning blame to Kamtza and Bar Kamtza. He is describing the destruction of the Temple taking place in an environment in which people feel divided, excluded, disconnected, and alone. Why did the host hate Bar Kamtza so much that he threw him out of the party despite his offer to pay for it? Did Kamtza and Bar Kamtza know each other? Why was Bar Kamtza excluded in the first place? Why didn’t the Sages encourage better behavior? Rabbi Yochanan is describing the sad situation in which people were not friendly, sympathetic, welcoming, and hospitable. Kamtza – like the host, Bar Kamtza, and the Sages – is very much a part of the problem if a society feels so disjointed.

Elie Wiesel recounts the story of the Gerer Rebbe, who asked one of his disciples: “How is Moshe Yaakov doing?” The disciple didn’t know. “What!” shouted the Rebbe. “You don’t know? You pray under the same roof? You study the same book? You serve the same God? You dare tell me that you don’t know how Moshe Yaakov is, whether he needs help or advice or comforting? How can that be?!?”

A society in which people can just “pass each other in the night” without stopping to connect with one another to create a caring community is heading in the wrong direction.

We begin Tisha B’Av with the words “Eicha yashva badad – Alas, the city is lonely…” Kamtza and Bar Kamtza are examples of a society that is torn apart, in which people feel alone. We cannot allow that to exist and must find ways to bring people together. Say hello to an unfamiliar face. Invite somebody new over. Introduce someone new to the Shul.

Destruction is the result of disconnection. Redemption will come from reconnection.

About the Author
Rabbi Elie Weinstock is Senior Rabbi of the Jewish Center of Atlantic Beach in Long Island. A believer in a Judaism that is accessible to all, he prefers "Just Judaism" to any denominational label.
Related Topics
Related Posts