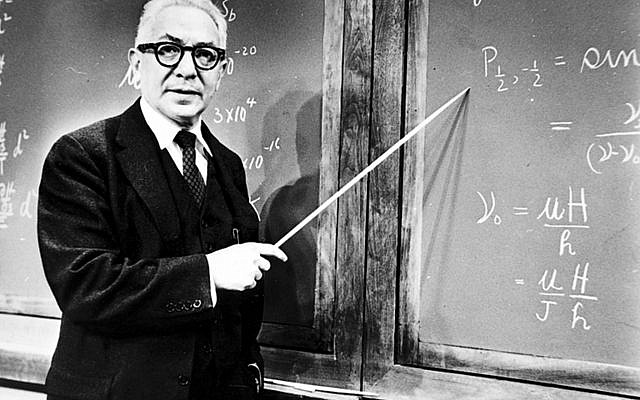 As year 11 and 12 students woke up to their ATAR scores this morning a great story comes to mind. The well known American Jewish Nobel Laureate for Physics, Professor Isidor Isaac Rabi was once asked, ”Why did you become a scientist? Why didn’t you become a doctor or lawyer or businessman, like the other immigrant kids in your neighbourhood?”

He responded: “My mother made me a scientist without ever intending to. Every other Jewish mother in Brooklyn would ask her child after school: So? Did you learn anything today? But not my mother. “Izzy,” she would say, “did you ask a good question today?” That difference — asking good questions — made me become a scientist.”

It seems almost intrinsic – that inquisitiveness, curiosity and questioning have all been engraved as Jewish character traits. However, what is the source for this brazen ‘chutzpah’ and most of all, is it positive? 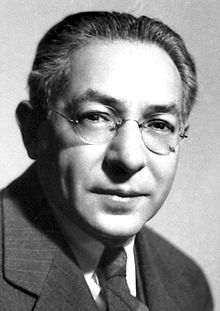 In my opinion the answers can be found in this week’s Parsha primarily through the various tribulations by our patriarch Jacob and he’s renaming to Israel.

Moreover up until this point in the Torah describes Jacob had embodied his original description of ‘Ish Tam, Yoshev Ohalim’ – “a simple and studious man.”

Only through the urging of his mother Rachel did the plan arise for Jacob to conceal his identity and receive the first born blessings from Isaac. In response to his father-in-law Laban’s continuous lies and deceit, Jacob nevertheless submissively continues to work for him for 20 years in which “by day the heat consumed me, and by night the frost and sleep wandered from my eyes”.

At the opening of this week’s Parsha on hearing about the approaching Esau with his gang of men, Jacob does not act on the offensive, instead he sends gifts of appeasement and divides his possessions to defend against a potential impending attack and prays.

To put it mildly Jacob embodies the saying “what goes around comes around”.

It is no mere coincidence that in our Parsha that Jacob’s name is changed. Jacob wrestling with and besting of the anonymous man, believed to be the embodiment of the spirit of his brother Esau, is a vastly important and watershed moment, signifying the first time our patriarch deliberately acts on the offensive. There is also room to question the Torah’s original reference to Jacob as being a man that sits and studies. As many commentaries put it that Jacob was man that questioned and wrestled with his faith.

Hence we are introduced to two dueling identities of our forefather. Jacob: the spiritual, studious and pious individual who cleaves to the belief of Providence, and non-confrontational Israel: the biblical hero who stalwartly faces off with G-d and his brother Esau and “commanded power against an angel of God and with men, and has prevailed”.

Which of these characters are to be most admired and revered?

The answer is somewhat complicated. On many occasions throughout Jewish prayer and the liturgy there are references to both ‘Bnei Yisrael’ the children of Israel or ‘Kehilat Yakov’ the congregation of Jacob.

We are both the children of Jacob and Israel meaning: an embodiment of both their characteristics are needed. In certain situations the passivity and complacency of Jacob is warranted and in other situation the headstrong and warrior-like nature of Israel is needed.

However this duel personality of our forefather also represents a more spiritual and esoteric divide.

Judaism truly does encourage questions. Many times it is necessary to act like ‘Israel’; to grapple, wrestle and probe G-d in order to understand and internalize His theology and ways. However, in contrast the ‘mentch’ and ‘simplicity’ of Jacob should not be lost, the outright belief in the internal good, truth and joy of Yiddishkeit.