Yesterday, at the prestigious Herzliya Conference, Rabbi Lord Jonathan Sacks spoke at a roundtable discussion titled “Islam and BDS in Europe: a strategic threat?” As reported in The Times of Israel:

The moral critique of Israel on human rights, embodied in the global boycott, divestment and sanctions (BDS) movement, has managed to divide the Jewish public in the US and Europe, the former chief rabbi of the United Kingdom said on Monday.

“Israel was always a uniting factor in Jewish life; it has become a divisive factor,”

A casual glance through various histories of early Zionism will show prior to, during and even just after its re-establishment in 1948, modern Israel was often “a divisive factor” in Jewish life in the diaspora.

Even today the inability of British assimilationist Jews to condemn our enemies in unequivocal language without bewailing “occupation” or accepting the false narratives of those who seek to destroy Jewish Israel, is obvious and divisive.

Chaim Weizmann (the leader of the Zionist movement after Herzl and the first State President of Israel) in his book Trial And Error said that the biggest single obstacle to the Balfour Declaration and the creation of a restored national home for the Jewish people was:

“the fact that the rich and powerful Jews were for the most part against us” p.194. “..the blame is directly attributable to the internal obstructionism of a small but influential group of Jews.” “Assimilationist Jews” p.199 *

Today, the BDS movement has made it “almost impossible” for Jews living in Europe to support Israel, Sacks argued. “Jews have been faced with a choice: live in Europe and criticize Israel or be silent, or leave Europe,” he said.

BDS has also so far been “fairly successful” in de-legitimizing Israel internationally, he noted. Isolating Israel in the global arena could eventually leave Jews defenseless, just as the American-initiated Évian Conference of July 1938 had Adolph Hitler see “the world declare that it cares about Jews but not prepared to do anything to actually help them.”

Of course anti-Zionism is the new Jew hatred. This is axiomatic. The only people who can consider otherwise have given up on an idea of the justice of Jews returning to the lands of the Bible. Jews’ indigenous lands; those which we have such rich archeological, historical, cultural, linguistic and natural connections to.

The living Israel is a land with its own language, where ancient place names, in this language, recognised for millennia, are still destinations on road signs. The ancient Jewish calendar marks time and seasons with uncanny precision; where remnants of cultural practices like keeping kosher or mikva’ot (ritual baths), are dug out of the ground every time we build a new skyscraper.

Even without our connection to this land, look around at the disastrous failures of the states around us. Compare them to the beacon of success we’ve built here. Israel is the only point of hope in this sea of backsliding failure and barbarism. In what way would it be just to destroy this to make way for the next failed Arab state? Is the goal to increase the suffering of Jews without decreasing the suffering of Arabs?

But for some there is a problem with all these connections: Jews are just as firmly connected to Haifa, Tel Aviv, Jerusalem (all of it) as we are to Hebron, Shechem (Nablus) and all the land illegally occupied by Arab armies until 1967.

BDS, as we have long tracked it on Israellycool, has been “fairly successful” in winning over those who don’t understand or refuse to acknowledge just how closely tied Jews and Judaism are to all the land of Israel. By denying our connection to the ancient, biblical cities which should have been part of Israel as Balfour declared, we dramatically weaken our claim to any Jewish state.

This is what happens when Jews fail to understand the significance of Israel.

The good rabbi and other assimilationist Jews need to decide if they have what it takes to stand up and fight for what’s right within their increasingly Jew-hating polite societies.

There’s only one thing different between today and the era of the 1938 Évian Conference and I’m always reminded of it by one amazing picture. The picture of Israeli Air Force jets above Auschwitz. Rabbi Lord Sacks can make as many pleas as he likes to his European governments and elites for his safety. I’ll only ever put my trust in a Jewish army. 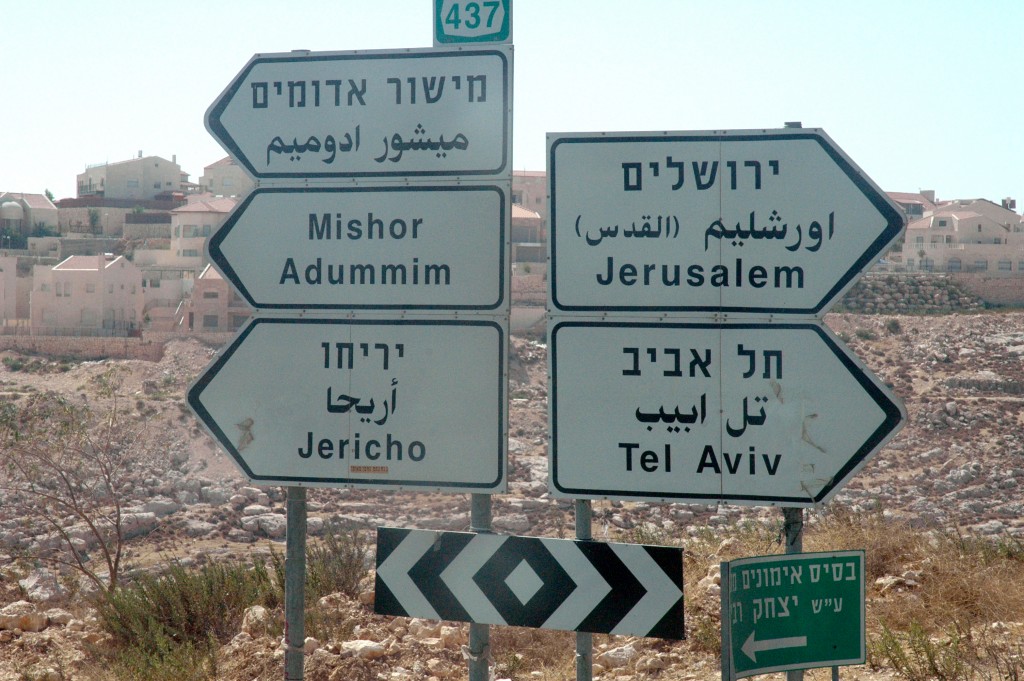 * Footnote: More quotations from Trial and Error by Chaim Weizmann.

“.. this policy can be summed up in one word: “opposition”..they will try their utmost to hamper us in our work when the decisive moment comes….they are a small minority living in the West, detached from the masses in the East,..” p.202. “..obstacles in the decisive moment…They were directly responsible as we shall see, for that ambiguity of phrasing in the Balfour Declaration which was to plague us….they discouraged..They went out of their way to influence British public opinion against us. They created in Jewish life a tradition, as it were, of active obstructionism which often came to life at critical moments of world and Jewish history.” p.202 “British statesmen and Jewish Anti-Zionists.”