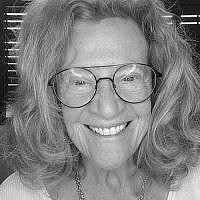 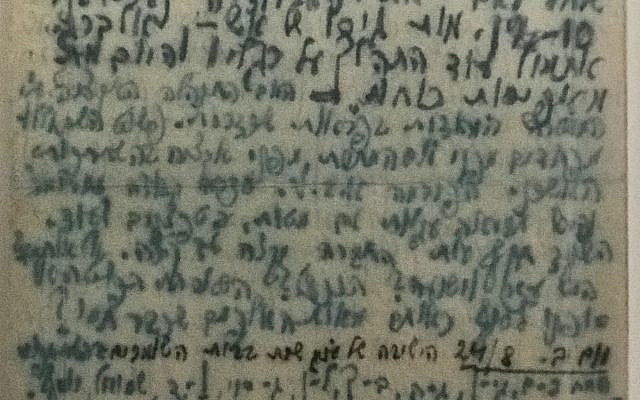 A portion of a page from Emanuel Ringelblum's diary on display at the Jewish Historical Institute, Warsaw, Poland

Folded in on itself.  Stuffed in a milk can along with many other pages. Buried under the foundations of a nameless building.  Entombed until the building’s bricks crumbled and they were discovered in 1946 and more in1950.

This is only one page from only one of the many diaries and documents saved from the Warsaw Ghetto in 1940-1943.  Outliving the authors, the oppressors, the governments, the buildings.

From a distance, the water damage gives the page a blurry loveliness.  The story beckons.  As you get closer, the evenly-spaced, straight lines bespeak discipline.  Closer still, the misty texture shatters into individual letters, purposeful, squirming ciphers.

The text presses up against narrow margins of the sheet, determined not to waste space and time. You can feel the author’s impatience.

The diarist had a mission.  He, the historian Emanuel Ringelblum, wanted the Jews in the Warsaw ghetto to write their own history.  He organized the smuggling and hiding of all kinds of documents chronicling Jewish life during the occupation of Warsaw.  He believed that, someday, there would be readers.  And he was right.  Hineni!

But now what?  How do I express and fulfill the claim his story makes on me — on all of his readers?  Are we entitled to read and move on?

I owe the diarist something, but I don’t know exactly what it is.  Somehow, my setting roots in Israel and breathing in her soft springtime air feels like part of a response.  But the diarist’s struggle and sacrifice bleeds through — and like the ink on his page, refuses to be washed away.