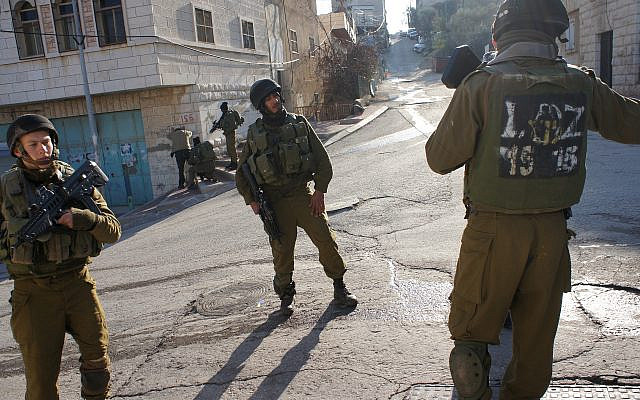 On November 1st Israel will reach a troubling milestone – five elections in three years, an unparalleled frequency in the developed world. This seemingly endless cycle has been a result of political paralysis, with the intractable conflict revolving around the question – “Yes Bibi? Or No Bibi?” But despite the constant electioneering, pandering and bickering, there is still a country that needs to be run, policies that desperately need to be enacted, and a series of long-term issues that must be addressed – from Iran’s burgeoning nuclear program to economic inequality. And within the hubbub of politicking and policy debates, one issue is overlooked – again. The Palestinian issue.

The current state of affairs is sobering, defined by a long-term status quo that seems to please no one. The long term reality is that neither Jews nor Palestinian Arabs are going anywhere, and the short-term reality is pockmarked with bullet holes, riddles with bodies, replete with attacks and recriminations, and saturated with misery.

On the one hand I admire the ideology and courage of the settler movement. It takes a tremendous strength of will to choose to live in a caravan where many services are hard to access when you could live in Tel Aviv. Furthermore, I relate to the Jewish narrative of homecoming. In my mind, when I made Aliyah I came home as well. And yet home is not just my home – it is shared by others. Regardless of who is right and who is wrong, to persist in such ideological maximalism in the face of real live human beings (some of whom are terrorists to be sure, but many who just want to live their lives) strikes me as both deeply ethically problematic and pragmatically unsustainable.

So let’s talk dougri, as Israelis like to say – what do we do about the Palestinians? In other words, what are the policy solutions needed to exit the quagmire? Many are offered from across the political spectrum – from unilateral withdrawal to mass transfer and everything in between. I personally believe that the best framework for moving forward in a balanced way is a Two State Solution. However, I am also aware of the myriad problems with implementing such a solution, certainly in the near term, and many in the current government and security establishment agree. Prime Minister Yair Lapid acknowledged as much in his latest speech at the United Nations.

Despite the Sisyphean nature of the task, I believe that Israel has no choice but to keep chipping away at the Palestinian Issue. Yes the risks are high, and I completely understand the hesitation. At the end of the day, I am gambling with my own security, and that of my family’s as well. However, I believe Israel in 2022 is an economic, military and technological powerhouse that has the ability to shape its own destiny to a great extent. The alternative, to deny our agency in this matter and resign ourselves to a bloody and dangerous status quo that jeopardizes Israel’s future is something I am not prepared to accept.

I made Aliyah eager to make Israel a better place. After twelve years in country, multiple wars (as a soldier and civilian), even more election cycles, endless polarization and gridlock, I have emerged understandably jaded. But to give up on the chance for change is to extinguish the flame of hope. For two thousand years we hoped to have a state of our own, it is that same hope that will not allow me to stand by and watch it disintegrate by default. Otherwise there truly would be no point in living here over anywhere else.

There are a few parties in Israel which, despite their participation in the democratic process, don’t seem to care much about the democratic values that have defined Israel since it’s independence. For them it is about political power, and the endgame they envision vis-a-vis the Palestinians is one that does not appear to care much for their dignity as individuals or their aspirations as a collective. Such an outcome appears to me as a potentially existential threat to Israel’s continued nature as a democracy, one which those of us who cherish the beautiful balance of the Zionist experiment and dream can ill afford to ignore.

We want these elections to matter, but they won’t unless we make them an inflection point, to tell the politicians enough is enough – and force them to pay attention. To be sure, there are many issues that desperately require attention and fixing. And it is hard to address any issue when the political system is so dysfunctional. But despite all that, we owe it to ourselves at an absolute bare minimum to engage in serious public discourse about the Palestinian conflict. We owe it to the next generation that we wish to see grow up in a Jewish AND democratic state.

Beyond elections, we are at the start of a new Jewish year. It is a time for renewal, revival, introspection and change. It is also a precarious time for the Israeli-Palsetinian conflict, with no real horizon for any change and with a bubbling of violence and discontent that has many security experts concerned. So on this occasion of Rosh Hashana, we shouldn’t give up. Instead, the question we desperately need to be asking ourselves is, despite the uphill battle – what can we do?