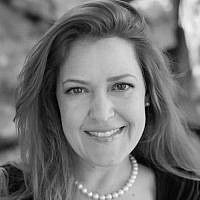 The Blogs
Jennifer Nataf
Personal Stylist and Wardrobe Therapist
Apply for a Blog
Advertisement
Please note that the posts on The Blogs are contributed by third parties. The opinions, facts and any media content in them are presented solely by the authors, and neither The Times of Israel nor its partners assume any responsibility for them. Please contact us in case of abuse. In case of abuse,
Report this post. 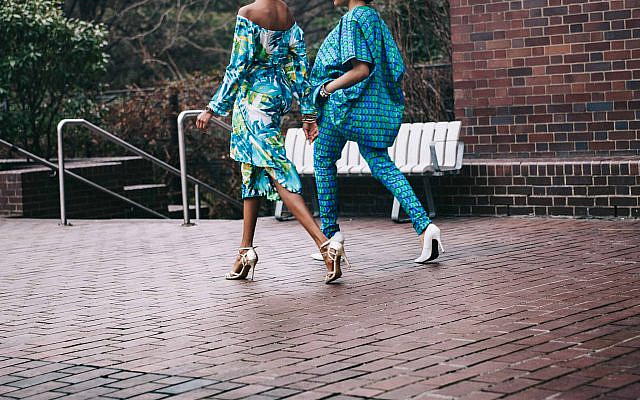 One of my old high school friends once posted the following profound statement on Facebook:

“He who does not sew up a small hole will sew up a big one.”

It was rare for me to understand his posts (he would post brilliant philosophical observations that went way-y-y over my head… at least, I assumed they were brilliant based on the fact that I couldn’t comprehend them). But in this case, I appreciated the juxtaposition of the philosophical, together with practical, material truth.

And my mind immediately flew to a pair of leggings with the tiniest hole in them, which I had set aside until I had time to sew it up. “Best not to put it off,” I thought.

The clothing we wear tells a story. Before we even say a word – in any language – our clothes tell people who we are, where we’re from, even what we believe. This is all the more obvious in a multi-cultural, multi-faith, tourist-packed city like Jerusalem.

Observing a tourist’s sandals paired with socks, or shorts in the midst of the Jerusalem winter, I can tell you that they are likely from Europe or Scandinavia, or possibly America.

Safari-wear in Jerusalem is rare, but when it occurs, it’s predominantly worn by Americans of a certain moneyed class.

Stiletto heels on uneven cobblestone Jerusalem streets? None but a Russian woman would be so bold.

A suit-wearer on the streets of Jerusalem will fall into one of two categories: The wearer of a beautifully tailored suit is clearly a foreigner, having traveled here for a conference or business meeting. Whereas a poorly-fitting inexpensive black suit, white shirt and plain black tie often denote an Israeli lawyer. (Nothing against Israeli lawyers; Israeli culture doesn’t support wearing this type of formal clothing. As a result, the lawyers who need to wear suits to court tend not to invest too much money, or thought, into their boring uniform.)

I’m fascinated by how clothing customs vary from culture to culture. The “slouchy sweatpants as an acceptable choice for daily wear” (as opposed to the original designation as exercise gear) became all the rage in America a couple of decades ago. They made designer versions. Clearly, comfort was the priority in American culture – for those people, at that time. Today, when you see a gaggle of sweats-bedraggled teenagers marching down the streets of Jerusalem, you don’t even need to hear them to know they are Americans. (You can hear them, though. They speak VERY LOUDLY – even louder than Israelis, and that’s no small feat.)

While across the pond, you have French women who wouldn’t be caught dead in sweats, even in the privacy of their own home. French women place a very high value on beauty, quality, form, and fit.

Another example: In many Western countries, it’s socially unacceptable to wear the same clothes 2 days or more in a row. You might be able to get away with wearing the same bottoms for two consecutive days (and then you change them!), but not the same top. Whereas in Scandinavian countries, no one will bat an eye if you wear the same thing all week. (This was a shocking discovery for me; I’m so used to my own culture of changing outfits daily.)

Even within a culture, there are social sub-cultures. I’ve often encountered what I thought was an unusual sub-culture in my dance classes, where a specific type of modern Orthodox Jewish woman will wear clothing with holes in them (they’re hole-y*). I imagine to myself that it just doesn’t occur to them to trouble themselves to sew up the hole, with everything else they have to do in life. I once pointed out a small hole in one girl’s leggings (formerly Modern Orthodox), in ballet class. (“He who does not sew up a small hole will sew up a big one,” was surely foremost in my mind. And I was curious as to how she could educate me on this remarkable phenomenon.) She replied that she was just waiting for the hole to get big enough, and then she would throw the leggings away.

We take so many things for granted, as far as what is acceptable and what is unacceptable dress, depending on our own culture.

What do you think your clothing says to others? Are you telling people you’re a tourist? That you’re creative? That you were in a rush while getting dressed this morning? That it doesn’t matter what condition the sidewalk is in, and you don’t care what other people do, come hell or high water, you WILL look fabulous in your stiletto heels?

Pay attention when traveling or meeting people from other cultures. Try to discern the things you would normally take for granted. Notice how others dress. You may find inspiration and pick up a styling tip or two!

Personally, I’m all in favor of learning from the French.

About the Author
I'm a personal stylist in Jerusalem and the Center of Israel. I help women find their own unique style and elevate it, so that they feel beautiful and confident and ready to take on the world. You're welcome to explore my philosophy of clothes, fashion and body image in my blog. And if you're considering hiring a personal stylist for yourself or the wonderful, deserving woman in your life, contact me!
Related Topics
Related Posts
Comments