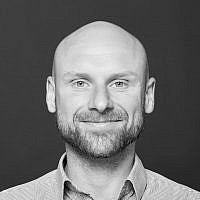 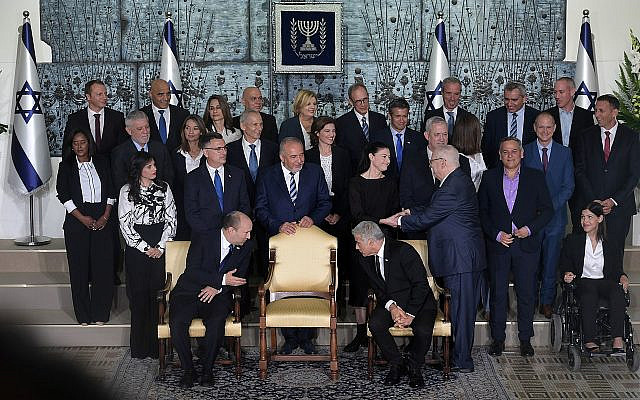 Israelis are posed to return to vote on their government yet again. Their decision, however, will affect not only their country, but their partners across the globe, including CE countries.

Israeli media is naturally focusing on the domestic turbulence caused by the looming end of the Bennett-Lapid government—an unlikely coalition which has managed to govern the Jewish state for little more than a year. From an outside perspective, there is, however, much anxiety over the current status of Israeli politics, as stability in the heart of the Middle East in a core interest of all countries interested in a peaceful state of affairs. This article shall take this outside perspective with a particular emphasis on Central European interests when it comes to Israeli affairs. This does not negate the fact that solely the Israelis themselves may decide on Israel’s upcoming leadership and that, in all the current instability, there is much to be celebrated in the lively democracy that Israel is portraying, with all its positive aspects and, just like now, some of its negative.

What is the basic reason why we, in Central Europe, should be deeply interested in Israeli politics? First of all, the reason is geopolitical, as Israel is situated at the crossroads of Africa and Eurasia, and the Mediterranean and the Red Sea—a strong Jewish state is of vital interest to the CE region. From our perspective, this country has to be able to absorb and be resilient to the negative security threats, while also being able to project stability in its region. Secondly, Israel is not only of interest to the CE region as a Middle Eastern country, but as a global hub of finance and technology. CE states, rising from decades of Socialist political and economic quagmire, received a significant boost from their EU accession and emerging relations with East Asian economies. However, even after three decades of transitioning to market economy, significant gaps exist in our commercial and industrial ecosystems. Israel is perfectly positioned to massively aid in filling in these gaps, especially if it can act in tandem with its newfound partners in the Gulf. Therefore, security and economic interests both motivate Central European states to be wary when Israel is experiencing domestic calamity and to hope for a stable government to emerge.

Regardless of the current political turmoil, one must not forget the achievements of the coalition led by Bennett and Lapid. By the summer of 2021, Israel’s institutional backbone was exhausted and degraded by three years of domestic political crisis, the effects of the COVID pandemic and internal societal strife. In a quasi-permanent electoral campaign, all the inherent tensions in Israel were not only permitted to mushroom, but were also fostered by politicians to gain votes. This vicious cycle was stopped by the bold initiative of the Bennett-Lapid government, championing an unlikely coalition across the political spectrum to restart the machine of the Israeli state. This compromise could not have been achieved without the visionary offer of Lapid, himself tasked with forming a government and succeeding by instead offering Bennett the first turn of being prime minister in a rotation deal. The new government rapidly moved on in its first months to adopt a state budget and conduct the lagging appointments, which did not happen in the previous years. In its foreign policy, the new government has re-engaged with its new and old partners, including the US, the EU, the Arab states and making strides to mend ties with Turkey as well. Despite all the campaign rhetoric from the current opposition, Bennett, Lapid and Gantz managed to uphold Israel’s deterrent power vis-à-vis Iran and Hamas. The government also aimed at mending the bonds between the big Israeli societal blocs by including an independent Arab party, addressing their issues and moving (although unsuccessfully) forward with legislation to aid the ultra-orthodox population’s inclusion into the wider Israeli society and burden sharing.

Whichever political bloc takes over the reins of the government after the upcoming elections, it will receive a governing position much better than what the Bennett-Lapid government inherited last year due to the successes of the past twelve months. Yet, not all is well, despite the achievements broadly listed above, mainly due to the unfolding of the domestic crisis since April 2022, which has led to the yet another snap elections season. Key legislations were held up due to the coalition infighting and the obstructing strategy of the opposition. As now Lapid takes over the premiership, he has four months to show as many successes as possible in order to make both domestic and external audience forget the chaotic spats of the last few months, while the Netanyahu camp will aim at reminding everyone that only the former PM can assure steady leadership to Israel.

Outside partners and enemies alike perceive that Israel is a house divided and cannot operate at its optimal capacity as a regional great power. The former, especially new and clandestine, partners are reluctant to give all to the cooperation and take political risks in order to attach themselves to an Israel, which might not deliver on its promises, while the latter are emboldened by the turmoil plaguing the Jewish state. It is exactly the dual nature of Israeli national power, which attracts foreign partners, as it is the only regional great power in the Middle East, which, unlike Turkey, Iran, Saudi Arabia or Egypt, is not a potential regional hegemon as well. Small and middle-sized regional states and outside actors all can be assured that, by cooperating with Israel, they can gain access to valuable financial, technological and military assets, without getting entangled into the power politics of a state aspiring for hegemonic power. However, Israel can only maintain its great power status despite its objective limitations (small territory and population combined with its otherness) if it is united, operates at near its maximum capability and not held back by domestic political strife.

Considering the above logic, Central European states should be well-advised to be concerned by the upcoming elections in Israel for two reasons. First is the threat of a general domestic instability which can bloc Israel from acting as a regional great power and a node for greater cooperation and stability in the Middle East. Instability in our Southeastern neighbourhood can lead to more mass migration, terrorism and other security threats, which would come in addition to the Russian aggression on Europe’s Eastern front. Secondly, a particular danger can be a miscalculation on the Israeli and Iranian side in their ongoing “shadow war” and the eruption of a full-fledged great power conflict in the Middle East. Such a miscalculation is more probable in times of domestic political crisis in Israel, as politicians are otherwise occupied, and can be more averse of showing weakness in face of enemy provocation. Hopefully, Iran and its allies fully understand the gravity of the situation and will be cautious in provoking Israel during its domestic challenges. The world would be hard pressed to endure a Middle Eastern great power war in parallel to the Russian invasion of Ukraine.

As for the results of the elections, aside from particular party interests and sympathies, it does not really matter for Central European states which side wins in Israel, but it would be beneficial if one side would win in an order of magnitude that stability and predictable political life would return to the Jewish state. To be honest, we got quickly used to Israeli governments under Netanyahu lasting for their allocated four years before 2018, but that was not the norm beforehand. Internal calamity and a lively democratic life is, in some sense, part of the image of Israel, for good or bad. Yet, without intentionally using double standards on the Jewish state, too much rests on Israel’s shoulders in economic, geopolitical and technological sense to have the “luxury” of being occupied with domestic political quagmire. From an outside perspective, it does not matter if the Bennett-Lapid experiment is brought back in a stronger form and continues to govern or if Netanyahu can reach out to the centre, and maybe even the left side of the Knesset, and come back atop a broad government. What is important is that the world needs a stable, wide Israeli government, addressing the needs of its whole population in order to act as a benevolent regional great power and an anchor for regional cooperation. We can only hope from Central Europe that the Israeli citizens will be able to elect a Knesset which brings stability to their country and thereby have positive rippling effects through their region to Europe and beyond.

About the Author
Zsolt Csepregi is a Non-resident Research Fellow at the Antall József Knowledge Centre, foreign policy think tank based in Budapest, Hungary. He previously held the position of Deputy Director for International Affairs at the Centre. He is an expert on Security Policy and the Eastern Mediterranean region, specialised in Israeli foreign policy. He is a former employee of the Israeli Cultural Institute in Budapest.
Related Topics
Related Posts